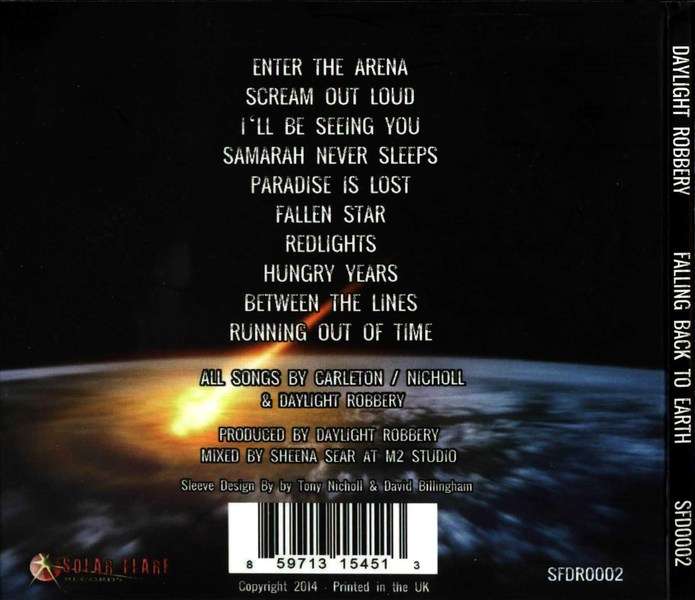 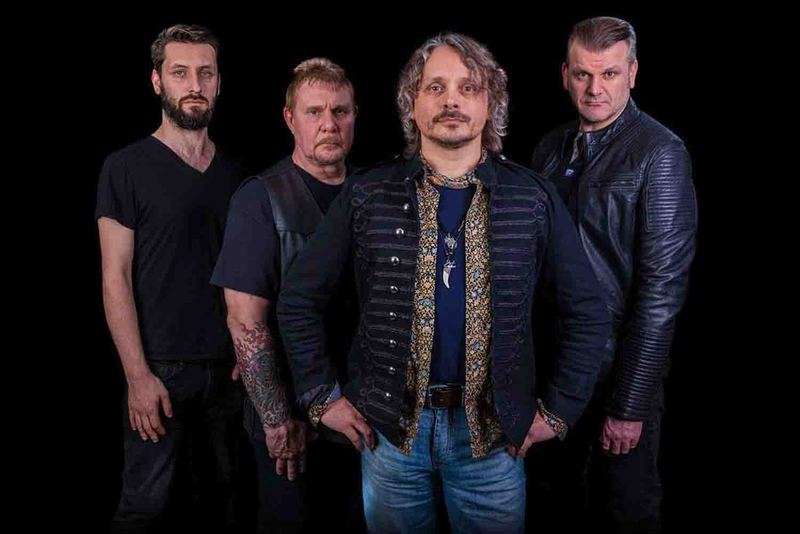 DAYLIGHT ROBBERY was formed by respected Birmingham rock musicians Tony Nicholl (vocals) and Mark Carleton (guitars) Murdoch (Bass)David Billingham (Keyboards) Chris Miller (Drums).With their unique style of Heavy Melodic AOR Daylight Robbery have secured themselves the crown of “The New kings of Heavy Melodic Rock”.The songs were so well recieved that their early demos were given air play on several Top rock radio stations to fantastic acclaim. The positive feedback enabled the band to secure their first support slots and again the band received terrific feedback from various rock publications including CLASSIC ROCK AOR MAGAZINE and PLANET AOR.COM.The reviews received enabled the band to secure support slots with Uriah Heep on their 2011 UK tour and with Arabia for their only midlands show for 2011. Another slot supporting a major rock act on a UK tour has already been scheduled for 2012 – all this before their debut album has even been released…

Upon the strength of their debut album, England's Daylight Robbery has been busy.They've supported Uriah Heep on tour, appeared with the likes Tesla, FM, and Danny Vaughn among others and, in the past year, appeared at UK's Sonisphere. Riding a shooting star that high may have been the reason for the title of their second album, Falling Back to Earth.Daylight Robbery: it's bright in space.It's basically another AOR melodic rock tour-de-force from the band. While they rock like it's Eighties deja vu, channeling the great from Toto to Journey to Dokken to [insert your favorit 80's band here], their sound is fresh and clean. Start anywhere. Production or individual musicianship. Composition or melody. Daylight Robbery has the requisite elements nailed down tight.There's strong lead vocals and dramatic vocal arrangements. Tight arrangements that reign in every member and intstrument. Keyboards that offer both texture and brightness. Harmony in guitar parts and impressive soaring solos. The rhythm moves with ease, comfortably keeping beat and pace. All this makes the songs sound rather large, terrifically, and anthem like, appropriate for a Sonisphere arena. Notable for such a venue would be Redlights, Samarah Never Sleeps, I'll Be Seeing You, and even Between The Lines. That latter song is one that blurs the line between anthem and ballad, having sweet synths, piano and guitar lines, and more than a bit of that Journey epic feeling. It's the best song here. All in all, this is solid AOR melodic rock with no filler: compact, complete and entertaining. Easily recommended.