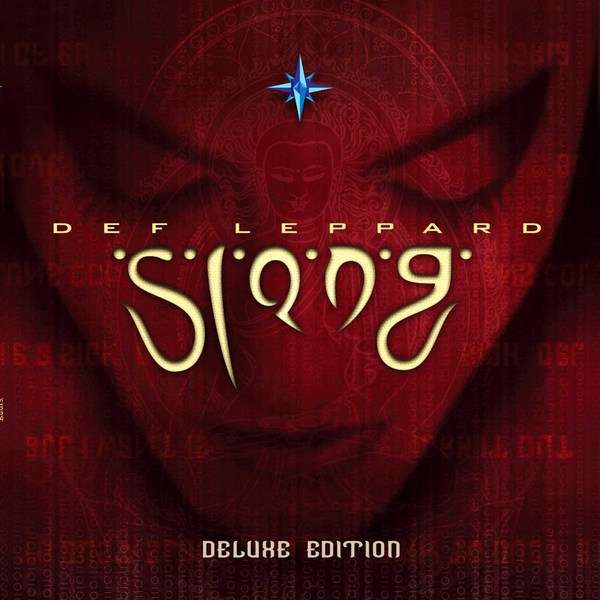 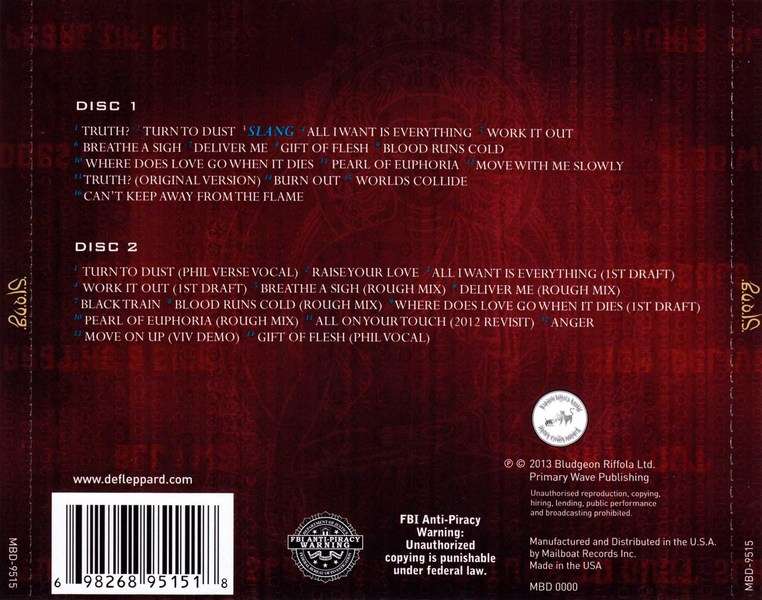 Def Leppard are an English rock band formed in 1977 in Sheffield as part of the New Wave of British Heavy Metal movement. Since 1992, the band has consisted of Rick Savage (bass, backing vocals), Joe Elliott (lead vocals), Rick Allen (drums, backing vocals), Phil Collen (guitar, backing vocals), and Vivian Campbell (guitar, backing vocals). This is the band's longest-standing line-up.Def Leppard reissuing today a Deluxe Edition of "Slang" available in three formats: a double CD, vinyl LP and Digital editions, containing the original 11 album tracks re-mastered and numerous bonus tracks previously unreleased."Slang" was their first record with guitarist Vivian Campbell following the death of Steve Clark in 1991. The album saw Def Leppard reacting to the grunge era by moving away from the ultra-polished sound masterminded by Mutt Lange – and although it didn’t sell as well as had their previous records it has come to be regarded as their most underrated work.

Slang is the sixth studio album by English rock band Def Leppard, released on 14 May 1996. The album marked a musical departure from their signature sound; it was produced by the band with Pete Woodroffe and was their first album since 1980 not to be produced by Robert John "Mutt" Lange. Slang is the first album with new material to feature new guitarist Vivian Campbell (Campbell had previously played on the B-side collection Retro Active in 1993 and on the new song on Vault a year earlier). It charted at #14 on the Billboard 200 and #5 on the UK Albums Chart.It is also the only Def Leppard album that does not feature their recognisable font logo on the album cover, though all its singles still bore the classic logo.