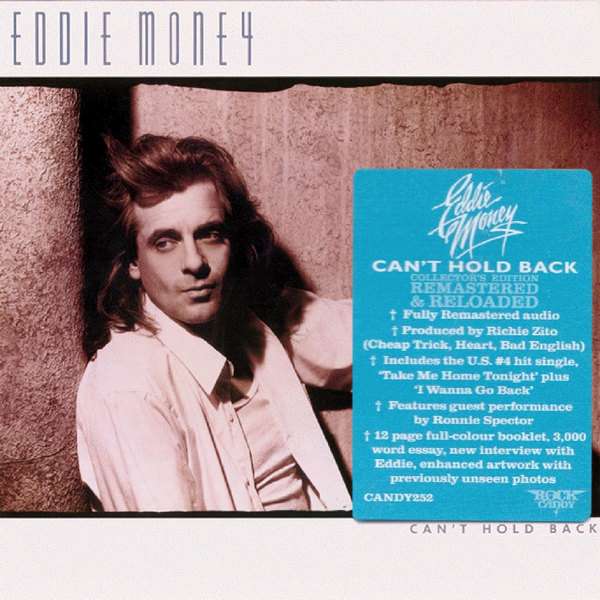 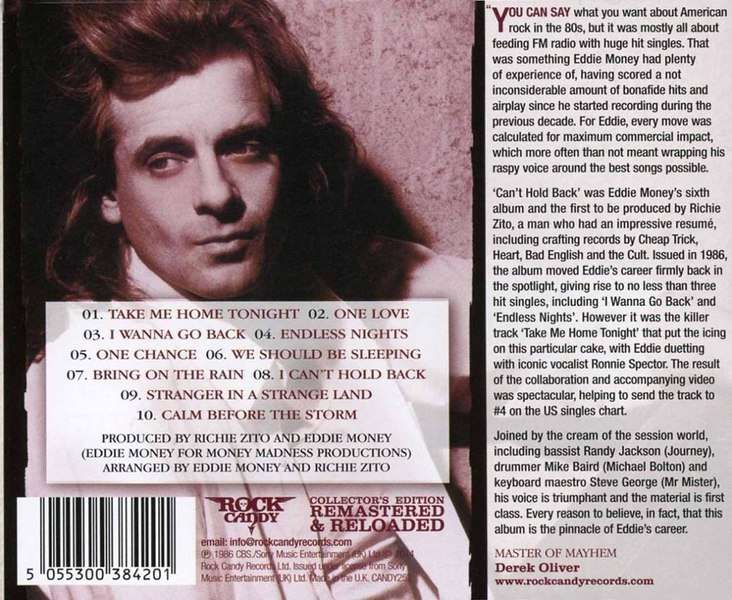 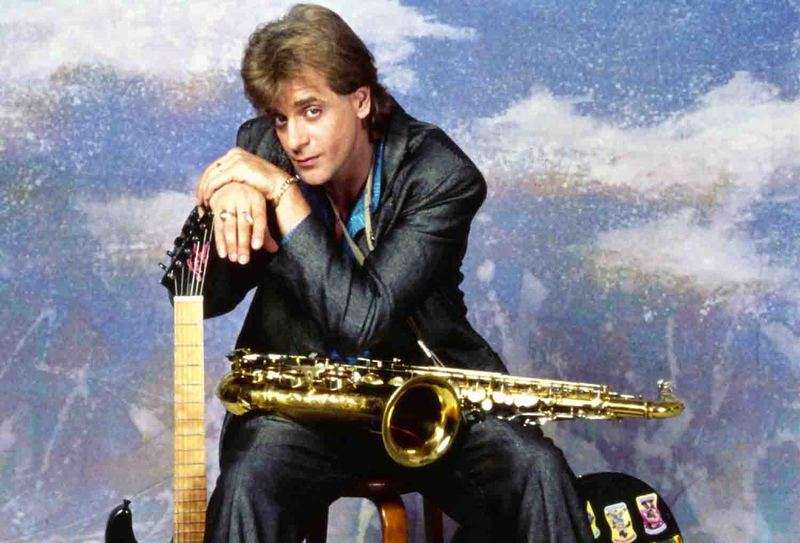 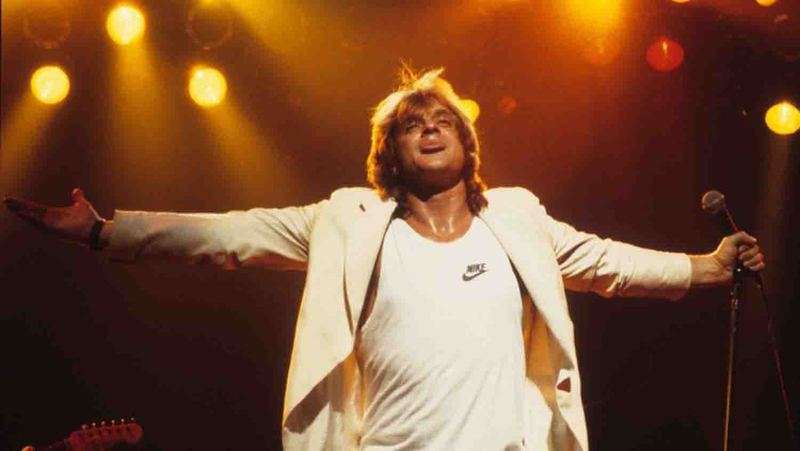 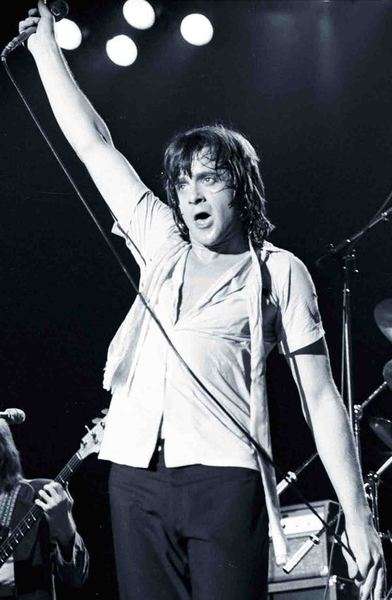 Edward Joseph Mahoney (March 21, 1949 – September 13, 2019), known professionally as Eddie Money, was an American singer and songwriter who, in the 1970s and 1980s, had eleven Top 40 songs, including "Baby Hold On", "Two Tickets to Paradise", "Think I'm in Love", "Shakin'", "Take Me Home Tonight", "I Wanna Go Back", "Walk on Water", and "The Love in Your Eyes". Critic Neil Genzlinger of the New York Times called him a working-class rocker and Kristin Hall of the Associated Press stated he had a husky voice.In 1987, he was nominated for a Grammy Award for Best Male Rock Vocal Performance for "Take Me Home Tonight".

Rock Candy specialists already re-issued EDDIE MONEY‘s early albums, now they’re presenting ‘Remastered & Reloaded’ versions of Eddie ’80s more AOR recordings.“Can’t Hold Back” is by far, our favorite Eddie Money album from the ’80s.You can say what you want about American rock in the ’80s, but it was mostly all about feeding FM radio with huge hit singles. That was something Eddie Money had plenty of experience of, having scored a not inconsiderable amount of bonafide hits and airplay since he started recording during the previous decade.For Eddie, every move was calculated for maximum commercial impact, which more often than not meant wrapping his raspy voice around the best songs possible.“Can’t Hold Back” was Eddie Money’s sixth album and the first to be produced by Richie Zito, a man with an impressive resume including crafting records by Cheap Trick, Heart, Bad English and The Cult.Issued in 1986, the album moved Eddie’s career firmly back in the spotlight, giving rise to no less than three hit singles, including ‘I Wanna Go Back’ and ‘Endless Nights’. However it was the killer track ‘Take Me Home Tonight’ that put the icing on this particular cake, with Eddie duetting with iconic vocalist Ronnie Spector.The result of the collaboration and accompanying video was spectacular, helping to send the track to #4 on the US singles chart.Joined by the cream of the session world including bassist Randy Jackson (Journey), drummer Mike Baird (Michael Bolton) and keyboard maestro Steve George (Mr. Mister), on “Can’t Hold Back” Eddie’s voice is triumphant and the material is first class.Every reason to believe, in fact, that this album is the pinnacle of Eddie’s career.This Rock Candy Deluxe Collector’s Edition delivers a full dynamic sound, brightly remastered from the original tapes.