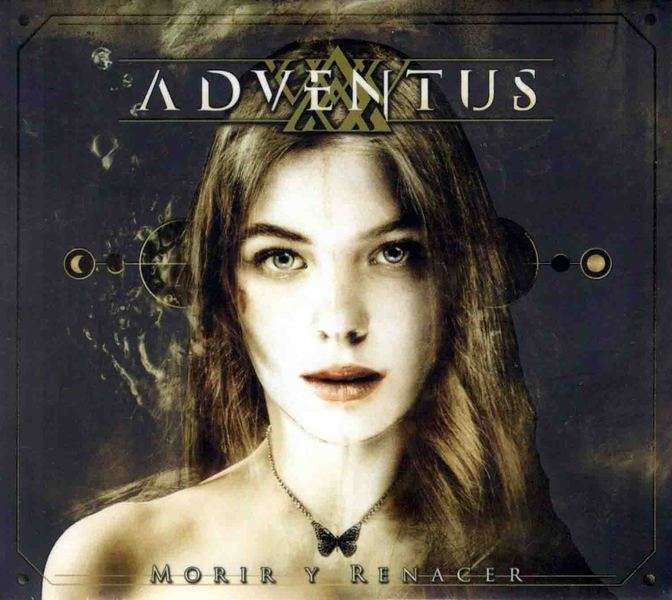 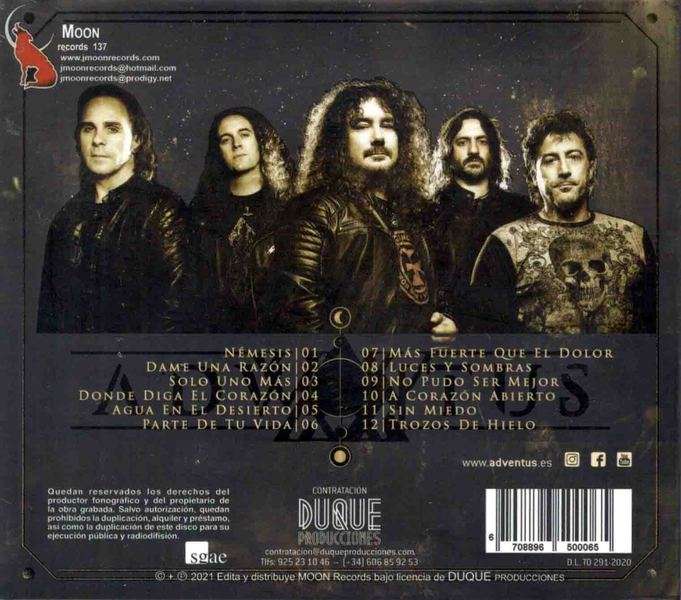 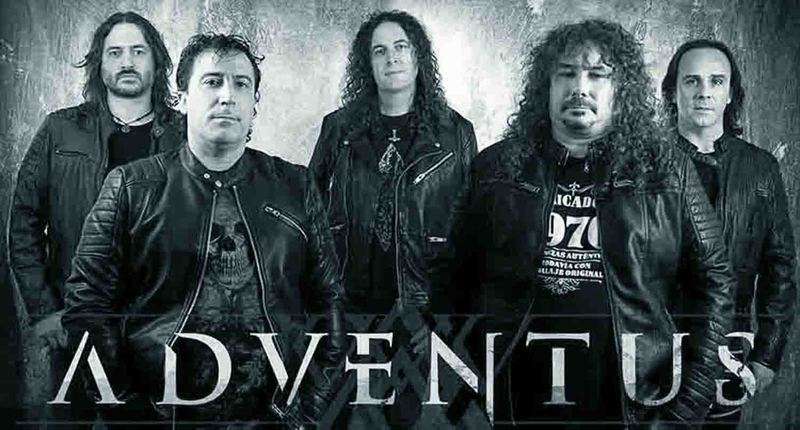 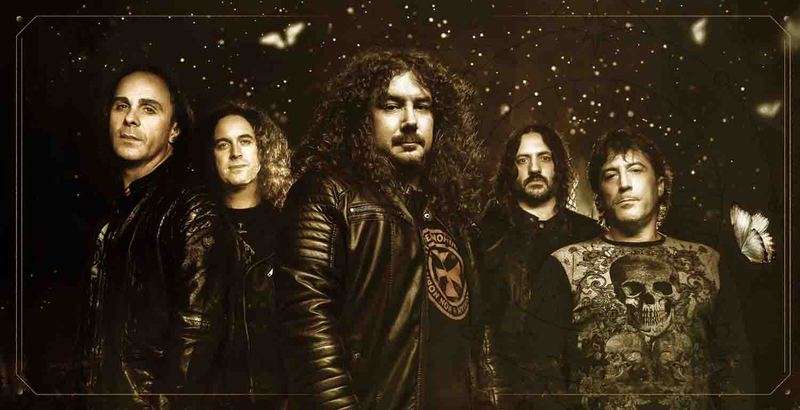 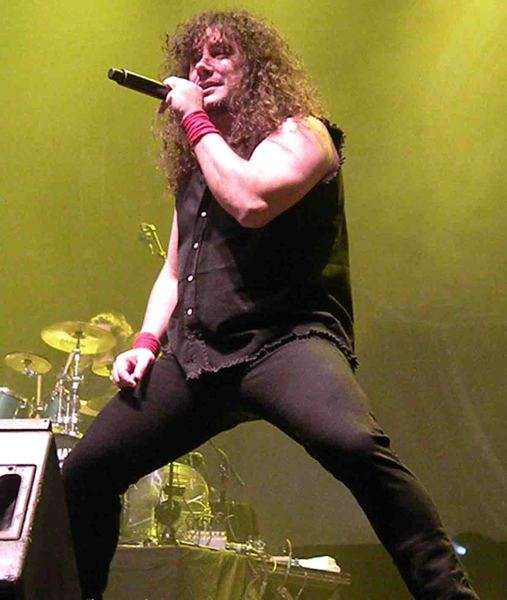 The band formed by Víctor García, Manuel Ramil, Fernando Mon, Luis Melero and Alberto Ardines.Their first album “Morir y Renacer”, an album that will be released in 2021.The band will debut with an album titled "Morir y Renacer" composed and produced by Manuel Ramil.Victor Garcia a few months ago he made the decision to stop with his band WARCRY looking for new challenges. Three years have passed since his last album "Where the silence was broken" and since then just a compilation of ballads with the title "Moments" where a new song was offered that was not up to par. Long time without offering new material, although the activity until last February had not stopped offering good live concerts both in the normal version and in the “Symphonic”. In his baggage ten studio albums with WARCRY, several live shows and three historic albums with Avalanch. ADVENTUS means a whole new challenge that you will surely enter with enthusiasm.

The band formed by Víctor García, Manuel Ramil, Fernando Mon, Luis Melero and Alberto Ardines has presented the cover of what will be their first album Morir y renacer, an album that will be released in December 2020. Both the cover and the artwork of the disc is the work of artist Daniel Alonso. All the design work for the album is the result of a search to translate the musical and lyric concept of the 11 songs that make up the album into images. Morir y renacer will be released on December 2 in pre-sale by Cd Music / Duque Producciones and will be distributed by Maldito Records.Sometimes it is a good option to see things in perspective, mature them, take distance, let them simmer until they come to fruition, and thus finally achieve the expectations that we had set ourselves and not accelerate the tempos to end up spoiling a project that could have been highly successful. And that is precisely what composer, keyboardist and producer Manuel Ramil has done in his new project Adventus. Although the relationship with their companions, the guitarist Fernando Mon, the bassist Luis Melero, the drummer Alberto Ardines, goes back a long time, the group could say that they took their time to work on the material that makes up "Morir Y Renacer" with the idea that it would be another old acquaintance of the members of the band, Víctor García, who would be in charge of the voices.That previous bond between the members of Adventus is what has led to the chemistry between them ending up leading to a collection of compositions that are familiar to the listener, although in no case can it be said that this new adventure is a continuation, or version 2.0, by Sauze, Avalanch or Warcry. However, as you can imagine, the unmistakable and characteristic timbre of the Australian-born vocalist ends up being essential when it comes to talking about the sound of Adventus. This new project had raised many expectations, and the truth is that after listening conscientiously to “Morir Y Renacer”, I cannot help but assert that we are facing the first step of a band that I believe has a lot to offer for future installments.A brief and bombastic interlude called "Nemesis", which combines the elegance of the piano notes and the melancholy printed by the string arrangements, will help the band, together with a disturbing narration, to capture the lyrical philosophy that this overwhelming debut contains. And it is that despite being a new project and with its own identity, the past of the Adventus components weighs heavily, impregnating pieces like “Dame Una Razón” with power metal and melody, perfectly capturing the contrast and duality that they forge the vigorous impetus of the guitars and the sublime cushion of keyboards that will give the court a neoclassical orientation. Another detail to highlight is the record of a Víctor García who feels much more comfortable, and not so forced, although that does not mean that the charismatic frontman has lost an iota of strength and intensity, but that he has managed to capture in his interpretation other intermediate tones that until now we did not know.The definitive confirmation that the sound of Adventus deliberately separates itself from the previous projects where its members had coincided can be found in “Solo Uno Más”, which opens with an energetic conjunction between guitars and keyboards, -which has nothing to envy of anybody. melodic metal band from northern Europe-, to let the rhythmic foundations along with a distinguished piano be in charge of conducting their verses until Víctor raises the level of intensity by attacking a vibrant chorus that will serve to put the icing on the cake to a piece that is destined to become an anthem for its followers. All those who lived intensely the metal power wave that besieged Europe in the second half of the nineties will surely love “Donde Diga El Corazón”, which compacts the consistency of the guitars, the overwhelming dynamism of its rhythm changes, the bombast of the keyboards, and the luminosity that radiates a letter that displays optimism and good vibes. In addition, once again, the high point will come with another of those vibrant duels that Mon and Ramil will star in before we dive into a final batch of refrains that invite you to be chanted with your fist raised.One of those chosen to unleash the most melodic facet of the quintet will be “Agua En El Desierto”, letting the guitars print one more point of power and intensity to grant an epic sieve, evoking for this the majesty of the settings and "Pharaonic" melodies. Perhaps the only downside that can be put to the song are some choruses that have been somewhat muted, since a greater presence in the mix would have given it a greater bite. The halfway point of the album is marked by "Parte De Tu Vida", the first of the ballads included in "Morir Y Renacer". A relaxed and intimate piece, which leaves us with the distressed notes of the piano enveloping the interpretation of a Victor who exudes claw, intensity and feeling. Yes, perhaps someone can say that it sounds a bit naked, but the truth is that it is in numbers like this, -without ornaments or excessive flourishes-, when the artists manage to move and connect with the listener.“More Strong Than El Dolor” was chosen as the first single from “Morir Y Renacer”, and although surely many wanted to see the connections with Wa