With the release of its first album The Cosmocinesy (BrennusMusic) in 2009, Qantice received a warm welcome from the Prog/Power Metal press and fans, but also extended its reach beyond metal. In 2010, Qantice hit the stages in their home country, France. Meanwhile, Tony put the finishing touches on the book La Cosmocinésie co-written by author Marie Fontaine and had it released through Editions Argemmios in 2012.

For this awaited new release,and to replace the first singer Vince who's now fully dedicating himself to his own band Agone Angel, the French metallers recruited Norwegian vocal sensation Pellek (almost 3 million views on YouTube, last solo album charting No2 on iTunes Norway, also singer in Damnation Angels) to go into hyperdrive and aim for the stars! This follow-up to the TheCosmocinesy also gathers big names : The Phantonauts was produced by keyboardist and producer Kevin Codfert (Adagio, Myrath), mastered by Jens Bogren (Symphony X, Dragonforce) and features guest appearances from ZaherZorgati (Myrath) and Yossi Sassi (Orphaned Land). The result is 11 tracks of other-worldly epicness in which fantasy atmospheres meet jaw-dropping virtuosity and where a whole new meaning is given to the genre "Movie Metal". 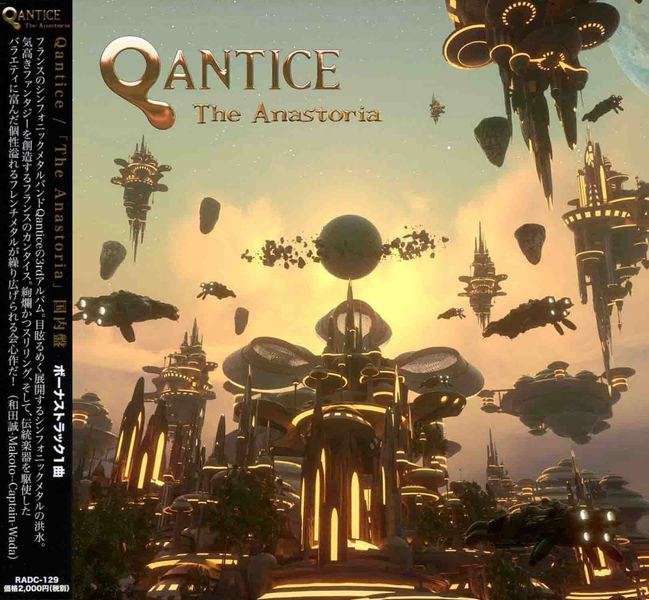 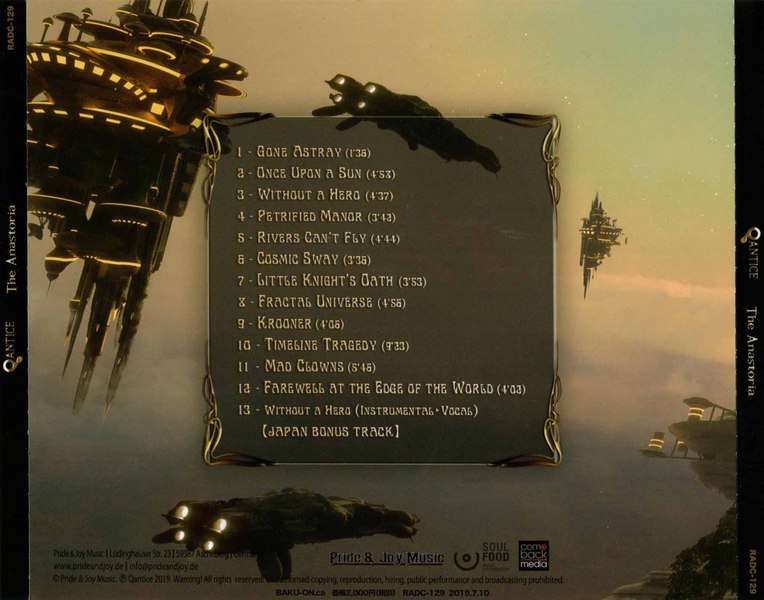 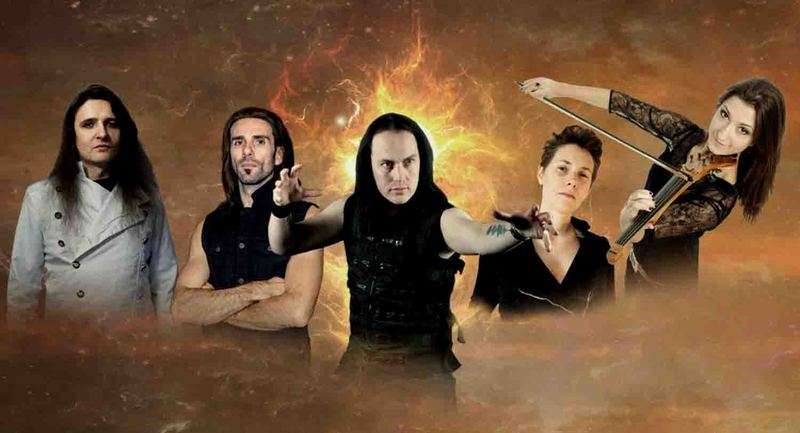 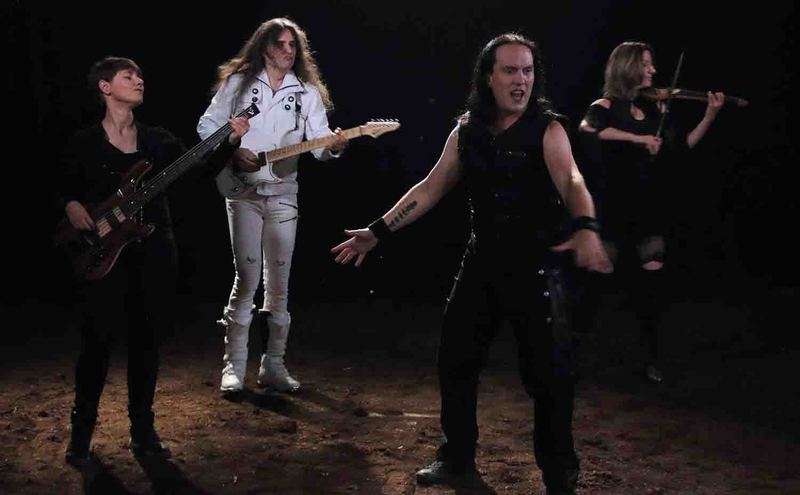 Qantice is more than your average virtuoso symphonic metal band. Its sci-fi saga encompasses both a story and the craziest sci fi/fantasy movie atmospheres. Enriched by a violinist and various traditional instruments, the sound of the French quintet is unique in this scene. On their previous album “The Phantonauts”, Qantice had gathered prestigious names like PelleK (3 million subscribers on YouTube) as lead vocalist, Zaher Zorgati (Myrath) or Yossi Sassi (ex-Orphaned Land). Then, in 2016, the band recruited Swedish singer David Akesson (Aldaria, Vivaldi Metal Project, Six Foot Six, ex-Moonlight Agony) to share the stage with Luca Turilli’s Rhapsody on their European tour and then Myrath in Paris. Thanks to a line-up strengthened by touring together, the band’s chemistry is stronger than ever, making this third album their most epic and collaborative effort yet. With Kevin Codfert (Adagio, Myrath) on production and many surprises such as Italian opera tenor Riccardo Cecci from Luca Turilli’s Rhapsody, here’s a new offering of pure epicness, served by the biggest orchestras and choirs ever deployed in a Qantice album.

QANTICE, hailing from France is the evidence that symphonic metal still has lots of tricks to reveal. More than just your typical symphonic metal, QANTICE combines elements that create a very progressive, unpredictable, anthemic, positive, and energy-filled kind of music. This is that kind of power metal variety that will put a childish grin in your face throughout its playtime.The very first song will hook you instantly. The positive energy it possesses is reminiscent of TWILIGHT FORCE’s “Heroes of Mighty Magic”. Orchestral arrangements are on top form, and the shredfest is on. David Åkesson’s voice nearly sounds exactly like Fabio Lione, but with a much higher pitch. The single “Without a Hero” is a true epic anthem. It has a mid-paced tempo, a massive buildup between the verses and choruses, a hooking pre-chorus and a ridiculously catchy chorus. I love how loud the bass is in this track, as it puts strong bedrock of sound while letting the guitars and orchestras run the show.What’s been the dominating element in the album except for the big symphonies is Aurélien’s crazy fast drumming. This provides the crunch in every song and also provides a thunderous layer beneath the symphonic façade.While aggressive tempo is the name of the game for most of the tracks, the album also has a share of a power ballad in “Cosmic Sway”. Here they have shown their classic slow rock side especially on guitars, and the solo says it all. However, despite the heavy emotions expressed in the song, they still managed to give it a touch of magic. As the album progresses, you’ll also notice that no song sounds exactly like the other but the positive aura is omnipresent.Among the songs stand two tracks (except “Without a Hero”) that has a very unique appeal. First is “Rivers Can’t Fly”. Here, they exhibited their ultimate classical and folk prowess – from the intro, the riffs, the passages and the solo. It possesses a really high energy and a very catchy and anthemic chorus. The other song is “Little Knight’s Oath”. This song is sure to keep you smiling for full four minutes. The marching tune of the intro lead by the drums, trumpet and violin is a showstopper. The overall mood of the song is simply happy. The adventurous vibe is the heart and soul of the song.Pride and Joy Music did it again. This label is one of those labels that consistently release high quality power metal albums. The album will surely get the approval of symphonic power metal fans with ease. The band has a lot of talent to showcase, and with a new vocalist and violinist in the lineup, you know this band still has lots of horizons to explore and crafts to develop.