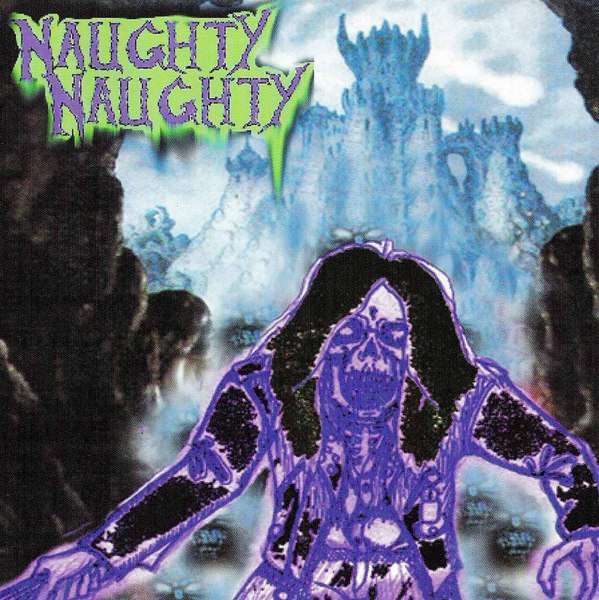 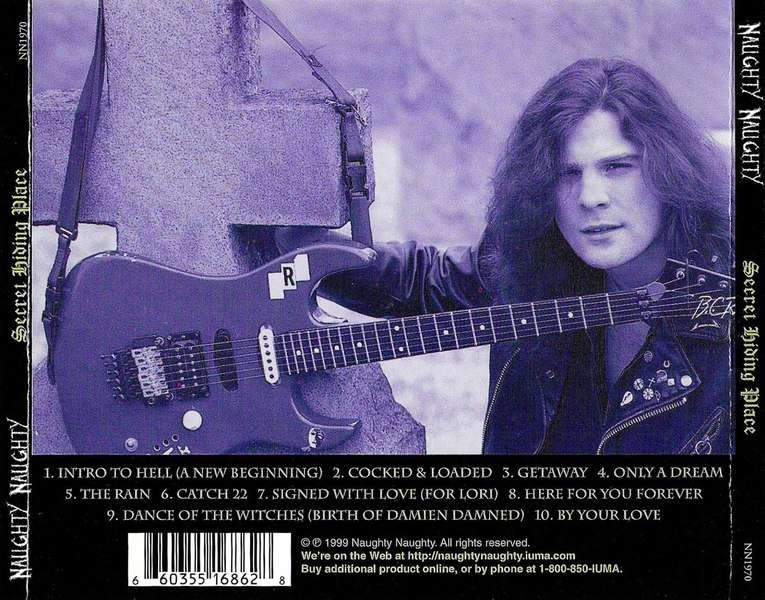 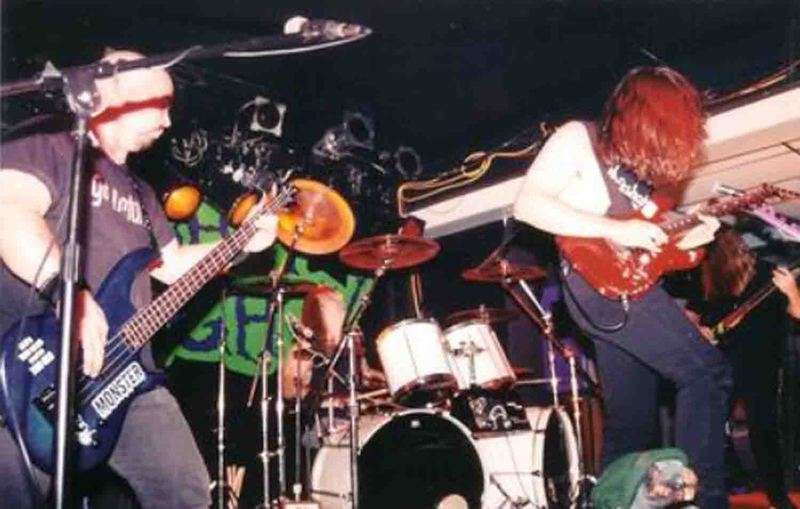 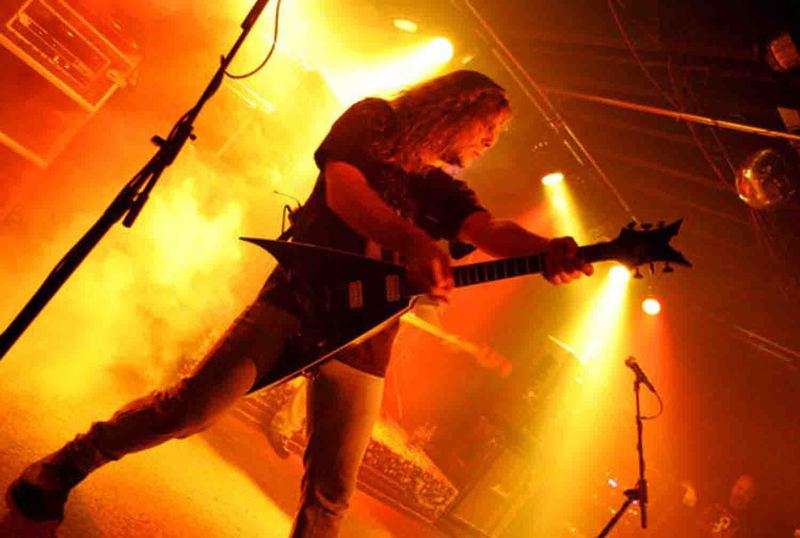 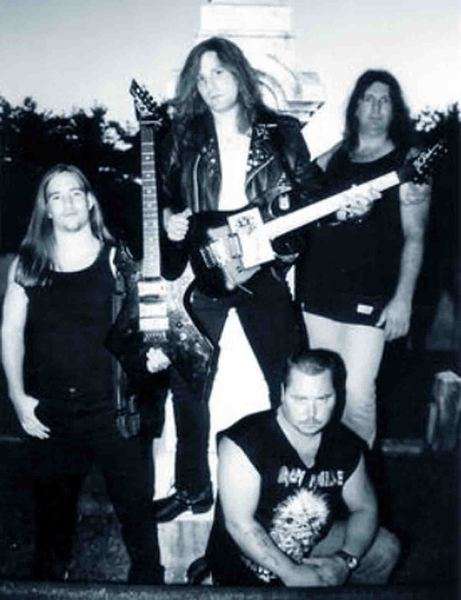 Band formed in 1995 in Elkton, Maryland, US. Ernie Carletti - is an American guitarist born Apr 9th, 1975 in Childs, Maryland who played with Iced Earth, Slik Helvetika and Naughty Naughty.Mastering his craft beyond 19 years and teaching guitar lessons to 100 students weekly in excess of 16 years, Carletti is equally versed in styles such as Classical and Jazz but his first love is Heavy Metal “shredding”.The central figure of Iced Earth is guitarist and songwriter Jon Schaffer who originally formed the band as Purgatory in 1984. Though the band has undergone numerous line-up changes since its inception, Schaffer has remained steadfast in his passion to thrash. Schaffer officially announced the addition of Carletti on the band’s message board on Friday June, 30.“After auditioning some very good guitar players I've made a decision. The man who will be handling the majority of the guitar solos on the next record as well as touring with us on ‘The Wicked World Tour’ is an awesome player named Ernie Carletti,” said Schaffer. “He is a world class player and truly one of the best guitarists I've had the pleasure of meeting and hanging with. We're going to make a good team, I'm sure.”For the past two years Carletti has focused his attention on advancing as a performer on the world stage. During a brief stint with Allentown area band Slikhelvetika, Carletti discovered Impact Artist Promotions and employed their vast array of artist marketing and promotional services. Here Carletti “amped it up” with a full-scale customized IAP artist identity package including website, live and studio photography, press kits, logo design, promotional prints, posters, fliers and more. This package proved to be the catalyst needed to expose his titanic talents to the world.Shortly after, Carletti landed and advanced some key national endorsements the likes of Gibson Gear, Voodoo Amps, Voodoo Lab, Hot Picks USA, TurboTrem and Damage Control. But arguably the most significant proved to be with Bernie Rico Jr. Guitars.According to Carletti, Jon Schaffer was introduced to Carletti’s skills through Bernie Rico Jr. Like his father who founded B.C. Rich Guitars, Rico Jr. is a highly respected and talented guitar luthier. Soon after meeting Carletti, Rico Jr. was crafting and distributing two Ernie Carletti signature model guitars (the “Dr. Jekyll” and the “Mr. Hyde”) and featuring Carletti in the Bernie Rico Jr. Guitars booth at the 2006 NAMM conference in Anaheim, CA.After getting the call from Rico Jr., Schaffer hit erniecarletti.com to see and hear what Carletti was all about. Several lengthy phone calls followed and Carletti was on his way to Schaffer’s Indiana home to audition for the part.“I had the pleasure of meeting Jon Schaffer two weeks ago,” said Carletti. “We get along great! Jon and his wife welcomed me into their home for the weekend and we had a blast! I am honored to be in Iced Earth and to share in the recording and world tour of the new record. I want to thank Jon for giving me the chance to play in Iced Earth, and to Bernie… for hooking the two of us up.”Joining Schaffer and Carletti in Iced Earth will be Tim “Ripper” Owens (Judas Priest) on vocals and Bobby Jarzombek (Juggernaut, Riot) on drums. Schaffer is currently auditioning bassists to fill-out the line-up while wrapping-up writing for the new album.Other past projects to which Carletti has contributed his talents include Mazkerade, Oversoul, Uforia, Scream Clan, Naughty Naughty and Blackball.On September 19, 2006, Ernie Carletti was arrested on multiple rape counts stemming from a 2003 incident in which he allegedly held a University of Delaware woman at gunpoint, kidnapped, transported, and restrained her where he then raped her multiple times. He was held on $335,000 Cash Bond at Gander Hill prison in Delaware.In January 2008 Carletti was found guilty of the charges and sentenced to 33 years in prison.

If you like 80's classic metal, this is the band for you. It has the classic rock/metal tones then it switches on you and goes into some of the nicest riffing out there. I saw this band live a couple of times and the kick [butt] live. Check em out. If you like the 80's metal sound you will love these guys.