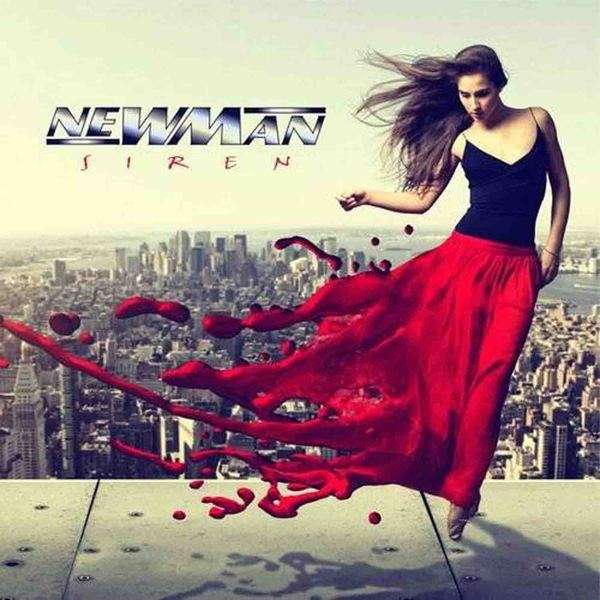 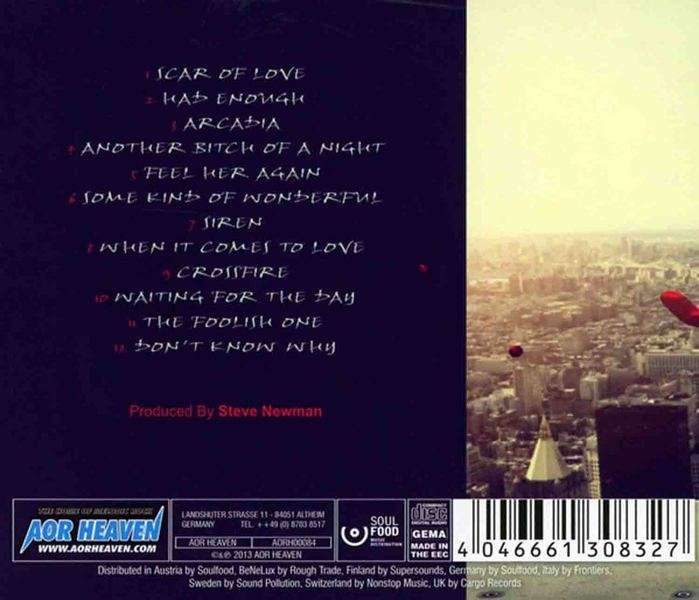 Steve Newman was born in Bedford on July 3rd 1966 and 14 years later was to pick up his first acoustic guitar. It wasn't long before he acquired an electric guitar and formed his first band with school buddy Kim Beadle. He continued to play guitar and experiment with various studio equipment such as drum machines and keyboards. At the age of 16 he joined the college band Early Warning and played numerous gigs to enthusiastic audiences for the following 2 years. All this time Steve was writing and recording songs by very basic means, recording guitars on one tape player then playing the tape back and singing vocals while recording onto a second tape player!In 1984 Steve was asked by John Gilmore to join the Southsea based melodic rock band Jaded Heart as lead guitarist. The five piece band began to write songs together heavily influenced by bands such as Tobruk and the very popular Portsmouth band Explorer. Unfortunately they were never to play live, although they did record a 3 track demo receiving great reviews, shortly after this the band broke up.After a break from the scene in 1988 Steve went on to co-form the Pop Rock band Cloud 10 and his strengths as a songwriter were truly realized. At this point in time Steve's writing was heavily influenced by bands such as The Outfield, Van Stephenson and Sugarcreek. The band, consisting of members Steve on Guitar, Bill Leath(Guitars),Ginge Shurman(Bass), Andy Briar (Drums) were to later be joined by vocalist Darren Ball. The band continued to rehearse and tighten up their sound, eventually producing some recorded rehearsals which caught the attention of Queen's management company. After playing a few shows the band were to eventually split up due to.... you guessed it!... musical, and personal differences.Steve then went back to an intensive period of songwriting after being frustrated by the confines of a band. All this time he had kept in contact with John Gilmore, and after a few lengthy phone calls they decided that the time was right to form another band. Shere Khan was born, they inlisted the help of Johns younger brother Chris Gilmore, on drums, Iain Jacobson on Bass, and the ex Wildfyre, XS singer Phil Bennett. Steve was back in the driving seat writing songs with John, this time in a more heavier direction and influenced by bands such as Bonfire and TNT. After 2 years and a name change to Cairo the band was to go from strength to strength, entering the Southsea Battle of the Bands competition and completing a string of dates including some live appearances at festivals in London. The band then became a four piece after John and Chris decided to leave, Chris was replaced by Mark Mulholland on drums and the group continued to gig regularly until it's final demise in 1993.After a short break from music, disillusioned at the scene and lack of support for rock music in general Steve then started to write songs which would form the basis of the first Newman album. During this time he received a call from Mark Mulholland asking him if he would like to audition for a band that Mark Thompson-Smith (Idol Rich, Praying Mantis) was putting together. He agreed and was soon in rehearsal for returning to the live scene in the Mark Thompson-Smith Band. Unfortunately, due to the drummer being seriously ill the band was put on hold indefinitely. However, through this meeting both Steve and Mark TS would form a great friendship and mutual respect for one another.Steve went back to writing more songs and asked Mark TS if he would like to sing on the album he was putting together, however, unfortunately, due to Mark's other commitments he was unable to find the time needed. Steve then set about trying searching for another vocalist but very soon realized that good ones were not easy to find. After another year and the album musically completed he decided to go into the studio and sing the songs himself. Another few weeks of frustration and hard work ensued but finally he was happy with the results. Steve submitted the recordings to Ivan Gunn, who was so impressed with what he heard he approached Point Music in Germany. It was at this time that Ivan suggested that the songs would need to be re-recorded. Lionel Hicks was approached to work on the album and although he was very keen to work on the production unfortunately his commitments with his band Balance Of Power were too great at the time. Ivan then approached Chris Jones (Freefall, Kick) to work on the album and after a couple of meetings in London Steve and Chris went about planning how the album should be recorded. Steve inlisted the help of William Marshall to play bass and Mark Mulholland to contribute drums.

NEWMAN is a melodic Rock / AOR band, emerging from the United Kingdom, formed by vocalist Steve Newman. Since 1998 melodic Rock artist Newman have released quite a selection of release, you ought to check out his website for the numerous examples. Through AOR Heaven, Newman releases his tenth album “Siren”.“Had Enough” was an easy choice as the album’s best on my bill, an addictive anthem, catchy as it figures, amazing AOR sensation, memorable riffs, crushing guitar solo, a flip back to FOREIGNER Little similarity to FOREIGNER. “Scar Of Love”, opening the album, has quite an energy, cool rocker and well recorded drum and bass, Newman as a vocalist is quite nice, I like his style. “Another Bitch Of A Night”, heavier with its riffs, smacking WHITESNAKE igniting the Blues, catchy, classy, the works. “When It Comes To Love” is a one of the old guitar, a remembrance of the mighty early 80s and late 70s of the genre, great vintage Hard Rock, no need for further heaviness. “Some Kind Of Wonderful” has some great drumming, modern like keyboards, kick ass riffing, a little strong for your average AOR, the soloing nearly dropped me to my knees. “Feel Her Again” sliding between Popish features and energetic Rock, with a similarity to WET, taking its toll, starring as an 80s Hard Rock emblem. “Don’t Know Why” shares a few pointers off “Hold The Line” by TOTO, a sure classic rocker, 70s oriented with an incredible solo effort. The beautiful ballad “The Foolish One” is taking it nice and slow, highly harmonic, an AOR power moment.Others that would fit your nature are: “Crossfire” cracking with heaviness, titled track “Siren” is melodic with various of vocal similarities to Jorn Lande and “Arcadia” where I really enjoyed the lyrics and the great riffery effort.Summing this one up Steve Newman is the creator of a hearted Hard Rock, ranging between the genre’s classiest decades. “Siren” is a melodic piece of mastery, well written, catchy as hell with fine musicians to accompany its proceedings. Newman as a frontman is darn impressive, fluent and powerful. Fans of NEWMAN will have an unbelievable time with this one; of course also fans of Hard Rock and AOR. Get ready to hear the sirens call.