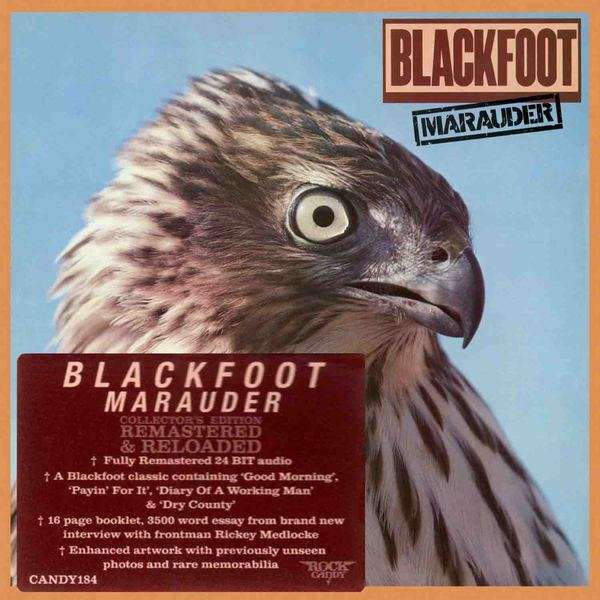 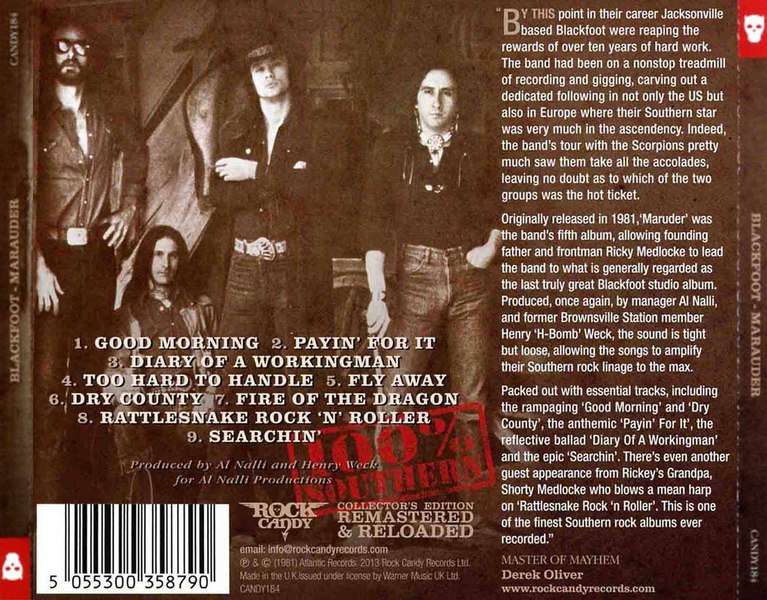 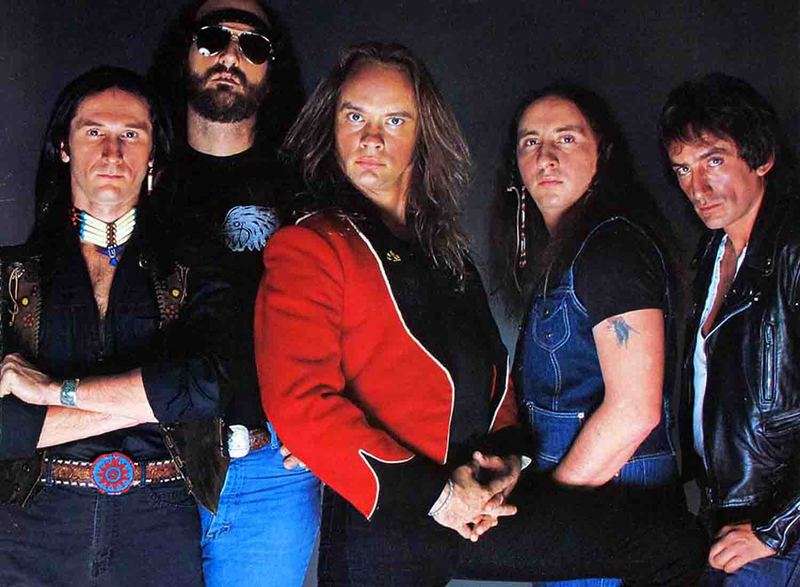 Blackfoot is an American Southern rock musical ensemble from Jacksonville, Florida organized during 1970. Though they are primarily a Southern rock band, they are also known as a hard rock act.The band's classic lineup consisted of guitarist and vocalist Rickey Medlocke, guitarist Charlie Hargrett, bassist Greg T. Walker, and drummer Jakson Spires.They have had a number of successful albums during the 1970s and early 1980s, including Strikes (1979), Tomcattin' (1980) and Marauder (1981).If there’s one thing Rickey Medlocke can’t do, it’s sit still. The Blackfoot cofounder and Lynyrd Skynyrd guitarist is constantly looking for ways to challenge his creative impulses, and his latest pet project has been to shepherd the next-generation incarnation of his beloved Blackfoot. Under Medlocke’s steady guidance, the Florida-based foursome — lead guitarist/vocalist Tim Rossi, guitarist/vocalist Rick Krasowski, bassist Brian Carpenter, and drummer Matt Anastasi - has been jamming together live under the vaunted Blackfoot banner for quite some time, and now they’re ready to release a hard-charging new album on Loud & Proud Records, Southern Native, that beautifully meshes traditional tones with modern sensibilities.

Here’s BLACKFOOT legendary album Remastered & Reloaded by Rock Candy Records.Let’s go with the killer “Marauder“. By this point in their career Jacksonville based Blackfoot were reaping the rewards of over ten years of dedicated work. The band had been on a nonstop treadmill of recording and gigging, carving out a dedicated following in not only the US but also in Europe where their southern star was very much in the ascendancy.Indeed, the band’s tour with the Scorpions pretty much saw them take all the accolades leaving no doubt as to which of the two groups was the hot ticket.Scorpions’ Klaus Meine said; “Blackfoot surprised with their incredibly energetic show and quality musicianship. They were better than us on stage”.Produced, once again, by manager Al Nalli, and former Brownsville Station member Henry ‘H-Bomb’ Weck, the sound on “Marauder” is tight but loose, allowing the songs to amplify their southern rock linage to the max.Packed out with essential tracks, including the rampaging ‘Good Morning’ and ‘Dry County’, the anthemic ‘Payin’ For It’, the reflective ballad ‘Diary Of A Working Man’ and the epic ‘Searchin’, this album rocks with loads of groove.There’s even another guest appearance from Rickey’s grandpa, Shorty Medlocke, who blows a mean harp on ‘Rattlesnake Rock ‘n Roller’.“Maruder’ was Blackfoot’s fifth album, allowing founding father and frontman Ricky Medlocke to lead the band to what is generally regarded as the last truly great Blackfoot studio album, purely hard, driving rock.This is one of the finest southern rock albums ever recorded, and this Rock Candy remastering job loud & punchy but not brickwalled.