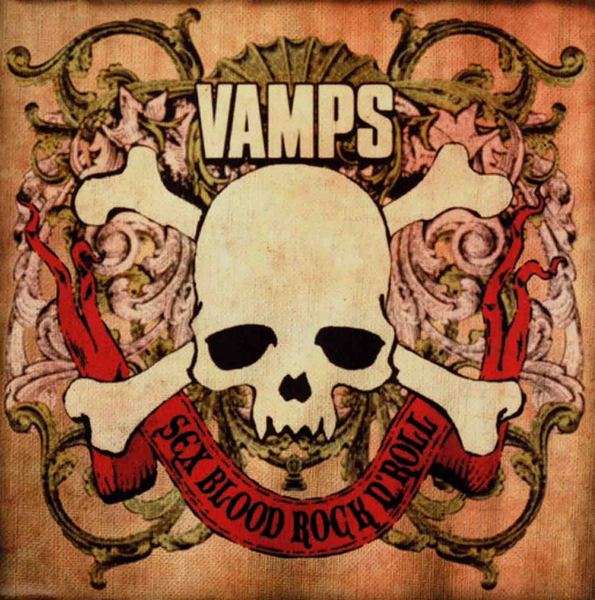 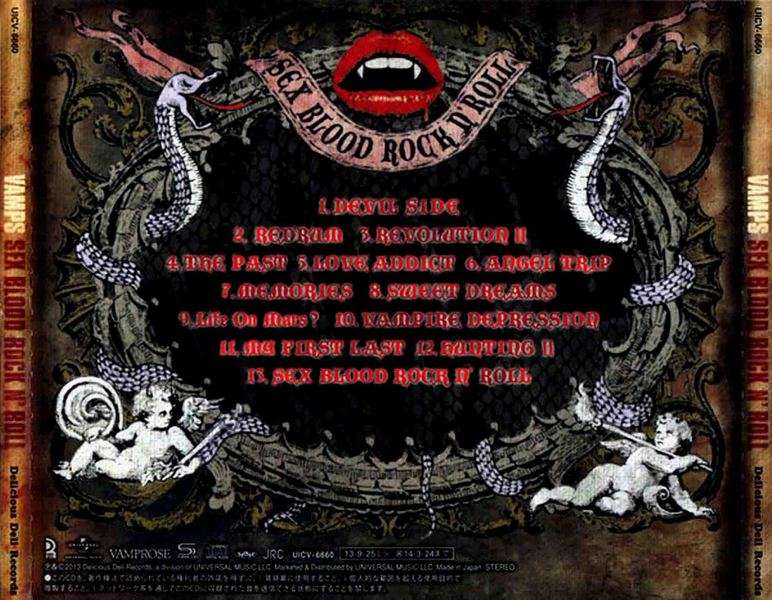 Formed by HYDE (L'Arc～en～Ciel) and K.A.Z (Oblivion Dust) in 2008.In the seven years since their formation, they have played a total of more than 350 live shows in both Japan and overseas. VAMPS play a variety of gig styles, including their signature “take-over” style tours at ZEPP venues throughout Japan, as well as Arena performances, outdoor events, and their very own annual Halloween Event.Aiming for the international music scene, in 2009 they performed 10 shows in the US and in 2010 successfully completed a World Tour performing in Asia, Europe, and both North and South America.In 2013, VAMPS signed with Universal Music/Delicious Deli Records, and in the same year released their album “SEX BLOOD ROCK N’ROLL” to 118 countries worldwide.At the same time, they teamed up with LIVE NATION, known for producing concerts on an international scale, and took a big leap towards global advancement.On June 6, 2014, they released “VAMPS LIVE 2014: LONDON” on DVD/Blu-Ray, which captures footage of their successful show in London that year. That same month, they performed at DOWNLOAD FESTIVAL, one of the UK’s biggest outdoor rock festivals.On August 20, 2014, they released their 9th single “GET AWAY / THE JOLLY ROGER,” followed by their 10th single “VAMPIRE’S LOVE” on October 8th. On October 29th, after almost four years, their new original album “BLOODSUCKERS” was released.

Sex Blood Rock n' Roll is the "best of Vamps" album, released on September 25, 2013. It is also the first Vamp's album to be released overseas. In addition to the album including already released songs, it also includes new recordings of the same songs, as well as re-recording of all English songs, and a remix. The album reached number 2 on the Oricon chart.Recommended to anyone who likes good, straightforward Rock music with a Goth edge.I really didn't know quite what to expect from this one. Vamps (JPN) are a Japanese band, (no shit), who have re-recorded their best songs in English in an attempt to friendly up their output for us lazy non-Japanese people. Expectations say it should be mad and a bit awful... except that it isn't.Vocalist Hyde and guitarist K.A.Z. are anything but poor as is evidenced by the quite stunning opening track 'Devil Side'; a fast, melodic song that melds together the best parts of Metal and modern Indie music (and a sprinkle of U2), with the result immediately likeable for fans of either. As this a compilation of the band's previous albums it's no surprise that the style varies and although it's all heavy as buggery, Vamps skate alongside Techno Rock ('Revolution II'), My Chemical Romance ('Angel Trip') and just plain bad ('Life On Mars').This website uses cookies to help us give you the best experience when you visit. Cookies used for the essential operation of the site have already been set. By continuing to browse the site you are agreeing to our use of cookies. To find out more about the cookies we use and how to delete them, see our Privacy Statement.The latter cover, which is pretty awful, is preceded by a rather wet and uninspired ballad, 'Sweet Dreams' and to be honest the later ballad 'My First Last' is also rather dull. That said there's a lot to like about all the other tracks with loads of energy all over the place.Vamps (JPN) certainly do a good job of playing with the big boys of Goth Punk, delivering a good few powerhouse tracks that could be played in clubs anywhere in the world. The ballads aren't to my own taste and the Bowie cover should have been left back in Japan, but even with these I can still recommend this album to anyone who likes good, straightforward Rock music with a Goth edge.