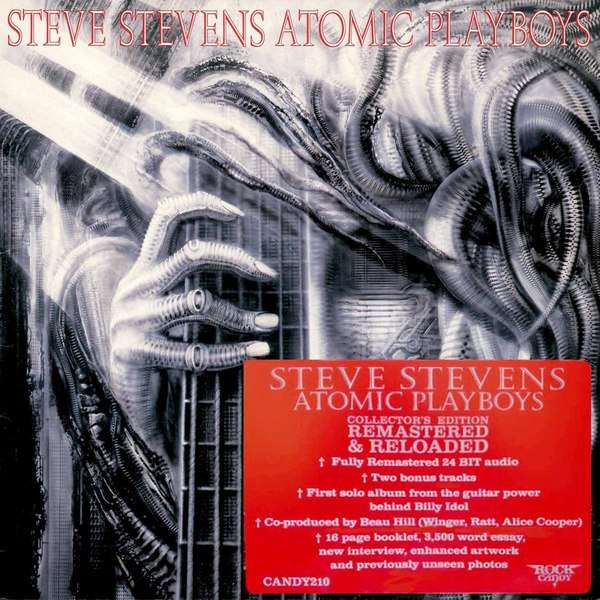 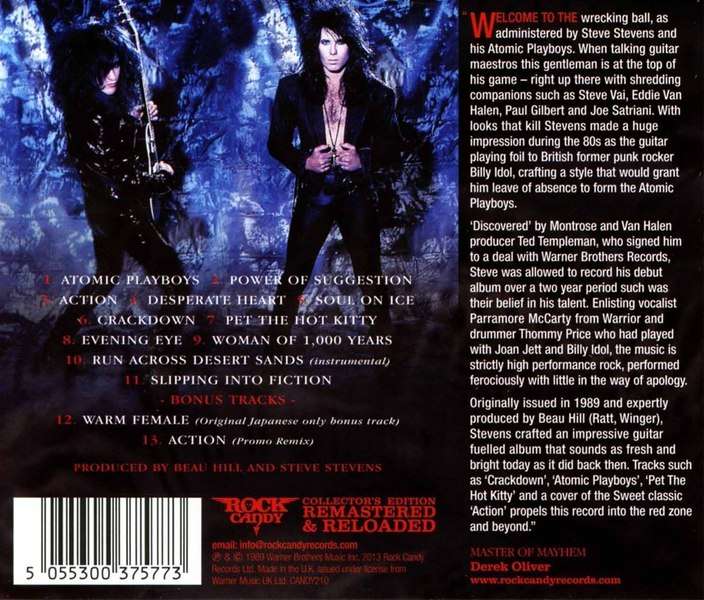 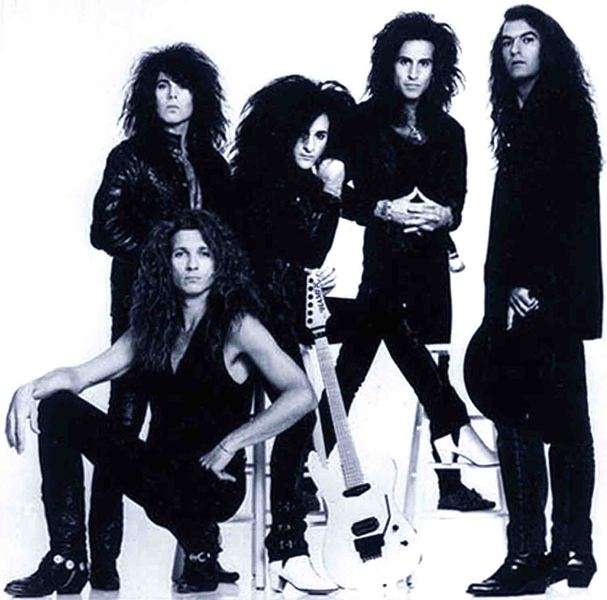 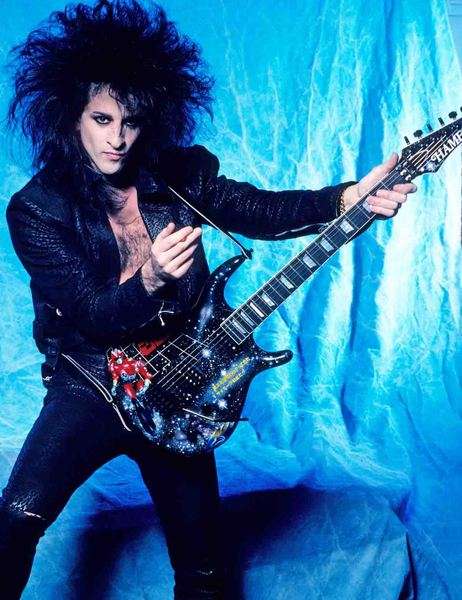 Steve Stevens (born Steven Bruce Schneider; May 5, 1959) is an American guitarist and songwriter. He is best known as Billy Idol's guitarist and songwriting collaborator,and for his lead guitar work on the theme to Top Gun – "Top Gun Anthem" – for which he won a Grammy in 1987: Best Pop Instrumental Performance. Stevens has played for Michael Jackson, Ric Ocasek, Robert Palmer and many others.Stevens was in Vince Neil's band in 1993, touring and recording on Neil's album Exposed. In 1995, Stevens and Idol were briefly members of the group Neurotic Outsiders. Stevens was a founding member of the supergroup Bozzio Levin Stevens, which released Black Light Syndrome in 1997 and Situation Dangerous in 2000. He brought Spanish flamenco guitar stylings to the song "Pistolero" (1999) for the trance group Juno Reactor. During 2012–2016, Stevens appeared with Kings of Chaos. His "Steve Stevens" group headlined the closing performance at the Musikmesse in Frankfurt, Germany, in April 2016. He is also a television personality on the E! show Married to Rock, alongside his wife, Josie Stevens.His solo album releases include Atomic Playboys (1989),Flamenco a Go-Go (2000), and Memory Crash (2008).

Atomic Playboys is the first studio album by guitarist Steve Stevens, released in 1989 through Warner Bros. Records; a remastered edition containing two bonus tracks was reissued on August 5, 2013 through Rock Candy Records.The album reached No. 119 on the U.S. Billboard 200 chart.The cover art was done by surrealist artist H.R. Giger, who designed the Xenomorph creature in the Alien film series.Atomic Playboys was also the name of Stevens' band at the time, which was only meant to be a one-album effort upon him being signed to Warner Bros. In a 2001 interview, when asked about the possibly of reforming the group, Stevens replied: "Absolutely not. That group was a very expensive hobby".The title track was used by Australian television network The Nine Network for the closing credits of their Formula One coverage throughout the early 1990s.The title track features a quote by William H. P. Blandy, who originally said "I am not an atomic playboy" in response to the 1946 atomic bomb tests at Bikini Atoll."Power of Suggestion" was featured in the 1994 film Ace Ventura: Pet Detective.STEVE STEVENS, one of my favorite guitar players of all time, gets his first album with the “Atomic Playboys” reissued and remastered by Rock Candy Records. This, together with the one Stevens did with Vince Neil, are without a doubt among the best guitar-driven hard rock albums ever recorded.Steve Stevens reputation was so high in the mid-to-late eighties (‘the guitar power behind Billy Idol’ and Top Gun soundtrack) that the debut solo album from the six-stringer with hair as impressive as his playing was littered with top class names from the music business.Released by a major label, executively produced by Ted Templeman, cover art by the iconic H.R. Giger, drums played by (Idol bandmate) Thommy Price and secret KISS member Anton Fig, guest vocals from Fiona and co-produced by the legendary Beau Hill, you only could expect a superb record.Stevens wanted Ray Gillen or someone like Ian Astbury as lead vocalist, and Perry McCarty (ex Warrior singer) was selected for the job. At first glance it could seems a curious choice for sure, Warrior being way more metal than Stevens dare contemplate, but McCarty’s impressive pipes work like a charm adding power to the songs.“STEVE STEVENS Atomic Playboys” is a killer album. Period.A polished, crisp, kickin’ collection of rockers like the hooky opener “Atomic Playboys”, the sci-fi monster cover of Sweet’s classic “Action”, the hair metal impact of “Pet The Hot Kitty” or the arena-ready “Crackdown”, are mixed with the funk-fuelled Power Of Suggestion” and “Evening Eye” featuring a master class of rhythm guitar.Talking about Stevens’ mastery, he shines on the instrumental “Run Across Desert Sands” and on the David Lee Roth / Whitesnake Steve Vai-era inspired rocker “Soul On Ice”.Stevens’ guitar playing is as exquisite throughout as you would imagine, even his vocals too when takes the mic on the catchy “Woman Of 1,000 Years”, raw and ready enough to shine like a diamond in the rough.Oh yes, and we have a torch ballad on “Desperate Heart”, the song featuring famed ’80s songstress Fiona (garnering her a songwriting credit too), a melancholic power ballad that would have settled nicely into a Heart album from the same decade.I don’t know if “STEVE STEVENS Atomic Playboys” needed a remaster – as the original is stupendous. However, this Rock Candy’s reissue is a must-have.Not only the fully remastered 24 BIT audio sounds great, this release is expanded with a couple of bonus tracks; “‘Warm Female”, previously only available with the Japanese version of the album, and a fantastic ‘promo remix’ of “Action”.
We love this one.