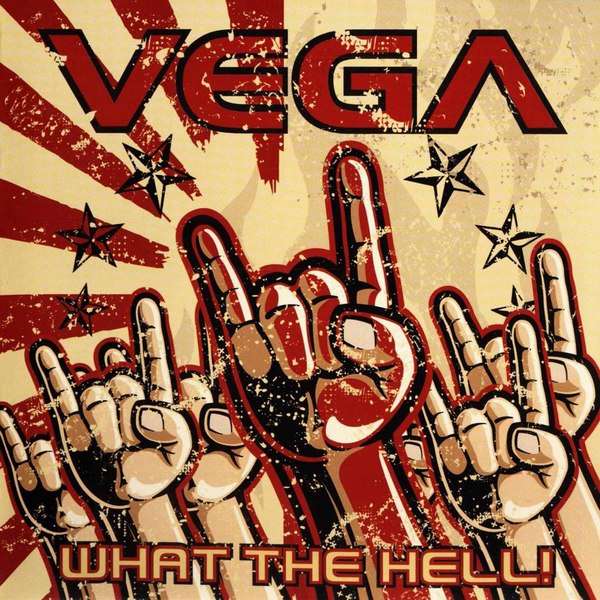 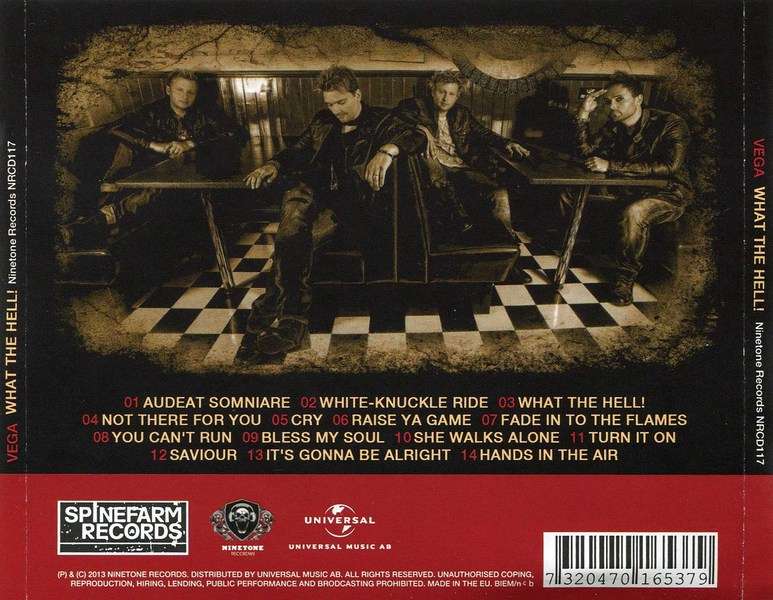 VEGA formed in the summer of 2009 and released their debut album “Kiss of Life” in 2010 to rave reviews across the board.MALCOLM DOME: “Vega are a British melodic hard rock band who stand apart from most in this vein, because not only do they write melodic songs, but they’ve a significant depth. Debut album Kiss Of Life shows enough talent and cohesion to suggest a big future awaits.In 2011 VEGA decided to go in search of a record company that shared their passion for trying to inject something new in to the rock genre, whilst still maintaining the 80’s/90’s roots that influenced them in the first place.After a long search VEGA finally secured a worldwide deal with Nine Tone/UNIVERSAL RECORDS who will release their 2nd album in the autumn of 2012. Singer Nick Workman says “We wanted to write an album where every song could have been a single, so we have been spending a lot of time fine tuning the songs. We pretty much demoed each song twice before we were satisfied”. The new album will feature 13 tracks of hook laden “stadium rock songs” that deserve to be play loud enough to piss of your neighbours…As rock Journo Dave Ling say’s “These guys could have a major role to play in the future”!

VEGA is Hard Rock band from United Kingdom, formed in 2009. The British Rockers released their debut album “Kiss Of Life” in 2010 and have just embarked with a second studio album “What The Hell!”, via Spinefarm Records.“White Knuckle Ride” is the album’s debut single, an amazing song right from the first sound with clear bass line & drums, catchy melodies with fantastic lyrics. The keyboards adding a fine flavor to these well written guitar riffs. There might be a feeling that may resemble GREEN DAY, a bit cheery style of play. “What The Hell!”, crossed the same path of catchiness with guitar riffs, rhythm and lead fretwork, sounding like DEEP PURPLE & drums orientations of U2. The backing vocals are so excellent and well produced, chorus accordingly. Generally, this is fun listener, taking its toll like VAN HALEN, CHICKENFOOT and TOTO. Astounding melodies of guitars and vocals can be heard on “Raise Ya Game”, a highly powerful and energetic song. I was astonished by the impressive guitar work, and plenty of passion, that once again signaled of VAN HALEN with “You Can't Run” that also inspired with a catchy chorus carved with unbelievable drumming, elements of orchestral and crushing melodies. SUNRISE AVENUE came to mind as I listened to “She Walks Alone”, which cleared my mind with Nick Workman’s vocals, cool rhythm section, marvelous tuneful guitars, striking chorus led by a melodic pattern. “Turn It On” has that British Metal meets Hard Rock demeanor but also connects well with band such as GOTTHARD and DOKKEN.“Not There For You”, clicked with his keyboards display and guitar riffages, those made it a very cool song that had me going that it was an EDGUY ballad. On the other hand, “Cry” is the return back to the sweet Hard Rock of BON JOVI, SUNRISE AVENUE and DEF LEPPARD, a pure Goosebumps bastard of a song. For a moment there I thought that the chorus had a guest appearance by Tobias Sammet of EDGUY / AVANTASIA, but I believe that Workman is a capable singer to reach the former’s high rated singing. “Fade Into The Flames” reminded the antics and attitude of THE RASMUS, something fresh and interesting in comparison to the others, even though magnificent. This is a serene song with electronics sampling, guitars perfectly composed with awesome vocal performance. “Bless My Soul” continues the band’s melodic barrage while “Saviour” seemed to be induced with the merry glee, yet with a modern edge, of BON JOVI and U2. Some just can do without the aid of a commercial chorus, yet it might be a hit one day. Calmer “Tell Me it's Gonna Be Alright”, a typical melodic DEF LEPPARDish but with sampling, AOR oriented guitars & nice keys of the modern kind.VEGA surprised me, positively of course. These guys are totally awesome and melodic, playing passionate Hard Rock, sharing features with AOR while not forgetting that there are in the 21st century, titling with impressive melodies, cutting edge riffing and exciting vocals. Every song can be a potential hit, all composed with excellence. Listening to this album is plain relaxation & fun. It is so great heeding to such an amazing production where everything is refined. This is a chance to get acquainted with quality, do it fast.