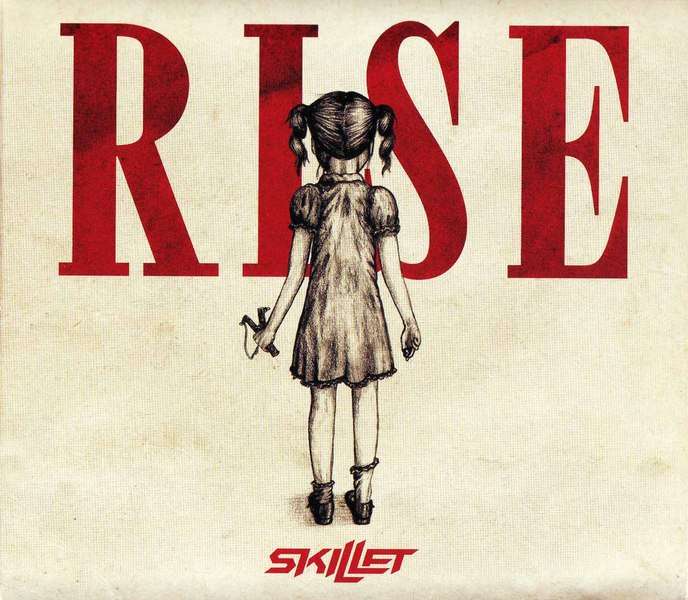 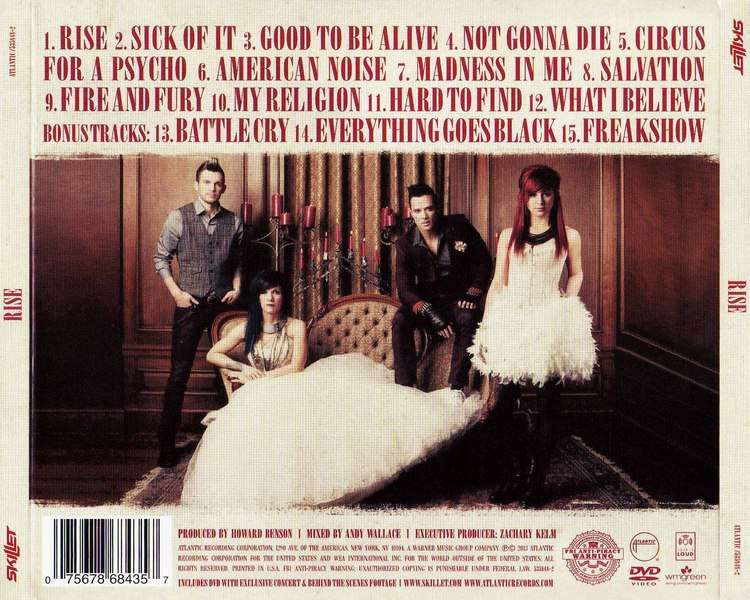 Rise is the eighth studio album by American Christian rock band Skillet. It was released on June 25, 2013.The deluxe edition includes three bonus tracks and a DVD entitled Awake & Live DVD. It is the first album to feature guitarist Seth Morrison.The first single off the album, "Sick of It", was released on SoundCloud on April 8, 2013 and was released on iTunes on April 9,and was released to US rock radio on April 23."American Noise" was released to iTunes on April 16 as the first promotional single."Rise" was released as the second promotional single on May 14, 2013.Skillet's fourth single, "Not Gonna Die", was released on USA Today on June 10. It was released on iTunes the following day.On June 21, 2011 John Cooper posted that the band rehearsed new music for the first time and that they were getting ready for a new album, recording a new record in January/February 2012. However, the band was then scheduled to headline the WinterJam Tour.In an Interview on January 26, 2013 In Beaumont TX, John announced that the new album would be titled Rise and would be coming out in May 2013,but was later scheduled for a June 25, 2013 release."Sick of It" was released via the iTunes Store on April 9, 2013.The lead Christian radio single, "American Noise", was released on April 16, 2013.The title track "Rise" was released May 14, 2013.The fourth track from the album "Not Gonna Die" was released on June 11, 2013.The band performed the title track off Rise on the July 11, 2013 airing of Conan.According to Howard Benson, the album was not meant to be a concept album at first, but suggested making it one after reading Pete Townsend's book on Tommy and Quadrophenia. John Cooper was hesitant because the focus on the concept can result in inferior songs. But as the band fine-tuned the songs, a story began to take shape.The album sold 60,000 copies in the US in its first week of release, debuting at No. 4 on the Billboard 200 and No. 1 on both the Rock Albums and Christian Albums charts.On July 12, 2016, Rise was certified Gold by the RIAA.