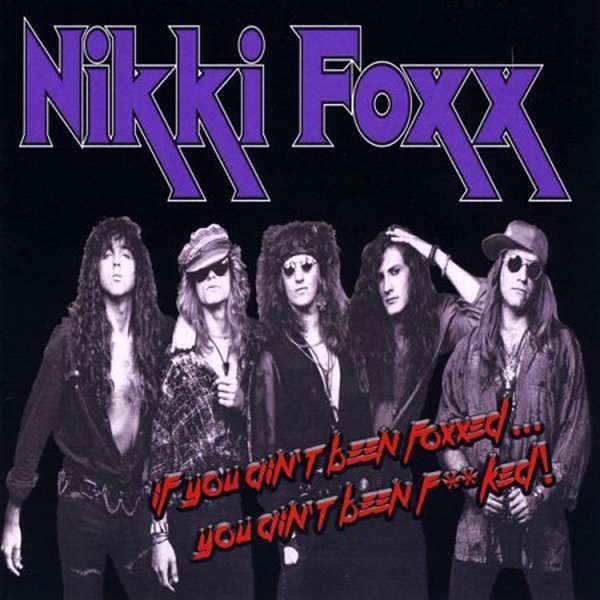 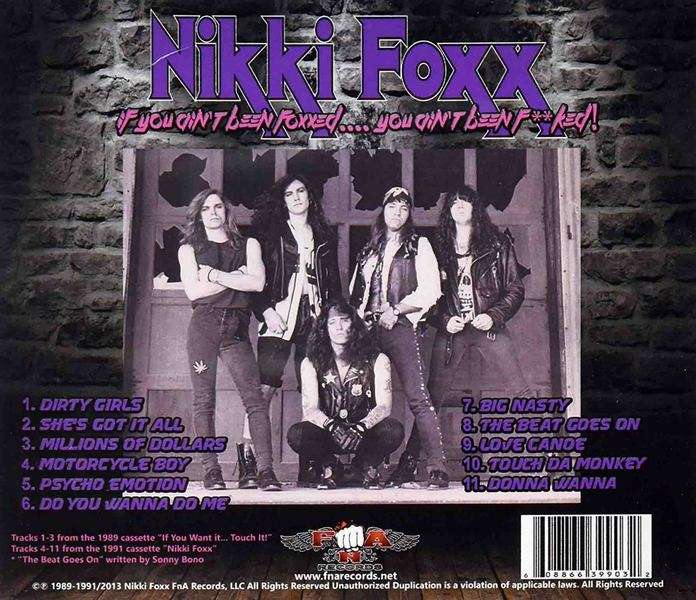 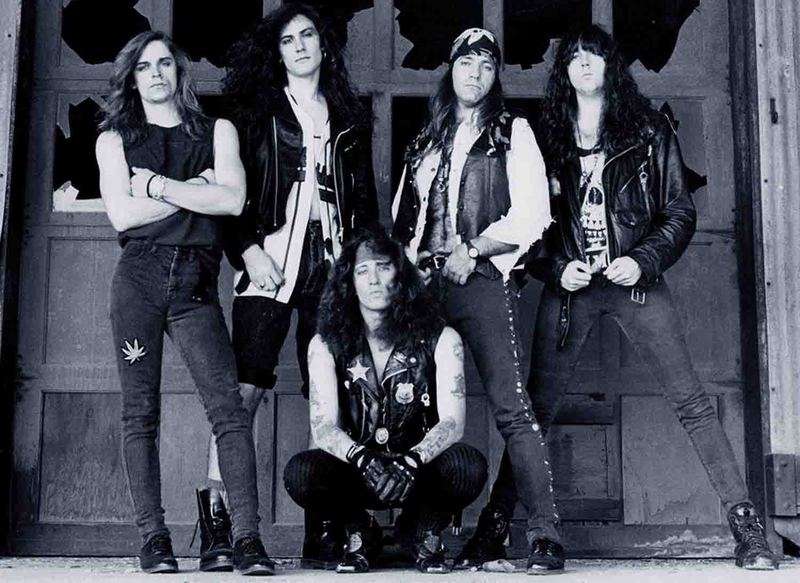 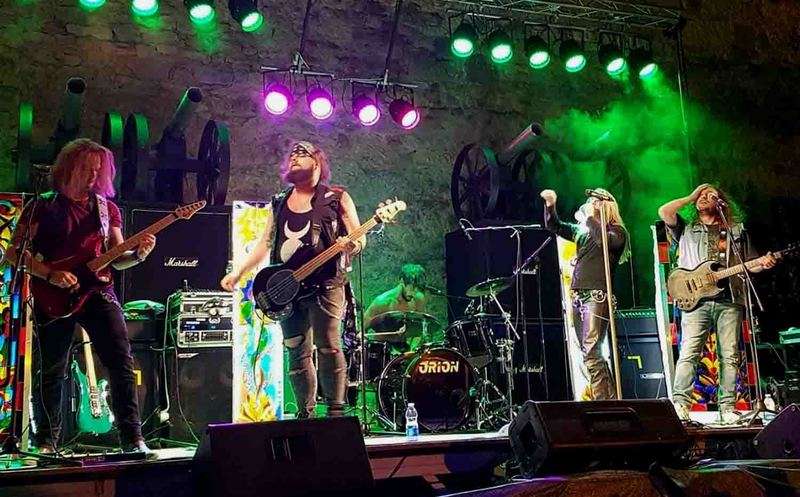 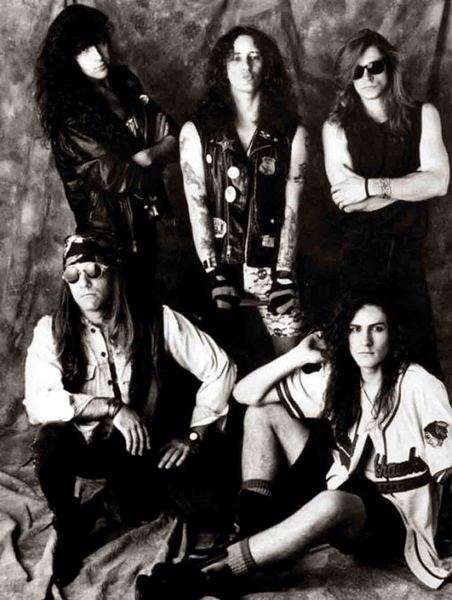 Sleaze rockin' Nikki Foxx was formed in 1987 out of the Illinois Valley music scene by vocalist Lee Pakula (aka:Haze Lee Finn/Lee Philip/Lee Razor) and guitarist Leonard Vitale (aka:Lenny V/Chops McClintock). The next fixtures to join were drummer Mark “Spyder” Pyszka and 2nd guitarist Brian “Strutter” Martin. The group went through several bassists, Jim Nelson, Brian Nueman and Chris Farrell, until the line-up was solidified with the addition of John Davidson in 1989.Nikki Foxx quickly became one of the regions most energetic and well known acts. The band made several demos and played all over the midwest, opening for countless national acts such as Cinderella, David Lee Roth, Ratt, Warrant and Great White.The musical atmosphere began to change in the early 90's and Nikki Foxx changed with it. The band became a four piece, with Vitale becoming the odd man out, and their music and look took a turn towards grunge. They played their last shows together in 1994.The band made big news in 2013 by releasing two CD's on the Nashville, TN based FNA Records. One disc 'If You Ain't Been Foxxed...You Ain't Been F**ked!' features the band at their sleazy best, while the other, 'The Drug Years' is more of a hard rockin'/grunge sounding effort. The band also reunited for two shows in October, one at RIBCO in Rock Island and the other at Luciana’s Ristorante & Rural Oaks in Ottawa. The line-up for these shows was Haze Lee Finn, Lenny V, John Davidson, Mark Pyszka and one time bassist Chris Farrell on 2nd guitar.

Raw, untamable and unapologetic, Nikki Foxx oozed onto the Chicago scene in 1989 as the Midwest’s #1 Bad Boys, bringing sleaze rock to a whole new level.With a bottle of Jack Daniels in one hand and a big fuck you coming from the other, the band won the respect of fans and fellow performers, appearing with countless national acts such as Cinderella, David Lee Roth, Ratt, Warrant and Great White, all while snagging some impressive honors. In 1990 the Chicago Rocker named Nikki Foxx “Best New Hard Rock Band.” In 1991 lead vocalist Lee Razor (Lee Philip, Haze Lee Finn…whatever the hell he answers to) won 2nd place for Chicago Rocker’s “Favorite Hard Rock Vocalist,” and the band followed up in 1992 with the Chicago Rocker award for “Favorite Hard Rock Band.”