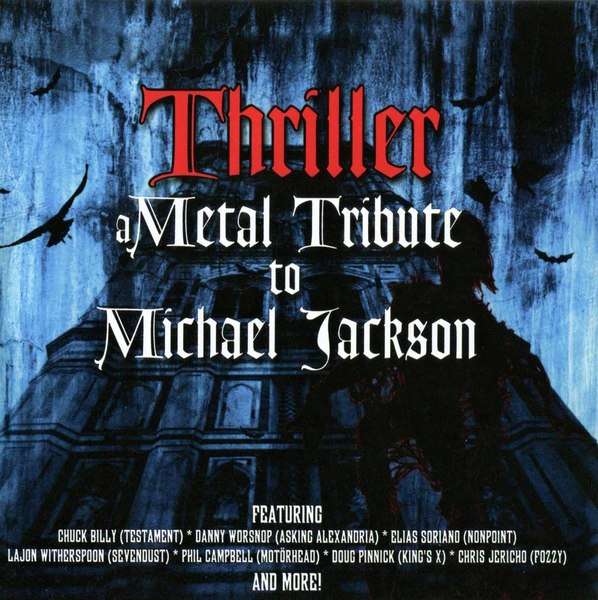 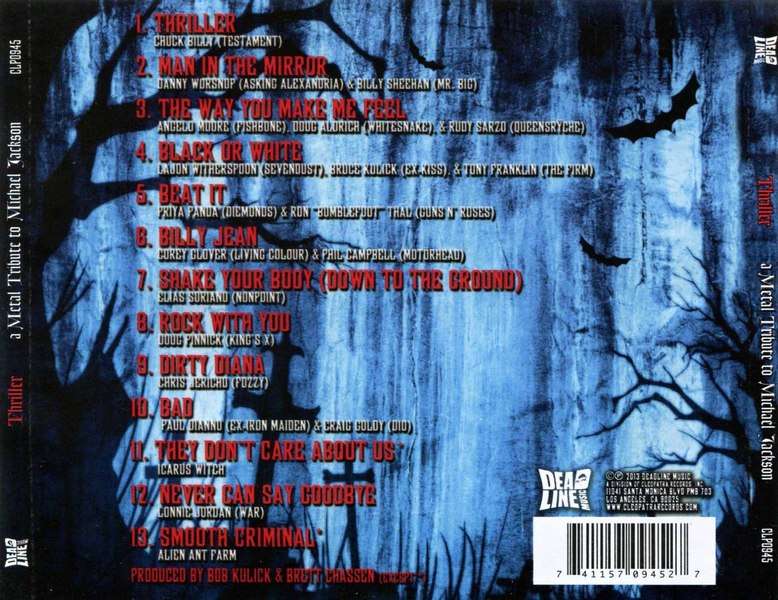 Thriller: A Metal Tribute To Michael Jackson is a 13-song collection of blistering loud versions of some of the gloved one’s most famous songs. As with any broad reinventions, some work, some don’t. All, however, make for an interesting listen. “Thriller” opens and it’s basically a balls-to-the-walls attack with Testament’s Chuck Billy singing his way around a melody line he doesn’t really follow. “Man In the Mirror” fares much better with Asking Alexandrai’s Danny Worsnop keeping up a good yet limited vocal intensity of this very personal Michael Jackson track. Billy Sheehan’ chunkin’ bass helps maintain a cool machine metallic backbeat.“They Way You Make Me Feel” is the early winner here as Angelo Moore of Fishbone sings wonderfully over a heavy rock foundation set up by Whitesnake guitarist Doug Aldrich and bassist Rudy Sarzo. Moore even manages falsetto and the “whoos” at the end.Former Kiss guitarist Bruce Kulick wails his way around a pretty straight read on “Black Or White” and his brother Bob’s bass funk on “Shake Your Body (Down To The Ground)” is a another highlight. Bob Kulick plays all the rhythm guitars and some bass, as well as co-produced the album. There’s fistfuls of guitar and a low growly menacing Chris Jericho on a killer “Dirty Diana.” And you can’t help but love original Iron Maiden vocalist Paul Di’Anno on a heavy “Bad.”War’s Lonnie Jordan offers an easy going detour on the Jackson 5 hit “Never Can Say Goodbye,” while the Alien Ant Farm’s cover of “Smooth Criminal” ends the CD, as jumpy and modern a version as any you’ll hear here. Hearing the songs of Michael Jackson in a heavy metal style may be a bit of a shocker for some, a laugh and a lark to others. But one thing Thriller: A Metal Tribute To Michael Jackson does very well is to demonstrate how the songs we know and love can suddenly transform into something else altogether when reinterpreted by those from another world.