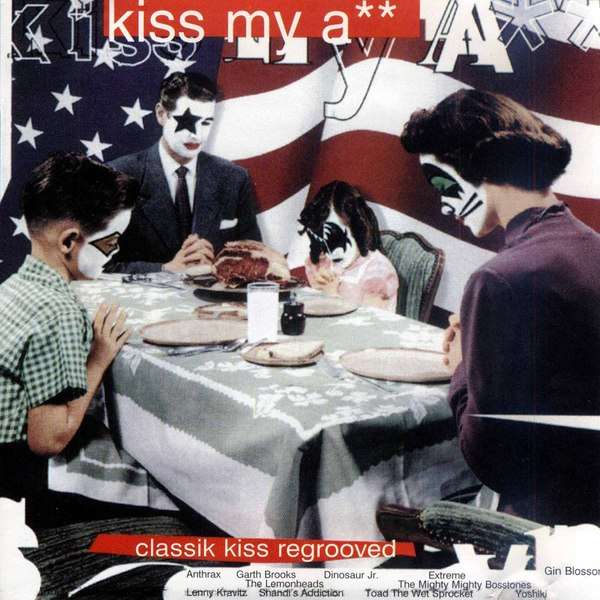 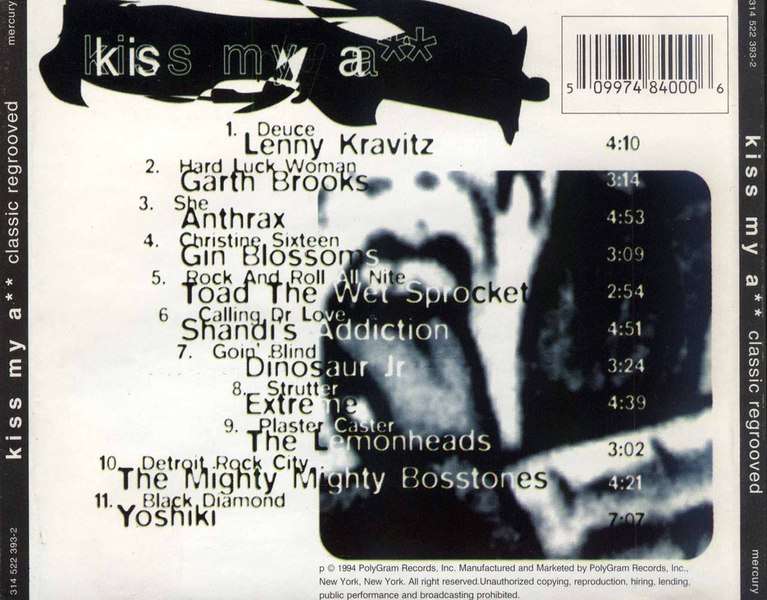 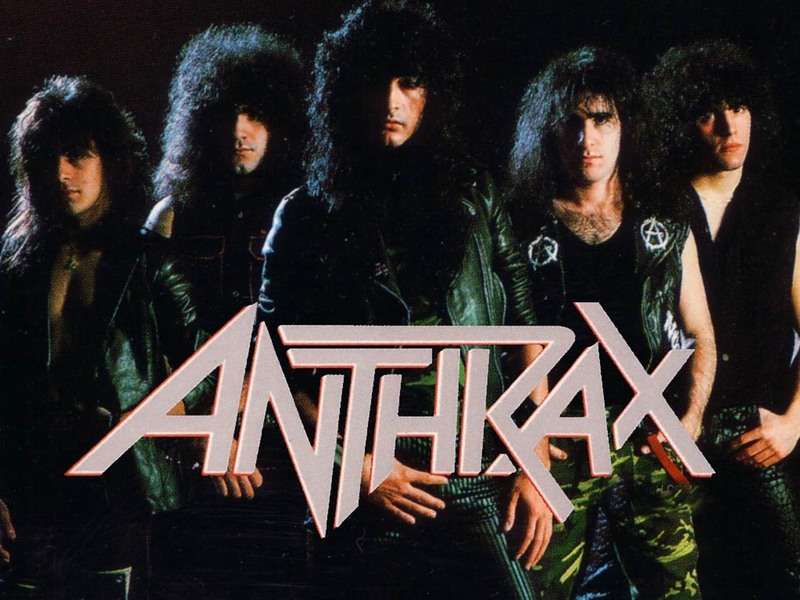 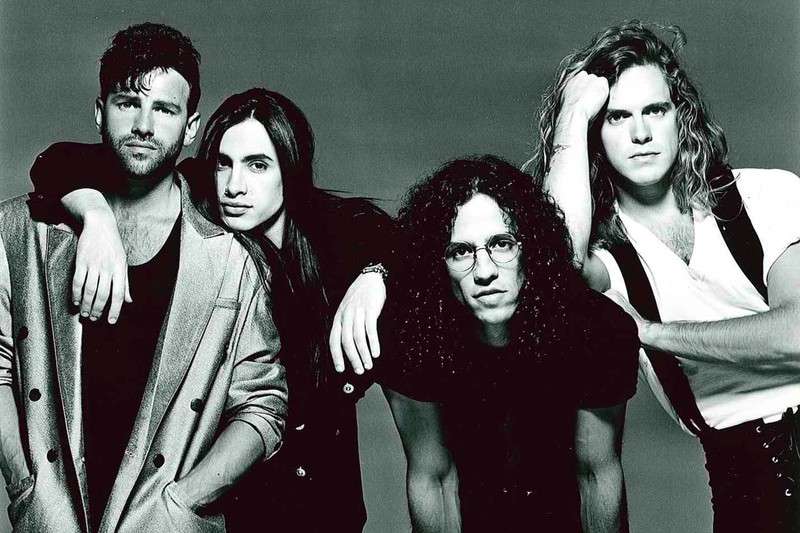 After a major stumble in the 1980’s, KISS started to slowly come back up off their rut in the early 90’s, mostly due to the release of the solid Revenge. So Gene Simmons, shrewd businessman that he is, immediately started to think of how he could keep his band in the limelight for just a teensy bit longer. The answer he came up with was both revolutionary and ridiculous: have the band sponsor a tribute to themselves. That’s right, a purported “tribute” which would, in truth, have financial backing from Mrs. Simmons and Stanley. Stupid, you say? Well, the truth was, KISS My Ass did make a splash, what with its classy title and elegant cover. But what of the musical aspect? Well, while the quality is undeniably high, the songs themselves may have benefited from a little less involvement from the head honchos of the homaged band.You see, too much of Paul and Gene’s influence on this album seeps through to the knowledgeable listener. It goes a long way towards explaining Garth Brooks’ nearly reverential version of Hard Luck Woman, which sees Daddy Paul and Daddy Gene peer right over the veteran cowboy’s shoulder, as if to make sure he doesn’t f*ck up. It may also explain why the Gin Blossoms not so much reinvent as re-enact Christine Sixteen, and why both The Lemonheads and Dinosaur Jr keep their respective versions exceedingly close to the hilt. After all, common sense dictates that there are certain things you just don’t do: you don’t spit in the wind, you don’t pull the mask off the ol’ Lone Ranger, you don’t tug on Superman’s cape, and you don’t mess around with Gene Simmons.However, not everyone has chosen to heed this advice, and thank Buddha for that. The best moments on this album come from the artists not on Simmons’ payroll. Whether it’s Anthrax turning She into a tech-fest; Toad The Wet Sprocket hilariously turning Rock And Roll All Nite – perhaps the single most electric song in KISS’s repertoire – into a folksy, acoustic radio ballad; The Mighty Mighty Bosstones injecting a funky backbone to Detroit Rock City (complete with horns and surprisingly gruff vocals); or Die Ärtze translating Unholy’s lyrics into German and interspersing it with a stanza from [{i]I Was Made For Loving You[/i], it is in the offbeat covers that this album truly shines. Not that the straightforward covers were bad – they all improved on the originals. But that wasn’t really hard to do; what was hard was to inject these tracks with a different band’s personality, which all of the above accomplish with distinction.Which isn’t to say that all these attempts are successful. Extreme, for example, suck all the fun out of Strutter, something which I thought was impossible to do; Shandi’s Addiction’s cover of Calling Dr. Love, full of answering-machine vocals and stupid curlicues, is a mistake from beginning to end; and Toshiki’s orchestral version for Black Diamond, while initially baffling, then becomes paradoxically snore-inducing – how can something this odd bore us to tears!?Still, despite these few flaccid moments, the overall result of this self-tribute is positive. Sure, a little extra risk-taking wouldn’t have hurt; but the quality of the covers is high, and with the source material coming from a band like KISS, I guess we should be grateful for that fact alone. Nobody apart from collectors really needs this, but it might be worth a download (or budget buy) if you’re looking for something to share a laugh with your mates over on beer night.