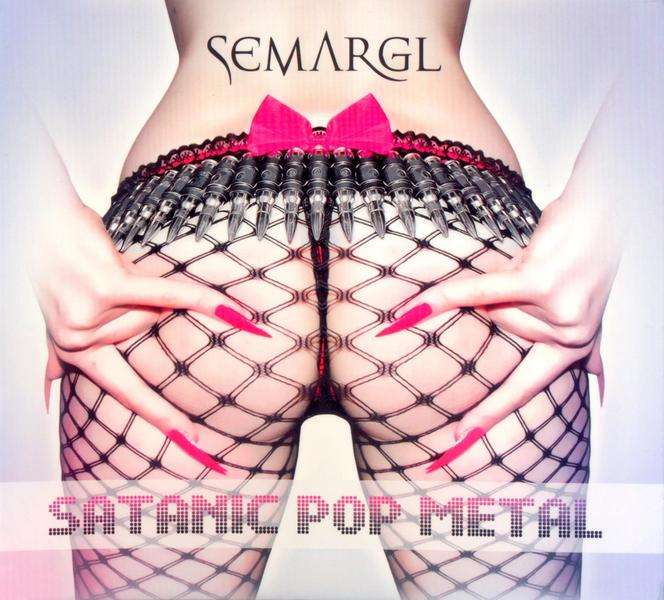 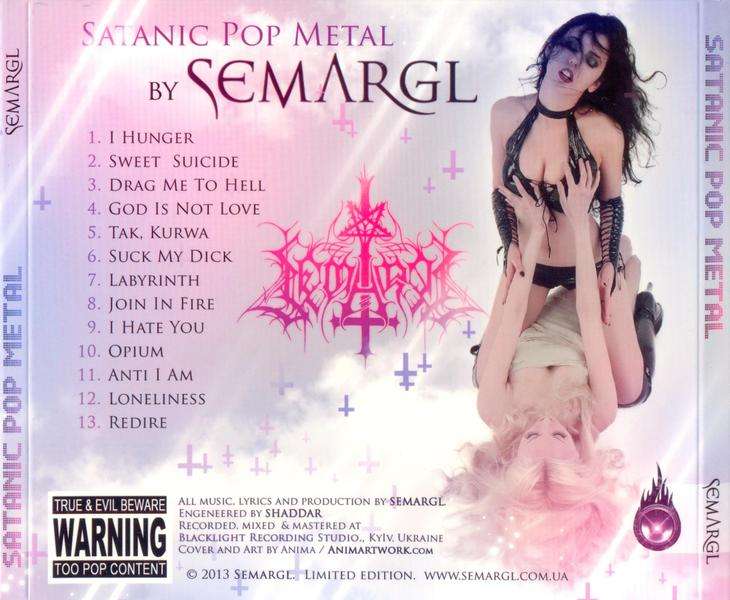 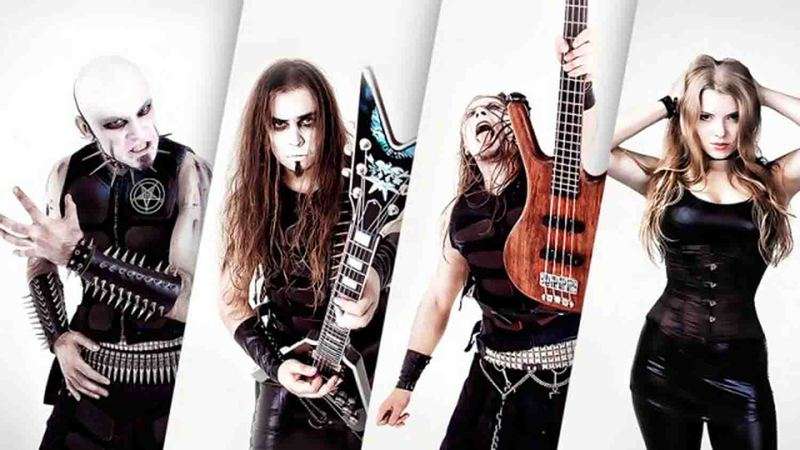 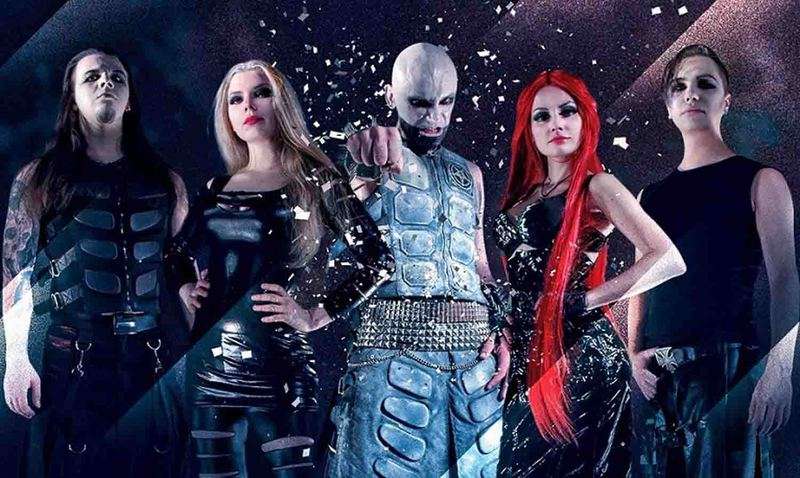 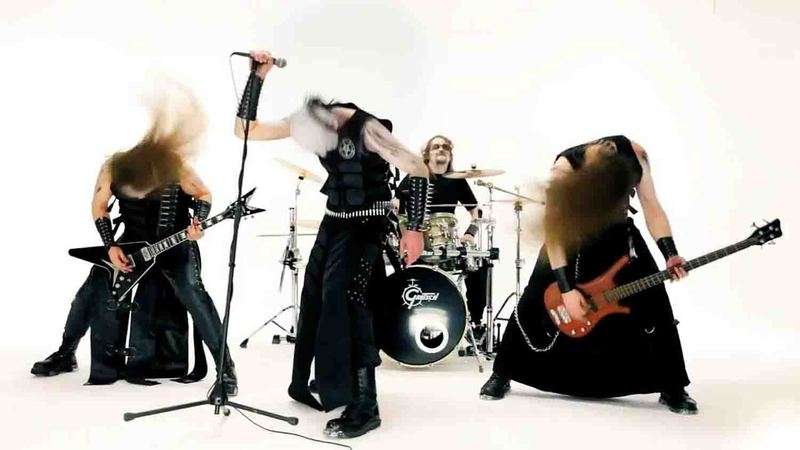 The history of SEMARGL began in 1997 with their creater “Rutarp” who determined the creative and compositional direction (melodic death / black metal ) as well as the philosophy of the band. Gradually picking up the compositional skills needed. SEMARGL entered the studio in 1999 to record their first demo. This comprised of 4 songs including a cover song by At the Gates.Continually writing materiel, SEMARGL also recorded a 2nd demo which was never released. One of the songs on this 4 track demo was entitled “The Falling” but was later reworked for SEMARGLs debut album. Also, by 2003, the band had a stable lineup:Rutarp – vocals;Shaddar – guitar;Kirkill – bass;Equinox – drums;Shamala – keyboards;Morthvarg – guitar.As the band developed, each member had more input to the actual sound. Shaddar’s involvement moved the sound of the band more to a black metal approach, creating more of a melodic atmosphere. Thus, SEMARGL from the very start are not confined to a single genre, instead they draw upon a number of styles to create their music.In May 2004, the group visited the Polish city of Bialystok to record their first album “Attack On God” in Hertz Studio” (Vader, Asgaard, Decapitated, Hate, Vesania) .This album was unleashed to the world on 16th April 2005. Released on the Russian label “More Hate Productions”, the eight track recording, with styles ranging from melodic black to brutal death metal, has significant keyboard work. The poetic and lyrical standpoint is full of propaganda, outlaid in the booklet, and delivers a philosophy based on the principles of Satanism, his vision interpreted through the band. The album collects favorable world-wide criticism, resulting in the American label Deathgasm Records to fully redeem the rights for publication in the United States. This label also gave the band a professional looking product.During 2005, Morthvarg and Shamala leave the band, and the remaining members waste no time in starting to write the next album. This album “Satanogenesis” was recorded at the same “Hertz” studio. Despite a relatively short period of time from the release of the first album, they are able to create a very different sounding album than before. The sound is more raw, the music is faster, and the lyrical content is even more angry and blasphemous. The final version of the album includes 13 tracks, with several industrial / dark electro ones. Once again the band’s lyrical content is of a similar nature to earlier works.Satanogenesis, also under Deathgasm, is released on the 8th June 2006, and soon after, the band is sent to Germany to record the third disc.At this time, recording, mixing and mastering is done at Echolane Recording Studio (Bad Bergen, Germany), and engineered by Kai Schwerdtfeger. This recording, later entitled as “Manifest” (manifestation of the war as a radical method for solving the problems of humanity) works on a musical and ideological level and divided into three logical parts: “Radius”, “Eradication” and “Verdict”. It contains 13 tracks and a video for the song ”Selection” in the multimedia section.At this stage, “Manifest” was the biggest achievement yet, demonstrating their high artistic skill, and their aptitude for literacy. Musically, the album leans more towards death metal, but the topics are close to Satanism, with new militaristic ideas.Almost a year later on the 29th of August 2007, “Manifest” was successfully published and distributed by Deathgasm Records.SEMARGL release a video on the Internet from the album “Manifest”, showing the bands ideology with slogans and propaganda.In 2007, changes in the line-up are happening. The new drummer “Erland” replaces “Equinox”, who left the group. New bassist “Hannibal” replaces “Kirkill”. The latter becoming the second vocalist, bringing a new vocal style to the fold.In 2008 they conduct several performances at festivals in both Russia and Ukraine, while continuing to work on material for the next full length album.In early 2009, SEMARGL signs a contract with German label and distribution company “Twilight Vertrieb”, thereby opening a new phase in their career. The recording of the fourth SEMARGL album “Ordo Bellictum Satanas” was in August/September 2009 and album released on the 12th of March 2010. Same days new video “Credo Revolution” was released. Same year Norwegian drummer Tom Fordervelse Nilsen joined band as permanent member, and band with new line up first performed at Devilstone Open Air (Lithuania) with such bands as Mayhem, Tankard, Grave etc.In the beginning of 2011 SEMARGL released new video Tak, Kurwa ans so-called digital single available for free download.

SEMARGL, satanic pop metal band from Ukraine, presents new album "Satanic Pop Metal" - fresh and unexpected mix of different genres of music: heavy aggressive growl vocals and clean sexy female voices, pop dance electronic samples and heavy industrial beats and drums, rock'n'roll tunes with metal guitar riffs, modern commercial feeling combined with retro roots. Band sing about anti-religion, Satan and sex, propagate freedom from social and moral limits. New album will entertain you and bring to the world of lust.So, Pop meets Metal? How many people do you think tried to make that combo work and failed miserably? Probably more than you think. I would know because I’m actually on that list (don’t ask, it was a god-awful failure). I’m happy to report that somebody finally got it right; with superb results no less. That would be SEMARGL.I saw this title on the list and thought “Satanic Pop Metal” sounded like something I needed to hear. Ultimately, It was a case of “I can’t believe I didn’t know about this band until now!”. To summarize in it one sentence: “Satanic Pop Metal” is fucking BOSS! I know there will be a mob of folks who will hate it because of all the keyboards, and it being “too dancy and stuff”, but if you’re an open-minded kind of Metalhead; you should dig this.Basically the music is a uniformly distributed blend of Black Metal, Dance Pop, and whatever you decide to call bands like EVANESCENCE and LACUNA COIL. It may sound goofy on paper, but man, I dig it. They have two singers; One Black Metal type screamer, and a clean, female singer (who happens to be devastatingly hot, for whatever it’s worth). The whole band flows together about as well as any I’ve heard before, and with such an offbeat fusion of styles; that’s pretty damn good.My favourite tracks on the record are “Drag Me To Hell”, “Suck My Dick” and “Join In Fire”. The whole thing kicks ass though. My only complaint, and it’s a minor one, is that it does get a little monotonous after a while. The music is so fresh though that it doesn’t really bother me that much. Besides, the album cover is probably my favourite album cover in a long time, so that has to count for something. I’m definitely a SEMARGL fan after hearing this album, and I’m happy to give this record my stamp of approval.“Satanic Pop Metal” doesn’t come out until February 17th according to their Facebook page, but you can download the album’s first single “Tak, Kurwa” off of their website for free (although you are encouraged to donate some beer money to the band if you like it, that’s your call). From what I can see; they are charging 10 Euros ($13.22) for their records, so I imagine that will be no different for the new one. I say that’s a good price. Grab this sucker and enjoy!