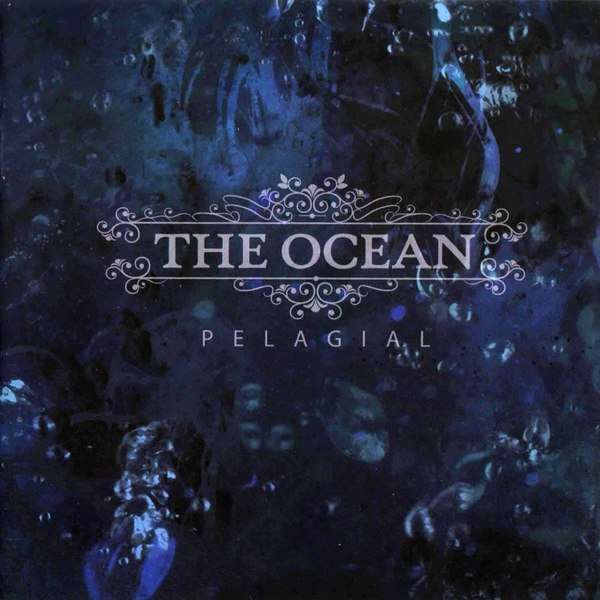 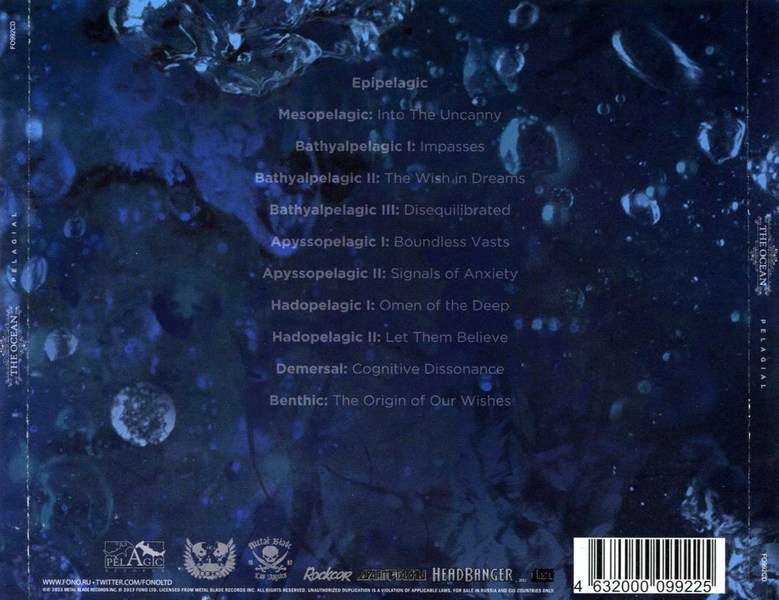 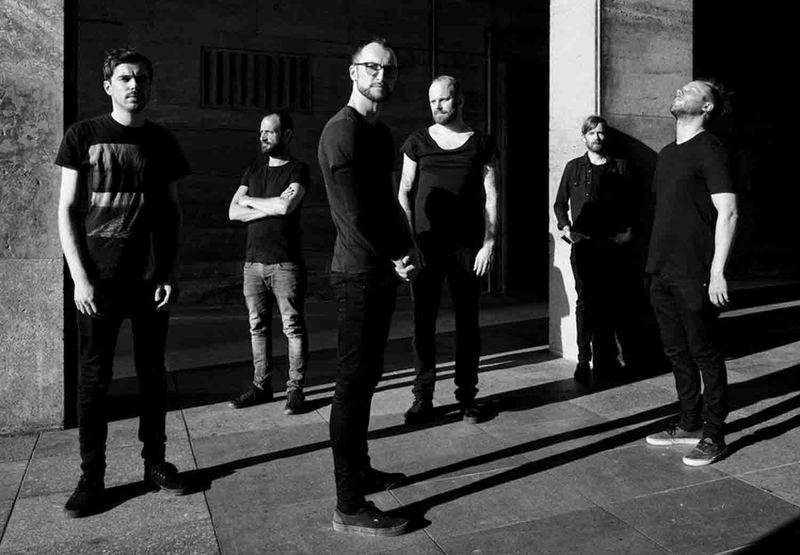 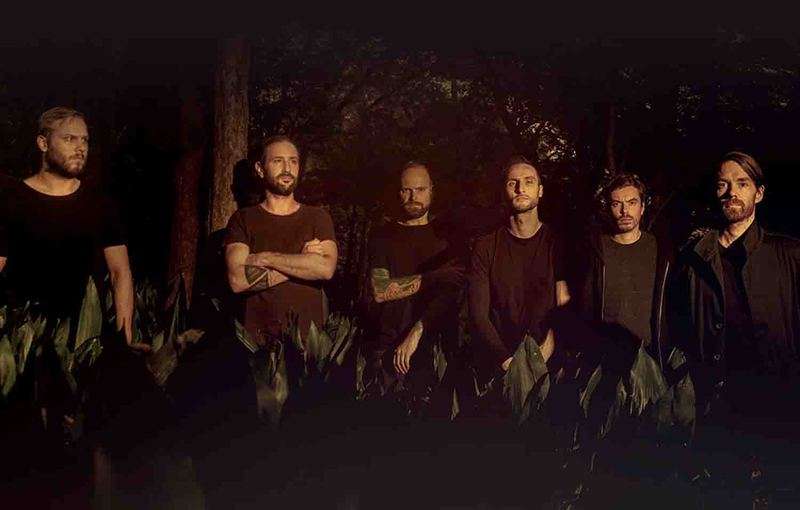 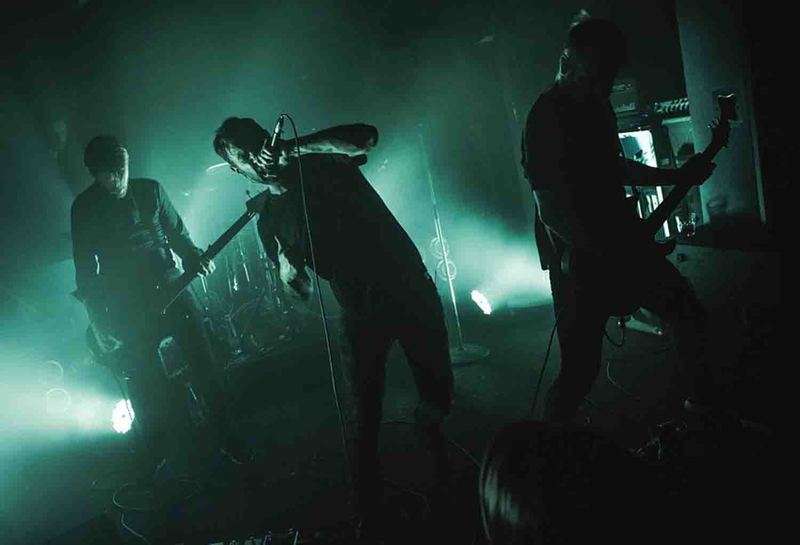 THE OCEAN (aka THE OCEAN COLLECTIVE) remains one of the great optimisms in progressive metal. They've established their own class of embellishment that strays from wanking and instead reaches to first caress the soul then throttle it once the listener has reached a certain level of coziness. Orchestration of both static and non-static elements has been THE OCEAN's forte and their painstaking craft has paid off more than not.The creative nucleus of THE OCEAN is of course, guitarist Robin Staps. He is the epicenter for a band that has lived off the wares of recurring members, at one time a double-digit roster of players who filled in for one another based upon their schedules. For most bands, this frontal instability would wreck their foundations, yet Staps has been savvy enough to take the effective auras of each in-house associate and refine THE OCEAN's spirit of escapism to genius levels.Having toured exhaustively around the globe in support of their previous two albums released successively in 2010, "Heliocentric" and "Anthropocentric", THE OCEAN COLLECTIVE stashed themselves away, seemingly content with its current lineup including Jonathan Nido (guitar), Luc Hess (drums), Louis Jucker (bass) and vocalist Loic Rossetti. Rossetti, who bowed out for a spell in 2012 to recover from health issues, was nearly stripped altogether from THE OCEAN's latest project, "Pelagial". After recording the new album instrumentally, he was brought back in to decorate what is already one of THE OCEAN's most white-knuckle works and one destined to become a fan favorite."Pelagial" is the encapsulation of two chief stimuli: the seven levels of the sea (i.e. Epipelagic, Mesopelagic, Bathypelagic, Abyssopelagic, Hadopelagic, Demersal, and Benthic) and Andrei Tarkovsky's psychosomatic film drama, "Stalker". Written as one finite composition at 53-minutes, "Pelagial" is segmented into fractions but they're not to be construed as actual songs. Strung together, Robin Staps and THE OCEAN intend their album to be consumed as one body of work. Quoted from the man himself, "There are track marks, and there are actual songs built into this larger structure, but the whole album is a journey rather than a number of loose tracks. Some riffs appear in the first two minutes of the album and then reappear 30 minutes later".While "Pelagial" on the front is supposed to be a representative plunge into the aquatic depths, beauty is felt all around until the slow descent turns the album into revelatory passages of both grandeur and helpless submission. It's to be interpreted as you will, from a place of exhilaration if you happen to be in a safe submersible where you can behold the leagues in their pristine state, or from the darker corners of the psyche, a frightening, lungs-clogging sense of despair in drowning. Add the tense submarine flick "Das Boot" to the inspirations behind "Pelagial" and you'll get where THE OCEAN's coming from. In relation to "Stalker", the essence of mental instability and ultimate collapse as three men journey through a bleak hellhole towards a promised land of gratification adds to "Pelagial"'s co-inhibiting sense of desolation in the abyss.Seldom few bands present a start-to-finish concept where the arrangement is felt as much as received. The subjection of actual sounds from the lower depths throughout "Pelagial" adds grace as it later creates a climate of paranoia. The opening segment "Epipelagic" is filled with a welcoming succession of strings and piano that could accompany any visual documentary. Subsequently, THE OCEAN tricks their audience into a safe, floating sensation on the chamber-aided syncopation of "Mesopelagic: The Uncanny". There's an actual chorus built into the section where Loic Rossetti catapults from his soothing intro leads into elevated barks that are still kept in a tuneful frame of mind. Even once the electric portions join in, there's an aspirant ambiance that reflects the album's primary muses. It becomes a journey into the unknown filled with potential for an emotive catharsis, always keeping wary of an omnipresent danger element.Suffice it to say, "Pelagial" grows incrementally uglier the longer the expedition dwells southwards. It doesn't take long for the boom to supersede the calm, even as THE OCEAN interchanges rock and metal modes with prog, fusion and chamber components. Rossetti makes us think THE OCEAN's had a distant touch from MUMFORD AND SONS throughout "Bathyalpelagiac I: Impasses" with a downhome set of writhing clean vocals. Expect, however, the chords to grow nastier and Rossetti to bellow like a lunatic on the next segment, "Bathyalpelagiac II: The Wish in Dreams". The instrumentation grows likewise agitated and expressive, fills and parts jockeying all at once, serving as reminder to the listener to never feel too sedate with this piece. By the time THE OCEAN posts its doom-laden finale "Demersal: Cognitive Dissonance" and "Benthic: The Origin of Our Wishes", the listener has hit the floor, proverbially and literally. The inescapable feeling of paralyzing apoplexy arrives within the final crunches of this exhausting composition. Drowned or enlightened at the end, the verdict is yours to contemplate within the stasis "Pelagial" leaves you.In short, a hallmark album for a gifted team of artisans that has plenty of them already. "Pelagial" is one of the most invested albums THE OCEAN has yet conceived. Prepare to be not only submerged but actually touched by this album. Offered in two discs with and without vocal accompaniment, "Pelagial" is an emotional leviathan that works beautifully in either format.