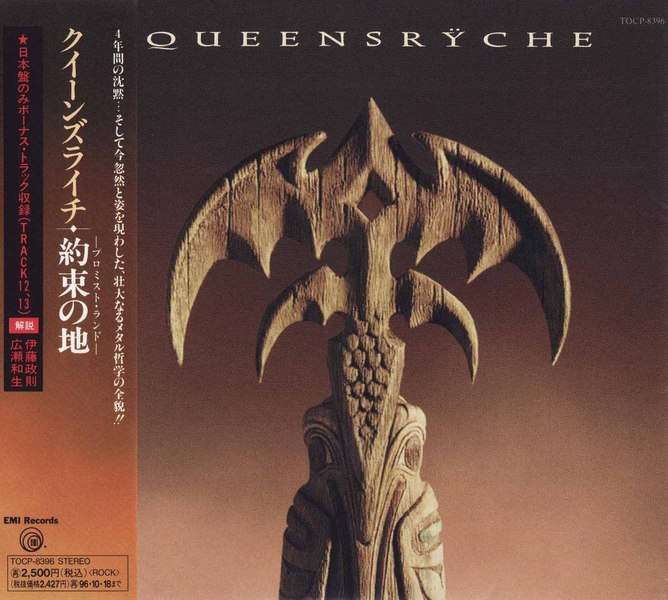 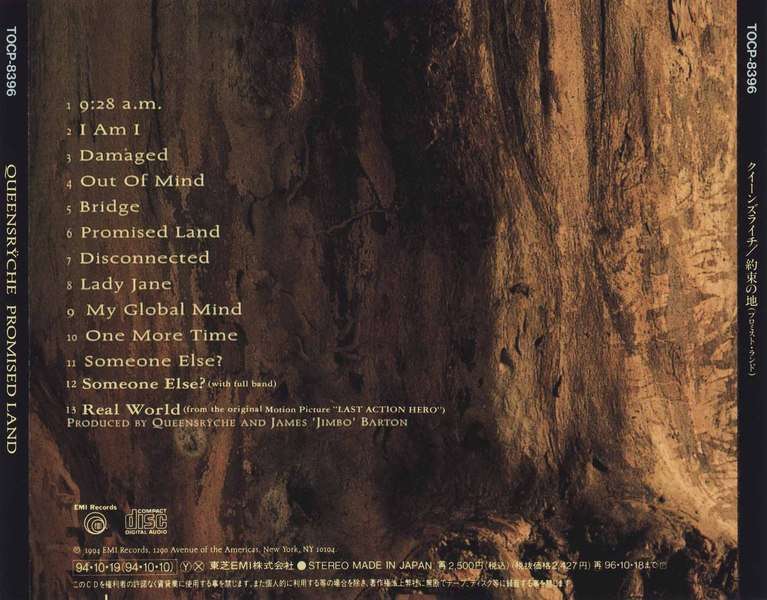 Queensrÿche /ˈkwiːnzraɪk/ is an American progressive heavy metal band formed in 1982 in Bellevue, Washington out of the local band The Mob. The band has released 14 studio albums, one EP and several DVDs, and continues to tour and record. The original lineup consisted of vocalist Geoff Tate, guitarists Chris DeGarmo and Michael Wilton, bassist Eddie Jackson and drummer Scott Rockenfield.Queensrÿche has been successful in the progressive scene, having sold over 20 million albums worldwide, including over 6 million albums in the United States.The band received worldwide acclaim after the release of their 1988 album Operation: Mindcrime, which is often considered one of the greatest concept albums of all time. Their follow-up release, Empire, released in 1990, was also very successful and included the hit single "Silent Lucidity". The band has received three Grammy Award nominations for songs off both albums. In the late 90s, drummer Rockenfield also received a Grammy nomination outside of Queensrÿche.In 1997, guitarist and primary songwriter DeGarmo left the band for personal reasons. Over the years, his replacements have been Kelly Gray, Mike Stone, and Parker Lundgren, respectively. Following a highly publicized backstage altercation before a show in São Paulo, Brazil in April 2012, Tate was fired from the band and replaced with then-Crimson Glory singer Todd La Torre. In response to his dismissal, Tate and his wife Susan (who served as the band's manager from 2005–2012) filed a lawsuit in a Washington court, claiming that he was wrongfully terminated. The ruling in the preliminary injunction was that both parties were allowed to use the name Queensrÿche until a court ruling or a settlement decides who gets to use the name.A settlement was reached on April 17, 2014,in which founding members Wilton, Rockenfield and Jackson were awarded the rights to the band trademark, continuing to play with the lineup that additionally includes singer La Torre and guitarist Lundgren.During the time both parties could use the name Queensrÿche, Tate created his own lineup featuring former guitarist Gray and musicians from bands including Blue Öyster Cult, Ozzy Osbourne, Whitesnake, Dio, AC/DC and Quiet Riot.This version of Queensrÿche with Geoff Tate released the album Frequency Unknown on 23 April 2013,while Queensrÿche (with La Torre replacing Tate) released their eponymous album on 24 and 25 June 2013 (European and American release date, respectively).Both bands toured in 2013 and 2014.

Promised Land is the fifth studio album by the American heavy metal band Queensrÿche and their highest charting record to date. It was released by EMI on October 18, 1994, four years after their successful Empire album. The album was re-released on June 10, 2003 in a remastered edition with bonus tracks. The songs on this album are tied together firmly by the themes of success and aging, and reflections on American society and how that shapes our goals and dreams in life.The album opens with "9.28 a.m.", a musique concrète sequence put together by drummer Scott Rockenfield. The band wanted to have a cool intro that was cinematic and moody, and Rockenfield was given complete freedom to make something.Rockenfield went out to record natural sounds using a portable ADAT tape recorder, which he sent through a rack of effects in his apartment and started designing his own sound effects out of it.Some of the recorded sounds also appear on other tracks on the record, such as the sound of a train on "Disconnected"."9.28 a.m." follows a soul from death through the ether into a reincarnation, and rebirth, followed by the sound of a crying baby. The title refers to the time Rockenfield was born."9.28 a.m." floats into "I Am I". This song is driven by a heavy riff and Geoff Tate's trademark vocals to a background of percussion instruments. Chris DeGarmo performs cello and sitar parts on this song as well as the guitar solo. After almost four minutes it merges into "Damaged", a more straightforward heavy rocker."Out of Mind" and the subsequent "Bridge" are more quiet acoustic pieces, both of whose lyrics were written by Chris DeGarmo. The last one deals with the relationship with his father, who died during the Promised Land sessions.The eight-minute title track is the first track in the Queensrÿche catalogue to be credited to the entire group. It is a rather dark piece, full of Rockenfield tape effects, DeGarmo/Wilton twin guitar work and it marks Tate's first appearance as a saxophonist. On this track, the theme of the album is most present, as it deals with the drawbacks of success. It ends in a bar scene of people talking and drinking (slightly reminiscent of the ending of "Welcome to the Machine" on Pink Floyd's Wish You Were Here, which deals with a similar subject matter). These sound effects merge into "Disconnected," a rather alienating piece dealing with the American consumerist society. It features Tate on sax again.The subsequent "Lady Jane" deals with the similar theme of the influence of commercials. It is a heavy ballad featuring DeGarmo on piano and another twin solo."My Global Mind" is another more straightforward rock song dealing with globalization. After that, "One More Time" is an acoustic rocker, with lyrics much in the vein of the title track.The album's final track, "Someone Else?", features just Tate on vocals and DeGarmo on piano.