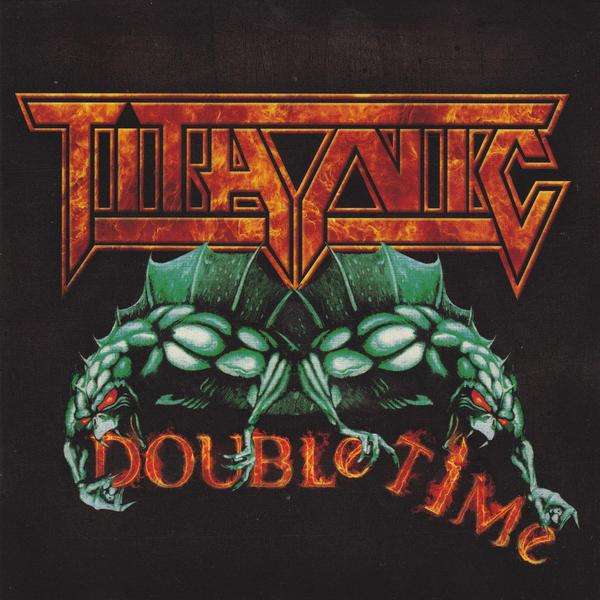 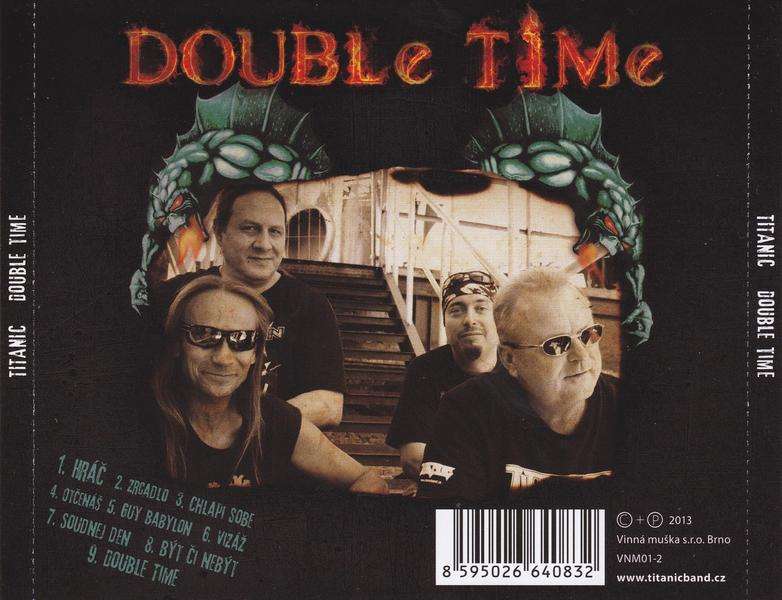 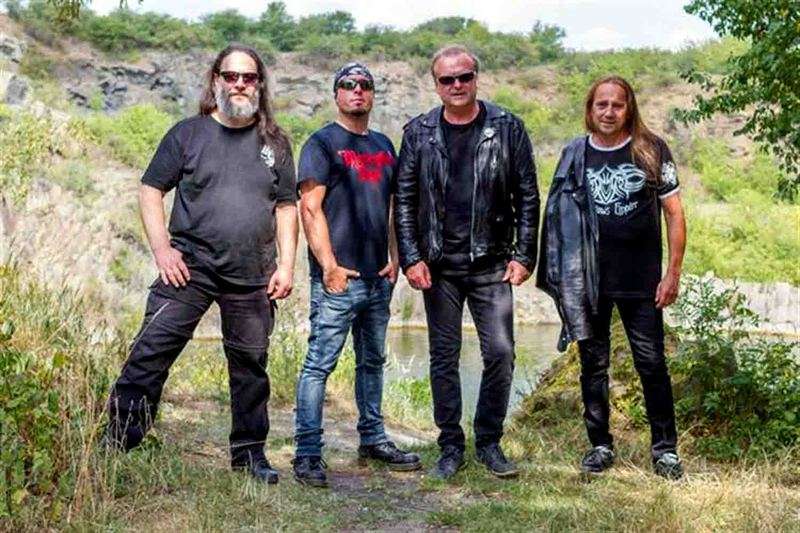 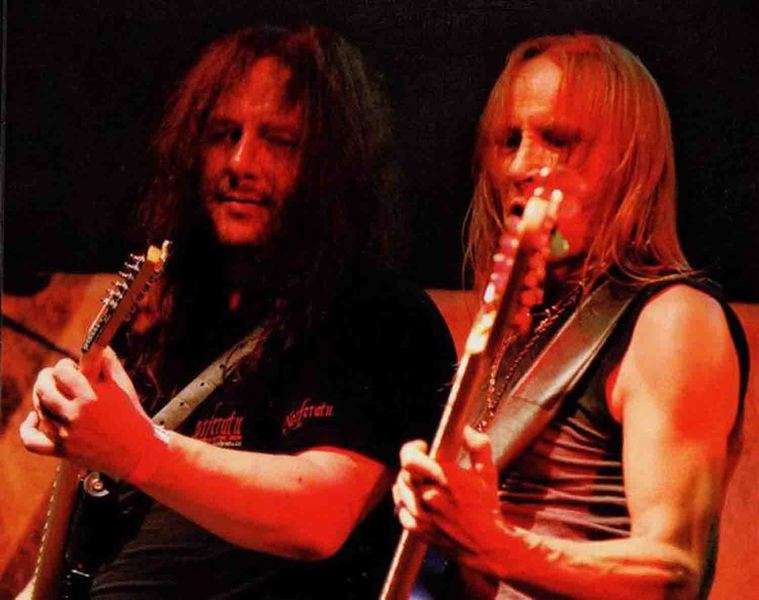 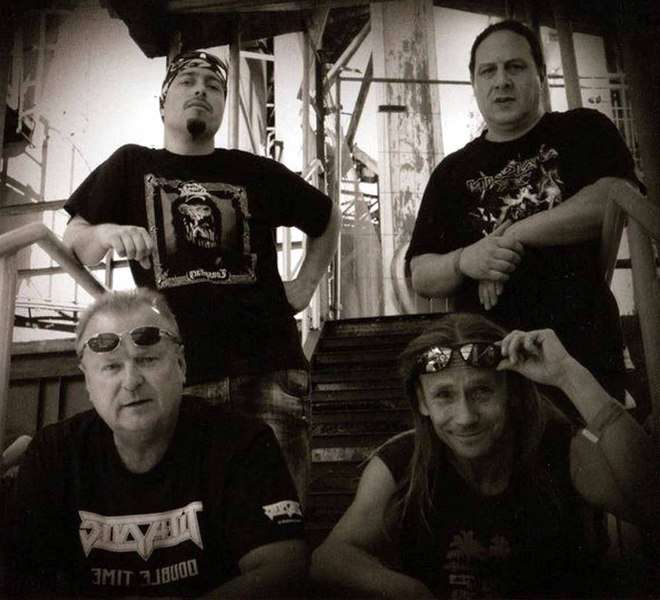 Heavy metal band from Brno was established at the turn of 1984 / 1985. original Line-Up: Z.Černý (guitar , vocals) , M. Hornak (guitar , vocals) , J. Hradecký (bass, vocals) , S. Fric (drums, vocals) In 1985, J. Hradec replaced Milan Hanak. In1987 he released the first single - "visage " in 1988, followed by two more singles. In 1989 released the first album - Metal Celebration. After his release follows the end tour of the Slovak Republic, Poland and Bulgaria. On this tour there is co-operation with the Bulgarian Georgi Enčevem guitarist who accepts the offer to help with the filming cd Abel . For this bailout becomes permanent cooperation - Enčev nahradill M. Hornak , who goes to Kern . More drastic intervention in the report is the departure of singer Black , he was replaced by former singer REGON , J. Stepanek.4th February 1991 in Ostrava Titanic happen concert with Deep Purple. In 1993 , the next album , called simply "3" next cd " Rock Ballads " was created at a time when the Czech rock scene is in crisis, unfortunately, affecting all the former band. In the 1997 issue yet another album called " Requiem ", then the Titanic has decided for some time to interrupt their activities.In 2009, the Titanic returns to the concert stage ( s Tublatanka concerts , tour with Arakain )In the summer of 2011 Titanic again restores the original group where you can see it now:

I'll say it straight away. I always took Titanic as the second Czech hard rock or heavy metal league, which after all was a step behind the leading Prague enclave Arakain-Vitacit-Kreyson and behind the Ostrava Citron. While these guys from Brno had two highly acclaimed records "Metal Celebration" and "Abel" at the turn of the 1980s and 1990s, they were never as recognizable as the aforementioned variables. Their "Three" had already set and the "Rock Ballads" was the last clove in the coffin. In essence, Titanic has met the same fate as their peers and compatriots, Kern.Both bands have recently reunited in their almost classic line-up and Titanic is the first to come with a comeback album. It is called "Double Time" and is published after eighteen years. There is a parallel with another local legend, Kreyson, who also released a reunion album after eighteen years. Although in many reviews and on-line discussions most of the interested people compare both records, we will at least partially avoid it.First a few factual things. After a long time, singer Zdenek Cerny returned to the Titanic ranks, who was always a kind of band's signature and his voice is much more charismatic than the speech of bassist Milan Hanak, who took over the vocal parts during Black absence. Bulgarian guitarist Georgi Enchev inherently belongs to the band (and since the second album "Abel"). Only the longtime drummer Stanislav Fric (who still works as a composer in Titanic) was replaced by the globetrotter Martin Škaroupka (Cradle Of Filth). Or a lineup that could promise an experience.But there is a problem with comeback boards. The worst are expectations. She and the band themselves are in a difficult situation. He often plays only his old material at concerts, so he has no idea how the audience will react to their news. Most comeback albums end up dividing fans into two camps. One expects "his" band to sound like twenty years ago and the other to know the shift in time. The band is therefore not grateful to everyone and the result in the vast majority will remain beyond expectations.Titanic went a bit more solomon. Already by inviting Škaroupka to the shoot, which guaranteed a more progressive, modern approach. The original (well…) trio guaranteed the more traditional expression. Of course, the sound of the album is really thickened, guitar riffs are sabbathic, and Encheva's solos are understandably flawless and inspiring. So far everything would be fine. Even the introductory "Player", the beginning of which evokes the excellent "Face In The Mirror" from the "Games People Play" album by Pink Cream 69, has the power to show that Titanic has truly gained strength. Although the chorus is not as hymnical as one would expect, the song is really good. Unfortunately, there are not so many good on the record. "Mirror", which goes through heavy Wylde riffs, despite the excellent Black Speech, is just a smack in the water, which is nothing against the three "Guys themselves", a candidate for one of the stupidest domestic songs I have heard in recent times . Though Enchev is surmounted in solos, the refrain that blatantly robs Helloween's "Eagle Fly Free" is so dull that even the most difficult band saw the most difficult level of sight. For God's sake!Fortunately, “The Father” (formerly presented as “Set Me Free”) is taking a slightly better route. Even in high heights, Black is sure to be in his hands and his Dickinson expression combined with the drama of the original Rainbow guarantees a decent experience. Definitely one of the tops of the board. The ballad "Guy Babylon", which is basically a classic ballad of Moravian origin, is also worth mentioning. So you can say that unless you have been insulted long ago by "Mannequin" or "I still want you", it will not happen in this case, even though in this trio "Guy Babylon" is probably the weakest. Paradoxically, one of the highlights of the album is the long-standing hit "Visage", which was released during the "Golden Bolshevik" years together on a single with the Pilsen Siphon.The final trio of “Judgment Day”, “To Be or Not to Be” and the title “Double Time” just nibble the remnants that might be left after the feast. But on the other hand, what. Titanic's comeback board doesn't pop up completely. It is grateful to acknowledge that gentlemen in years have not succumbed to nostalgic gloom, as "lemon" did on his "big beat pans", but the scales are beginning to balance dangerously. After all, a little predominates the one that would gravitate to the highest ranking, but it is really just a little bit a little bit. Although this comeback has its merits, the fresh wind will not bring a really stinking Czech scene.