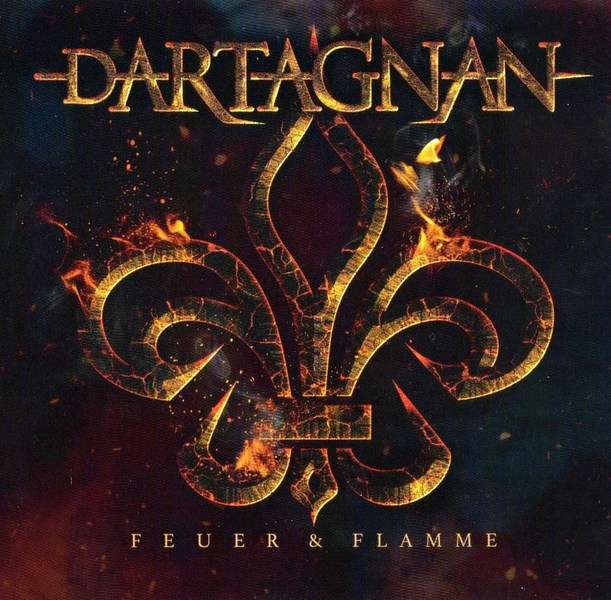 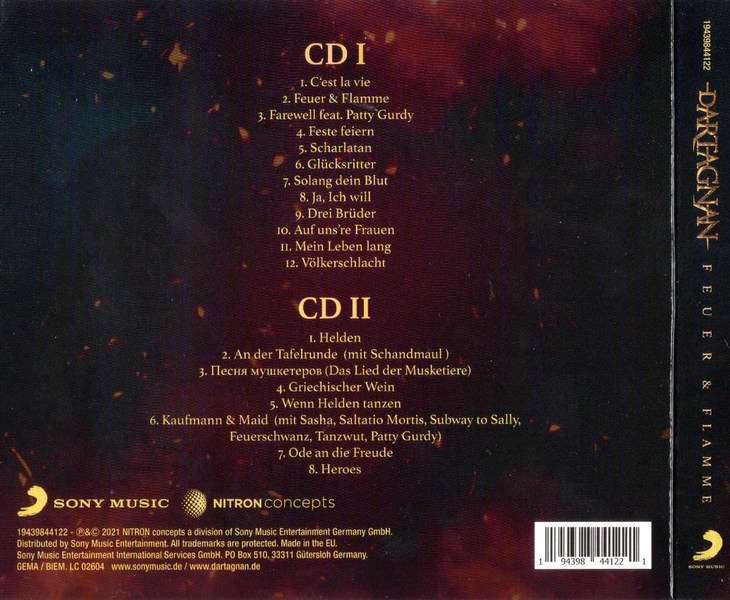 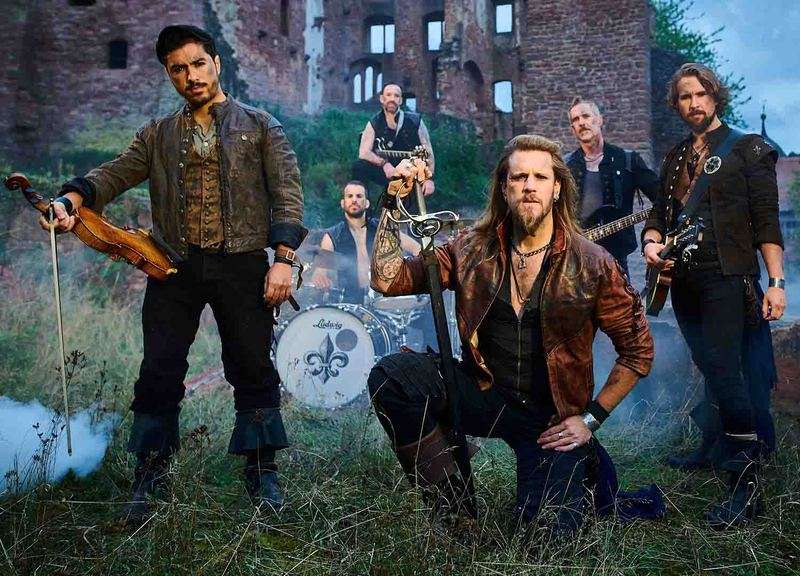 Great deeds, heroism and beautiful women. Is there anything better? We are Dartagnan, three friends from Nuremberg and look forward to you on our site, the first site in the world with "Musketierrock"! How does that sound? Stop it you best himself.Many of our songs are interwoven with Traditionals - with melodies that echoed some of them already hundreds of years ago through the streets. Yet our music also fits well in the present time - we find at least.In a world that's not at grade clearly, and simply, we try to convey what is important to us and what has always means people something: Big changes start small, but never without a certain amount of lust for life, compassion , friendship and never without the courage to tackle something and to look ahead.

You must be very strong now. Today we have the new album for you by a band that has already performed at the Festival of Folk Music (!). Before you go screaming, get torches, pitchforks, wooden stakes, garlic and silver to exterminate the musical demons and their zombie pack with stumps and stems - let me finish first. We are talking about Ben Metzner's (better known as Prince Hodenherz von FEUERSCHWANZ) own band project DARTAGNAN, which with his “Musketeer Rock” on the debut album “Seit an Since” in 2016 made a huge start in both the Middle Ages and the popular scene. In the meantime, the trio is standing by with their fourth album, Muskete, and with this work entitled “Fire & Flame” they are again clearly advancing into the more rocky area.In addition to the folky bedrock, which, thanks to the violinist Gustavo Strauss, who has been on board since the third album in 2019, has stylistic parallels to FIDDLER'S GREEN, DARTAGNAN also incorporate a large portion of carefree punk rock into their catchy tunes on their new output. This ensures that even the listener of otherwise rather pithy sounds will enjoy the actually-not-but-somehow-but hits of the three modern musketeers. In times like these you can really need a little lightheartedness - and that's exactly what DARTAGNAN deliver, from the lively catchy opener “C'est La Vie” on. Whether the following pounding title track "Fire & Flame" or the congenial duet with hurdy-gurdy heroine Patty Gurdy (played with STORM SEEKER and HARPYIE, among others) - the band around multi-instrumentalist Ben (bagpipes, uilleann pipes, flute, mandolin, tin whistle, Irish bouzouki, acoustic guitar - it would be easier to list what the man can't play ...) proves a golden knack for catchy choruses that provide wonderfully light entertainment.It is easy to find impulsive titles like “Celebrations”, “Yes, I want” or the winking ode to the true strong sex, “To our women” (“To our women and our loved ones - so that you never meet! ”- well, who feels caught?), to shake the dance floor and forget the current social darkness for a moment. Appropriately, DARTAGNAN venture into populists and incendiary speakers with the pounding “charlatan” and also strike one or the other serious tone. In the ballad “Solang 'dein Blut”, Ben tells the tragic story of the far too early death of his mother and guitarist Tim dedicates the song “Mein Leben lang”, in which he also picks up the microphone, to his little daughter.The album “Feuer & Flamme” is also available in a “hero edition” that comes with a comprehensive bonus CD. In addition to a great German interpretation of the DAVID BOWIE classic “Heroes” (the edition was named after - appropriately the English version concludes the bonus CD) and the humorous UDO JÜRGENS cover “Greek Wine”, there are many delicacies to be found there. Among other things, the song “An der Tafelrunde” recorded together with SCHANDMAUL and the funny collaboration “Kaufmann & Maid”, in which Sasha and Patty Gurdy, as well as musicians from SALTATIO MORTIS, SUBWAY TO SALLY, FEUERSCHWANZ and TANZWUT participated. The cover version of the Russian musketeer hit “Pesnia Mushketerov (Песня мушкетеров)”, for which Ben even took language lessons for accurate pronunciation, can also be found here, as well as the poignant Uilleann Pipes solo “Wenn Helden Tanzen” and a folky interpretation of Beethoven's “Ode To Joy".Who now simply pulls the stick out of the fun-free trven metal butt, could really have fun with DARTAGNAN's "Fire & Flame" and maybe even convince his grandmother of the rousing sounds of the three dashing musketeers. But be careful: increased risk of singing along!