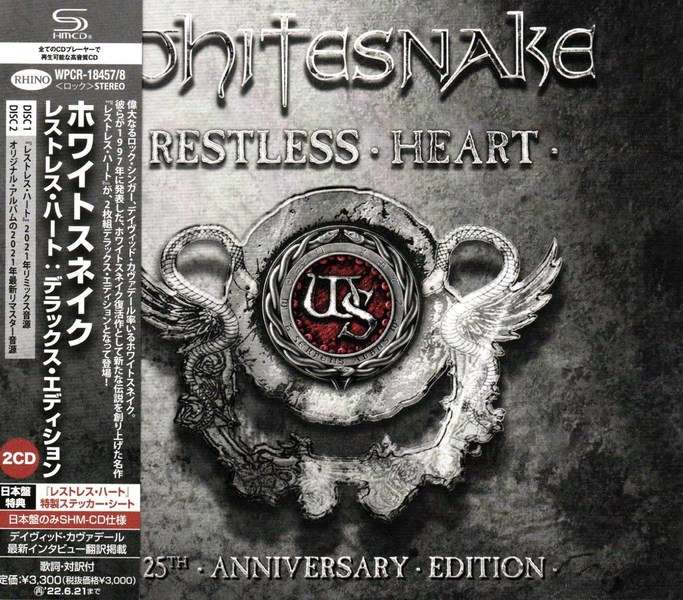 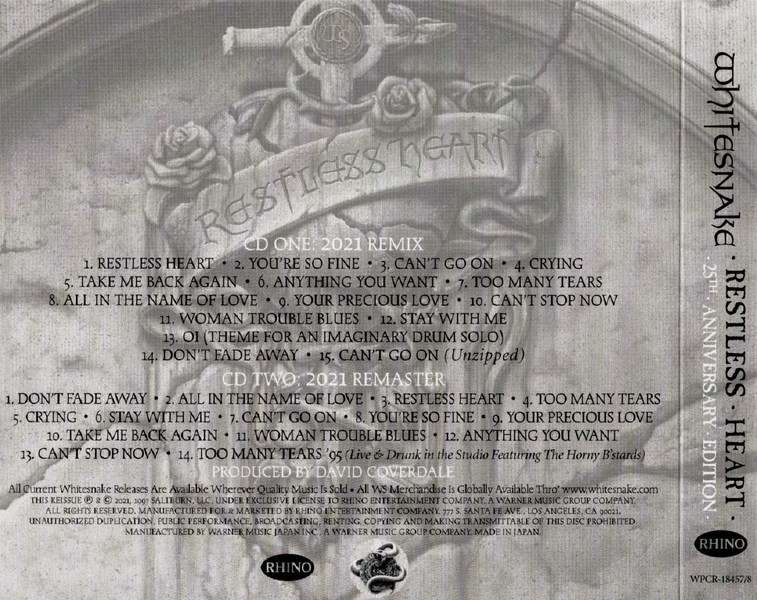 In the wake of Whitesnake's massive global success, the band's founder and lead singer, David Coverdale, was ready to record his third solo album in 1995. That plan was derailed, however, when he felt pressured to release Restless Heart under the David Coverdale & Whitesnake moniker. Despite the changes, the 1997 album was a Top 40 hit in the U.K. Somehow, the record was never released in America. That will change this fall when RHINO introduces several versions of Restless Heart, including a four-disc boxed set.RESTLESS HEART: SUPER DELUXE EDITION will be available October 29, 2021, and is available for pre-order now at $64.98. The 4-CD/DVD collection features newly remastered and remixed versions of the original album, along with unreleased demos and studio outtakes. The DVD includes music videos and a behind-the-scenes look at the making of the album with new interviews from David Coverdale. The set comes with a hardbound book filled with rare and unseen photos from the era.Three additional versions of Restless Heart will arrive the same day. First is a 2-CD Deluxe Edition that includes the new remix plus the original album, newly remastered ($24.98). Next is a 2-LP Deluxe Edition pressed on 180-gram silver vinyl that features the newly remixed album ($31.98). And finally, there is a 1-CD version which again features the newly remixed album ($14.98). In addition, all of the music will be available digitally through streaming services.RESTLESS HEART: SUPER DELUXE EDITION opens with a newly remixed version of the album that's closer to the sound Coverdale initially intended for his new solo release. It's followed by a newly remastered version of Restless Heart, including the singles "Too Many Tears" and "Don't Fade Away," plus three bonus tracks from the album's original Japanese release. Featured musicians include Adrian Vandenberg, Denny Carmassi, Guy Pratt and in addition, guitarist Joel Hoekstra and keyboardist Derek Sherinian who bring their exceptional talents to the party.The following two discs reveal how Restless Heart evolved, starting with early pre-production versions of every album track to later takes of those songs. The DVD features several music videos ("Too Many Tears" and "Restless Heart") plus the Making of the Album featurette. There is also a video EP featuring the three relevant songs from the 1997 live acoustic album, Starkers In Tokyo, originally only available in Japan.