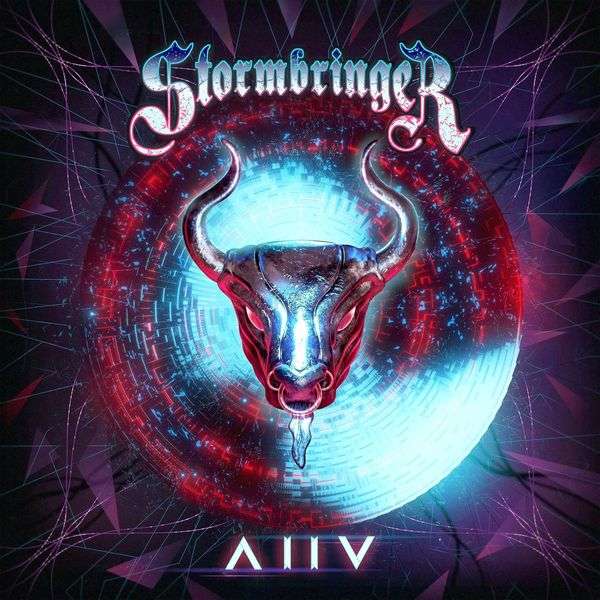 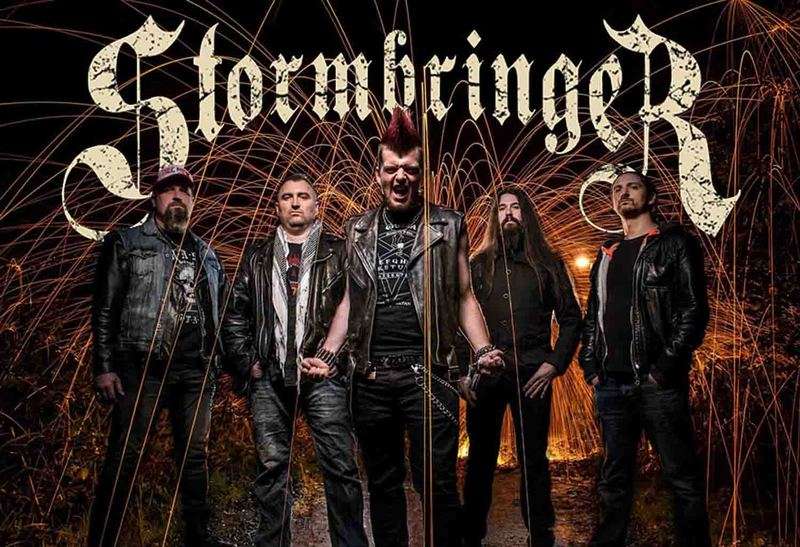 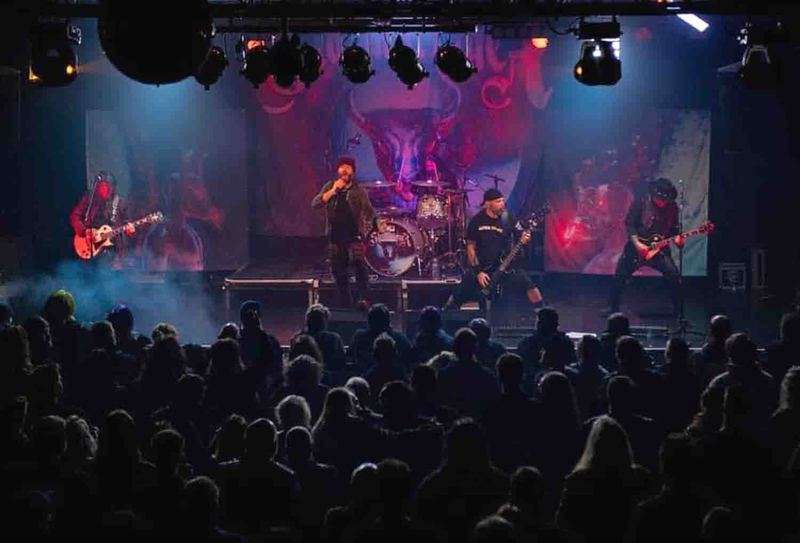 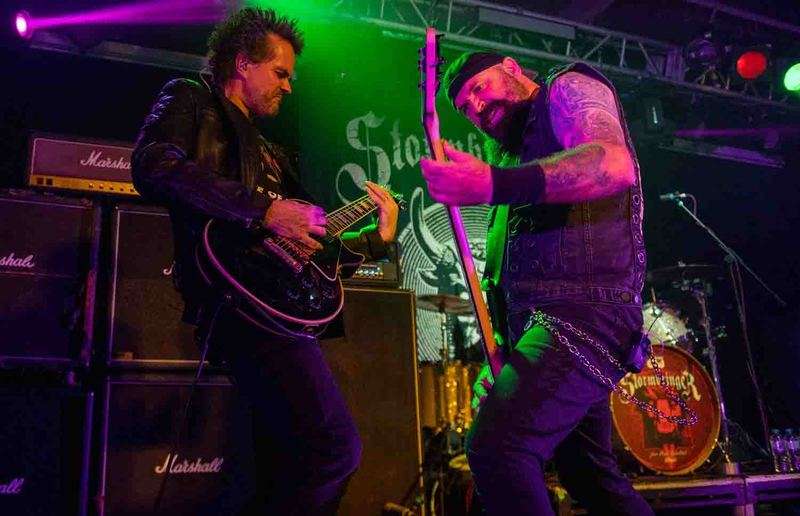 Stormbringer is a Northamptonshire, UK-based hard rock band, formed in 2011 and signed to Transcend Music as of 2013. Stormbringer performed at the Ronnie James Dio stage at Bloodstock Open Air 2013 festival and their début album was scheduled for release in 2013.Ash’s love of playing the guitar came quite by accident, as his brother was bought a cheapo acoustic for his birthday. After the guitar got dicarded in a corner by a thoroughly unimpressed 9 year old, he took to playing around with it creating more noise than actual notes. Fast forward a couple of months and while watching a Dire Straits live VHS, decided that playing the guitar was something he absolutely had to do and bought a crap Encore Strat copy and began taking lessons. Whilst taking lessons he joined a Metallica tribute band in about 1998 with some friends which never really amounted to much, mainly drinking beer, listening to Metallica and Pantera whilst failing miserably trying to play it. In 2000 he formed a band with some of the friends from the tribute band and formed nu-metal band Nikita who gigged fairly regularly and recorded one EP. After it was clear that Nikita was going nowhere, he got together with a vocalist friend of his and hunted for a bassist and drummer. The result of this was grindcore band Nekkrosis, who recorded one EP and one full length album, and supported many bands including Napalm Death, Trigger The Bloodshed, Origin, The Rotted, Raging Speedhorn and more, and a UK tour with The Berzerker, of which Jon Quantrill was the tour sound engineer. The band established themselves as local heroes alongside Dom’s band Deadeye, and played many shows together. Due to lack of interest between members and other factors it was clear that Nekkrosis had run its course. Having decided that a change of direction was in order, and long time talks about starting a band, he met with Dom and over several pints Stormbringer was formed.

There are albums that make us, as writers, smile and kick the chair, because they are nasty and catchy, exciting and full of an amazing energy. It’s a feature that only Rock has in its genres.The powerhouse that did it for me me is called STORMBRINGER, from UK. Just take a listen to “Aiiv” and you’ll understand how I feel and what I mean.It’s just a filthy, nasty and melodic form of making Hard Rock that was used many times before, but in the hands of this quintet, it becomes heavier, but still catchy, done with an amount of energy that turns impossible to stay quiet in the same place. By the way, they play as heavy, filthy and nasty as you can expect. Be prepared, because these guys are going to conquer many fans!So, no this ain’t muscular and they aren’t bringing a storm either. Instead Stormbringer are about to reap all kinds of destruction.After watching dullards like Shinedown suck the life out of the genre, you could be forgiven for thinking that the glory days were over. “Aiiv” is a fabulous example of how good hard rock can still be.