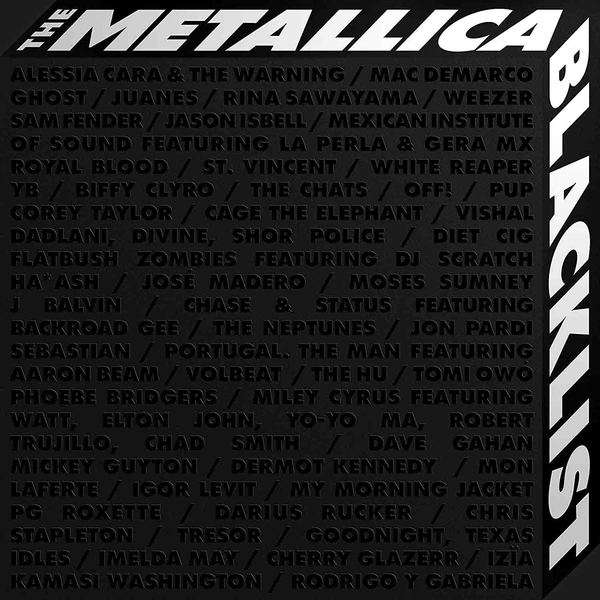 Metallica is an American heavy metal band from Los Angeles, California. The band's fast tempos, instrumentals, and aggressive musicianship placed them as one of the founding "big four" of thrash metal alongside Slayer, Megadeth, and Anthrax. Metallica was formed in 1981 when James Hetfield responded to an advertisement that drummer Lars Ulrich had posted in a local newspaper. The current line-up features founders Hetfield (vocals, rhythm guitar) and Ulrich (drums), longtime lead guitarist Kirk Hammett and bassist Robert Trujillo, who joined the band in 2003. Previous members of the band are lead guitarist Dave Mustaine, who went on to found Megadeth, bassists Ron McGovney (demos only), Cliff Burton (the first three records, died in 1986), and Jason Newsted. The band also had a long collaboration with producer Bob Rock, who produced all of its albums from 1990 to 2003 and served as a temporary bassist between the departure of Newsted and the hiring of Trujillo.The band earned a growing fan-base in the underground music community and critical acclaim with its first four albums, with their third, Master of Puppets (1986), described as one of the most influential and heavy thrash metal albums. Metallica achieved substantial commercial success with their eponymous fifth album (also known as The Black Album), which debuted at number one on the Billboard 200. With this release the band expanded its musical direction resulting in an album that appealed to a more mainstream audience.In 2000, Metallica was among a number of artists who filed a lawsuit against Napster for sharing the band's copyright-protected material for free without any band member's consent. A settlement was reached, and Napster became a pay-to-use service. Despite reaching number one on the Billboard 200, the release of St. Anger (2003) alienated many fans with the exclusion of guitar solos and the "steel-sounding" snare drum. A film titled Some Kind of Monster documented the recording process of St. Anger and the tensions within the band during that time. In 2009, Metallica was inducted into the Rock and Roll Hall of Fame.Metallica has released nine studio albums, four live albums, five extended plays, 25 music videos, and 37 singles. The band has won nine Grammy Awards, and has had five consecutive albums debut at number one on the Billboard 200, making Metallica the first band to do so. The band's eponymous 1991 album has sold over 16 million copies in the United States, making it the best-selling album of the SoundScan Era. Metallica ranks as one of the most commercially successful bands of all time, having sold over 120 million records worldwide.Metallica has been listed as one of the greatest artists of all time by many magazines, including Rolling Stone, which ranked them 61st on its list of The 100 Greatest Artists of All Time. As of December 2012, Metallica is the fourth best-selling music artist since Nielsen SoundScan began tracking sales in 1991, selling a total of 53,642,000 albums in the United States alone. In 2012, Metallica formed the independent record label Blackened Recordings, and took ownership of all of the band's albums and videos.

The Metallica Blacklist is one of Metallica's most ambitious and largest projects: the longplayer brings together more than 50 artists from different genres and generations, from several cultures and continents, all reinterpreting their favourite tracks from Metallica's Grammy-winning 1991 album of the same name, commonly known as "The Black Album".The 53 cover tracks come from Miley Cyrus, J. Balvin, Dave Gahan, Alessia Cara + The Warning, Cage The Elephant, Phoebe Bridgers, My Morning Jacket, Sam Fender, Dermot Kennedy, Weezer, Jason Isbell, St. Vincent, Chris Stapleton, Kamasi Washington, Mickey Guyton, Igor Levit and many more.Proceeds from all album sales, downloads and streams will go equally to the band's 2017 All Within My Hands Foundation, as well as over 50 other charities chosen by the artists featured on the album.The Metallica Blacklist will be released on 4CD, as a limited 7LP edition and digitally.It’s no secret that Metallica’s self-titled fifth album — a/k/a The Black Album — is one of the most commercially successful records of all time. Its 1991 release propelled Metallica to bona fide household name superstardom, and its impact and relevance have only grown with the years: The Black Album remains the best-selling album of the past three decades, and one of only two albums that have spent 550+ weeks on the Billboard 200.”The Metallica Blacklist” celebrates the 30th anniversary and enduring influence of this musical milestone with one of the most ambitious projects ever conceived by the Metallica team: An unprecedented 50+ artists spanning an unbelievably vast range of genres, generations, cultures, continents and more, each contributing a unique interpretation of their favorite Black Album cut.Much more than a mere tribute, The Metallica Blacklist offers up new dimensions of the record whose gravitational pull first drew the mainstream to Metallica in 1991—and provides new insights into the universal and timeless appeal that kept it there: the boundary-smashing influence these 12 songs have had on fans and musicians of all stripes.Blacklist’s 53 tracks find singer songwriters, country artists, electronic and hip hop artists sharing their love of these songs alongside punk rockers, indie darlings, icons of rock, metal, world music and many, many more…”The Metallica Blacklist” is a fitting and limitless homage, one that features bands who’ve shared stages with Metallica alongside artists who are younger than the original album.It’s a truly staggering, at times mystifying assemblage of musicians, dozens of whom have little to nothing in common other than the shared passion for the music that’s united them for this album.And really… nothing else matters.