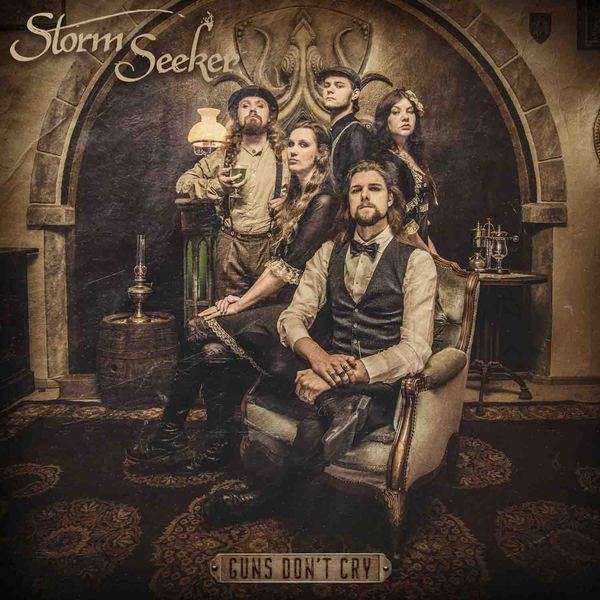 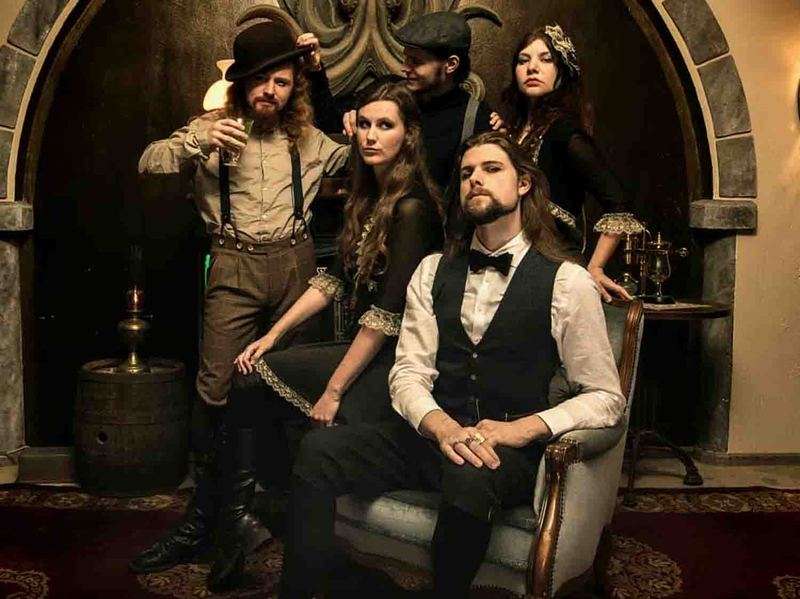 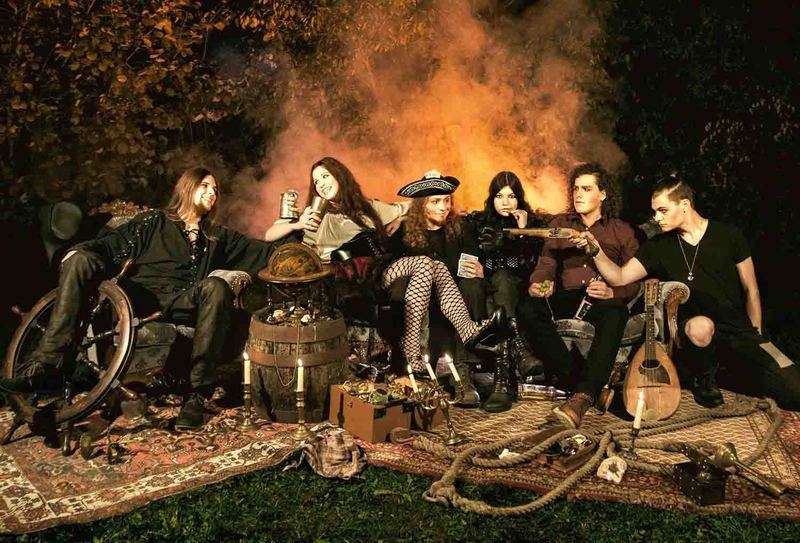 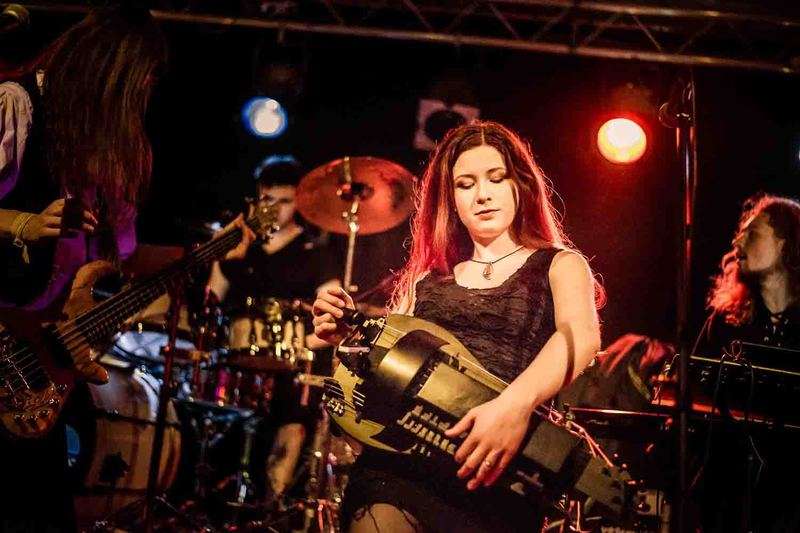 Storm Seeker, founded in 2013, plays Pirate Folk Metal with extraordinary instruments like cello, hurdy gurdy and nyckelharpa. After over 50 successful concert in different cities in Germany up to MetalDays Slowenia, the band just released their full length Album “Beneath in the Cold”.Surrounded by wet darkness and the piercing cold of an invincible stream, your only fellow – a biting smell of salt. You’ve been used to this solitude for a long time swaying in the melancholy of existence. And then suddenly, before your inner melody stops ringing, you’ll be thrown into the cold waters by Timothy’s rough voice – a seductive deepness that promises a way of no return!

German pirate band Storm Seeker have taken to the high seas once again with a new album Guns Don’t Cry. This is the follow up to their successful album Beneath the Cold which was released back in 2019 and has helped shine a light on the whole ‘pirate’ genre, proving that there is more to it than just Alestorm.The album opens up with the catchy, upbeat “How To Be A Pirate”. It’s the kind of song you’ll have stuck in your head within a few listens. “Naval Hitchhiking” follows on with a more Irish tone to it whilst still carrying on with the same style and tempo from the previous track. The clever lyrics really capture your imagination and give you a glimpse into a pirate’s life.Finally, the tone and tempo slow down and take a dark twist with “Shoot This Ship Down”. The track tells you a tale and you can feel the tension throughout until suddenly a battle springs to life and you feel what would be cannon shots and explosions.The title track of the album carries straight on from the battle scene depicted within “Shoot This Ship Down” right out of the gates with some fast double bass. The tempo launches you into a catchy chorus followed by a melody once again depicting a glimpse of pirate battle life along with gunfire, sword fights, and the screams of death in the air.“One More Day” sends the listener into the aftermath of the battle, where the wreckage of the once-proud ship drifts into the shark-infested open ocean. The use of a cello on this track really helps give it the bleak, glum vibe and with the addition of the female vocals, it really gives the track that sense of true despair. The vibe is so strong and the journey to this point has been so well depicted that there is no doubt the listener will want to continue listening to find out what has become of the beloved pirate heroes.The album plays host to a short track, coming in at a mere 1 minute 55 seconds, and it’s called “Compass”. It’s very different with its haunting vocals but somehow it still sticks to the story being told. Next, we are invited to “Row Row Row”. You don’t even have to hear the whole song for it to be stuck in your head, it’s that catchy. The sea shanty vibe is strong with this track and it will have you humming and singing it all day with minimal effort.“Deathwatch Beetle Party” is another catchy jig seemingly about the boat being eaten from within by all manner of hungry critters. It gave me this idea and thought that if your ship is sinking, you might as well sing about be happy before you descend to Davy Jones’ Locker!“Sextant” had a guest vocalist appearance from Sebastian Levermann of power metal band Orden Ogan. Given the song’s name is that of a naval navigation tool, it’s no surprise that this track is all about navigating the high seas.Bring the album to a close is “Itsy Bitsy Teenie Weenie Honululu Strand Bikini” which is fully sung in German. Clearly a comedic take on the world-famous “Itsy Bitsy Teenie Weenie Yellow Polka Dot Bikini” it gives a humorous and light-hearted end to the adventure on the high seas.Storm Seeker has managed to build on their success from Beneath in The Cold rather well. The German pirates have made something here that would give the kings of pirate metal, Alestorm, a run for their money. It’s clear the band can deliver both serious and comedic pieces whilst being able to weave a story for the listener to be engrossed in the whole time.Where will Storm Seekers next adventure of an album take us? Well, let’s see what the map says!