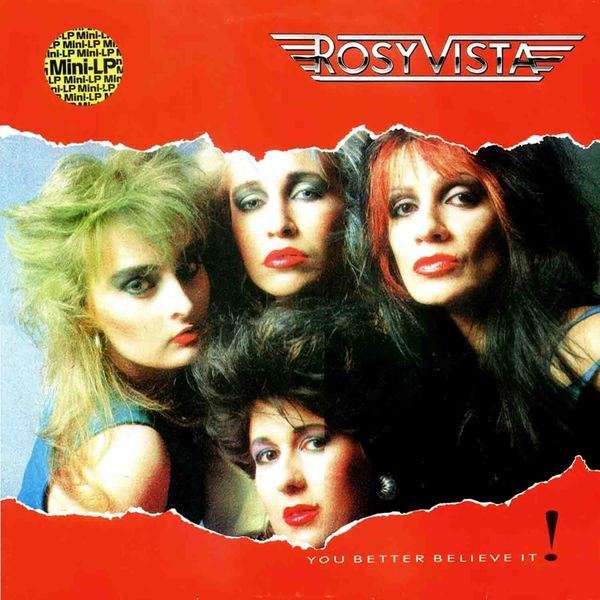 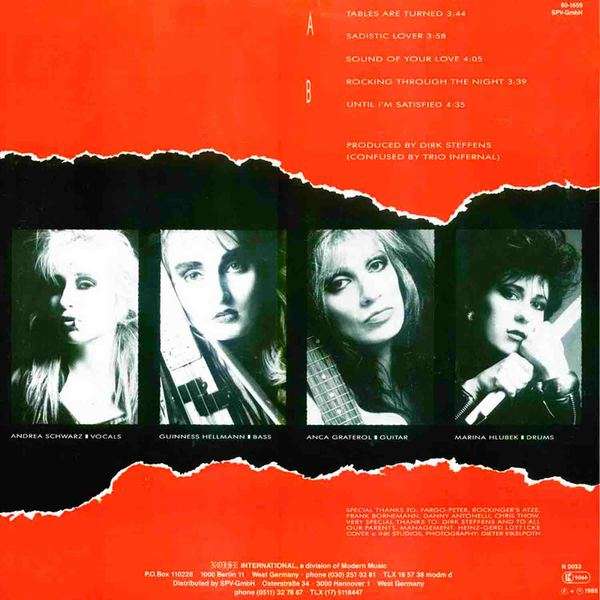 The story of Rosy Vista begins in the late 70's when Anca Graterol left the sadly ill-fated Romania in order to start an all-female rock band. In 1983 the first incarnation of Rosy Vista began. Like many other combos, the line up changed regularly and stabilised in 1985 with the arrival of Marina Hlubek behind the drums.After a few opening acts, including Uriah Heep in Hanover, the girls attracted the attention of the Noise label. An EP You Better Believe It was soon recorded. This recording, which has become a cult, is one hell of a piece of hard music. The production is excellent and powerful. Let's face it, it has aged very well. The girls show without flinching and with great class that they are excellent musicians. Right from the start with their excellent "Tables Are Turned", Rosy Vista hits the nail on the head with this excellent mid tempo song with very heavy scratchy riffs and its melodic and punchy chorus. No doubt the band drew their inspiration from Scorpions. "Sadistic Lover" is more laid back with its 80's rhythmic lead but very enjoyable. "Sound of Love" is a well-made ballad. If its beginning is rather all over the place, the girls manage to hold our attention by the quality of their interpretation by putting more intensity from the middle of the title by releasing the horse. "Rocking Through The Night" is a good hard rock song, a bit FM, typical of its time, with a lot of work on the chorus to better support the chorus. Finally, "Until I'm Satisfied" is heavier, more sensual too, with a melodic touch.Rosy Vista then creates a success of esteem and thinks to push the nail in by welcoming Barbara Schenker, freshly available following the split of Viva, on keyboards. Unfortunately, the chronic instability of Rosy Vista's line up made Noise question its collaboration with the band. The split was therefore inevitable and probably a waste of time, as Rosy Vista had all the cards in hand to make a splash.We'll have to wait until 2019 for Rosy Vista's first album.