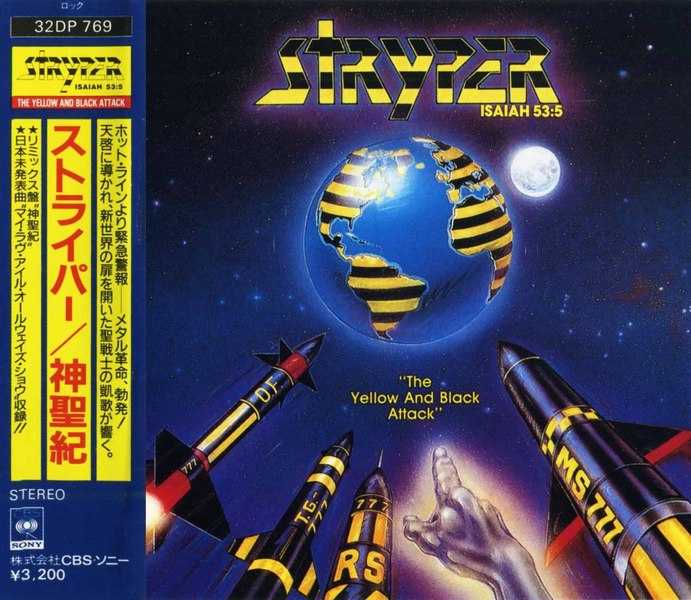 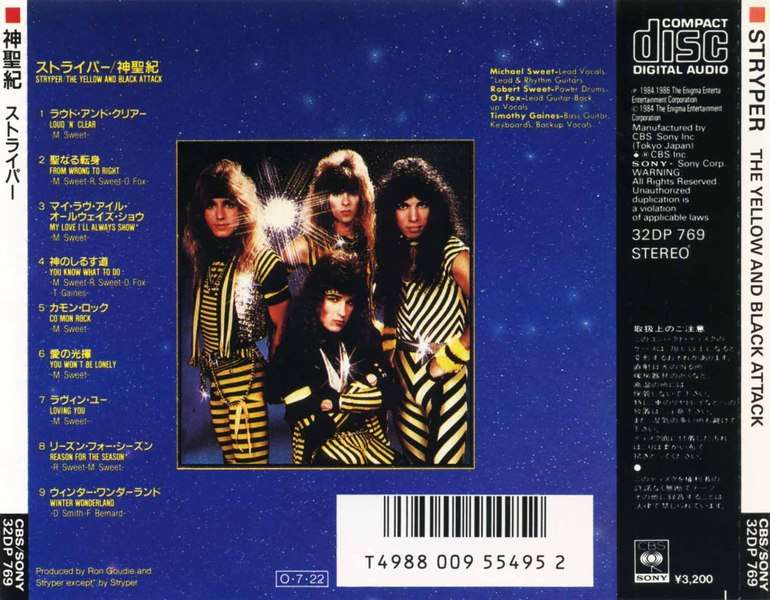 The very first Japanese CD version of this album.The original issue EP had only six songs, but the label went on to rerecord everything and re-release it as 8-song album by including the title track from the "Reason For The Season" single and a new song (Track 3). This Japanese CD version also had the b-side from "Reason For The Season", Winter Wonderland, included as does the Sony/CBS LP version. I think this is still one of the only CD releases with the original studio version of Winter Wonderland on it. It is also on the Michael Sweet Productions version of THWTD, but those may be the only two official CD releases in existence with Winter Wonderland, and both are now super rare. This is probably the most expensive Stryper CD (especially with original OBI) to attempt to acquire because of its rarity and the fact that most every hardcore Stryper fan wants it. It's also the only official CD version with the original missile cover art.

The Yellow and Black Attack is the first release and debut studio album from the Christian metal band Stryper. It was originally released as a six-song EP, and fewer than 20,000 copies were pressed, as their label, Enigma Records, was unsure of the potential market for Christian metal. CCM Magazine was slightly critical, citing production quality and the short length of the release, but commented that "Stryper has the promise of a major success story." According to Michael Sweet's autobiography, the album was re-recorded and released as an official album, after their first manager, Daryn Hinton, loaned them $100,000 to re-produce the record. The album initially sold 150,000 units in the first three weeks.After Stryper achieved major success with their second release and first full-length album, Soldiers Under Command, The Yellow and Black Attack EP was reissued. Re-released on August 10, 1986 with two additional songs, "Reason for the Season" (which was originally released on a 1985 Christmas-themed 12" single with "Winter Wonderland") and a new, mellowed-down version of "My Love I'll Always Show", which dates from their Roxx Regime days. The version recorded for The Yellow and Black Attack featured less obvious Christian lyrics than the one to feature on The Roxx Regime Demos.

+ Video "You Know What to Do" (Official Video)