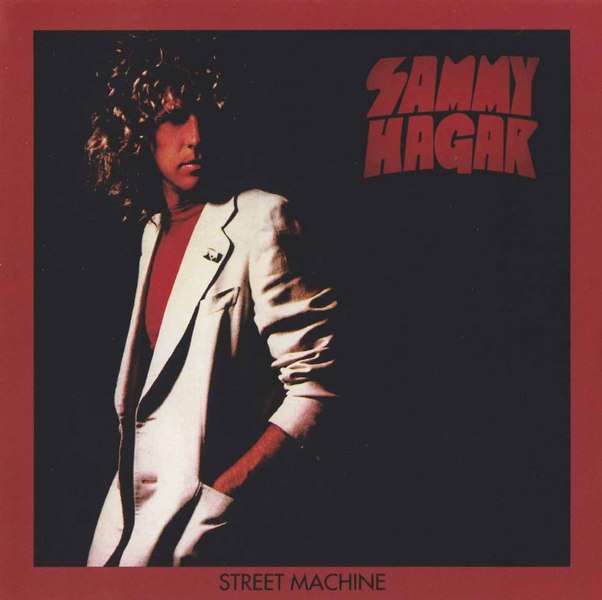 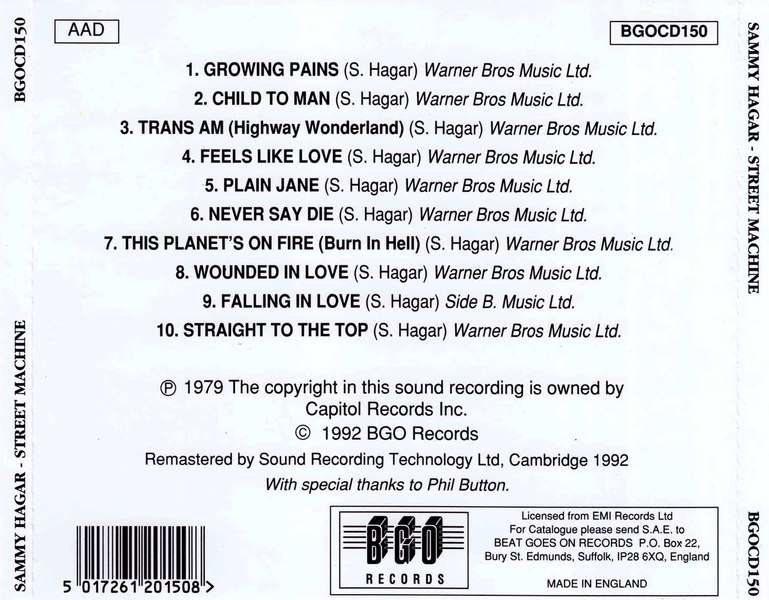 Street Machine is the fourth studio album by American rock vocalist Sammy Hagar, released in September 1979 by Capitol Records.The track "Wounded in Love" was co-written by Hagar's then-wife Betsy.The track "Falling In Love" has backing vocals by Brad Delp, Barry Goudreau and Sib Hashian of the group Boston.The 1996 One Way Records re-release includes a bonus live track, "Miles from Boredom", which was recorded at the Long Beach Arena in Long Beach, California, on July 13, 1980. This was a previously unreleased track from the recordings that were released on Live 1980.n May 26, 2009, Rock Candy records re-released the album as a "Collector's Edition: Remaster & Reloaded". The collection contains extensive liner notes, photos and bonus tracks from a 1979 non-album single, "(Sittin' On) The Dock Of The Bay" and "I've Done Everything for You"."STREET MACHINE is one of Sammy Hagar's best albums from the early part of his career, blending such influences as Ted Nugent and the Outlaws, with many great songs to boot. The highlight of this CD is the cautionary "This Planet's On Fire (Burn In Hell)", but that doesn't take away from the power of such songs as the slashing rocker "Trans Am (Highway Wonderland)" and the sensitive midtempo number "Plain Jane." Hagar's advocacies of sanctions against Indonesia in retaliation for that country's trumped-up 2005 drug-smuggling conviction of a young Australian tourist, increased funding for law enforcement/community policing, and capital punishment or life without parole for kidnappers make STREET MACHINE an essential purchase for both your ears AND your conscience."