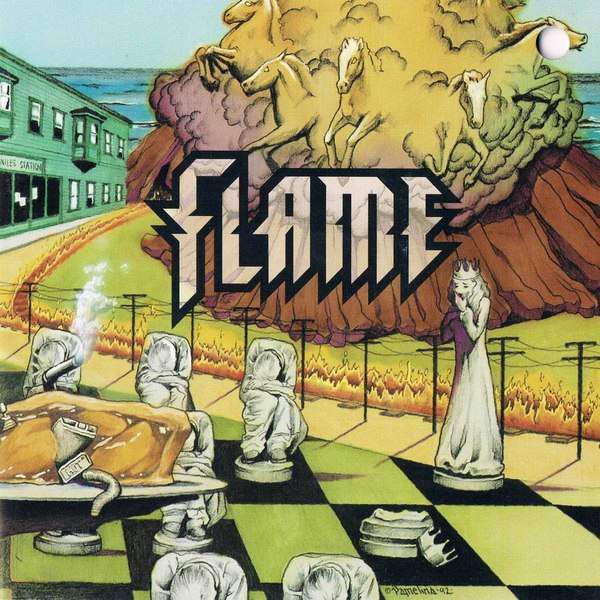 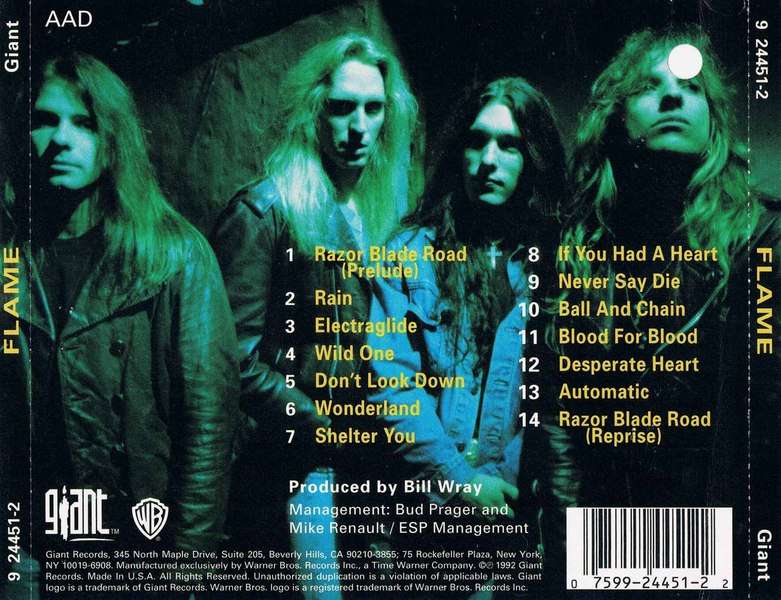 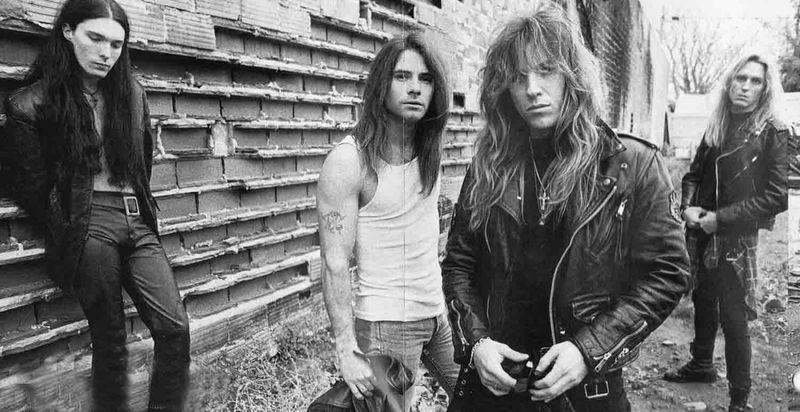 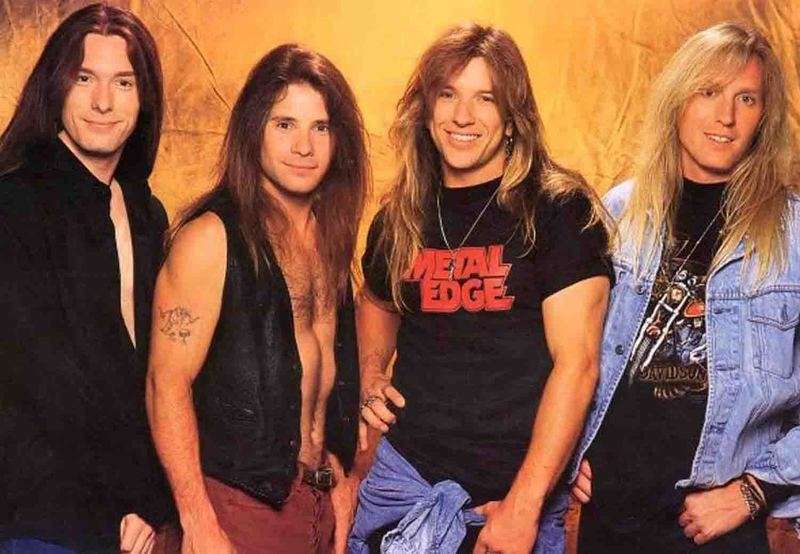 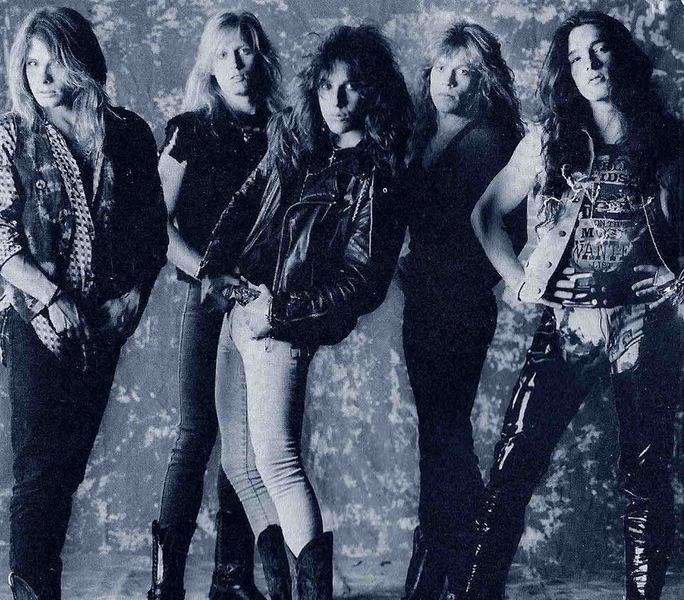 A rock group from the San Francisco Bay area that had all the talent of the next hair metal band and maybe even a little more than some. But instead of begin remembered for their stadium tours and platinum records they are instead remembered (by the few who ever heard of them) as a great glam rock group that never achieved greatness."Blaze" was their first album released in 1989 on an independent label. And the Album was a great mix of 80's hair metal and ballad rock. And it attracted a major record label for their sophomore self titled album "Flame" released in 1992. But unfortunately musical tastes changed in between 1989 and 1992. When a movement/revolution came out of the pacific northwest in the form of grudge rock lead by the 1991 release of Nirvana's "nevermind". There were many casualties of this revolution and Flame was one of them. In the changed musical environment it was very difficult for Flame in get any radio play and their only video "rain" was only showed a few times on MTV's Headbangers Ball as HBB's format changed to grudge as well. If Flame's debut album and follow up had only come out 5 years earlier then maybe they would have realized their true potential instead begin drowned out in a sea of flannel. .

FLAME from US recorded two nice albums between the late '80s / early '90s. Their first disc appeared via a small label, a hard rocking effort with some hair metal on it.By 1990, Flame was signed by a major label and they contributed a song for Don't Tell Mom the Babysitter's Dead OST, while the band's second album was being recorded with producer Bill Wray, a movie soundtrack specialist many times featured on this blog.Entitled as the band's name, "Flame" is much more melodic and accessible than the previous CD.With a sound & style typical of the 1990-92 years - read Damn Yankees, Tesla and a bit of Night Ranger, at places Flame infuse some songs with a bluesy vibe akin Great White or Tangier.My favorite cuts are the ones with the more melodic hard rock oriented melodies and choruses, such as the very good "Don't Look Down", the punchy "Ball and Chain", the pumping "If You Had A Heart" or the midtempo ballad "Desperate Heart".A nice, very melodious US Melodic Hard Rock album, "Flame" delivers a quite 'easy to the ears' sound that, despite at places pretty hard rocking, it's always pleasant with friendly verses and choruses.