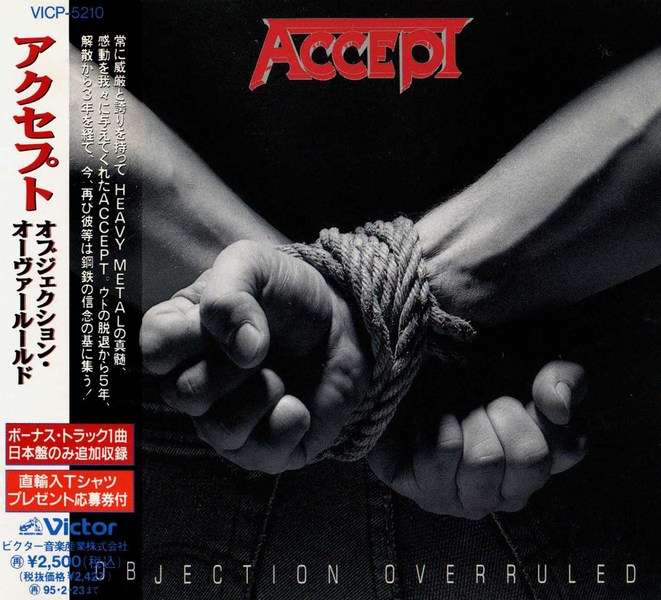 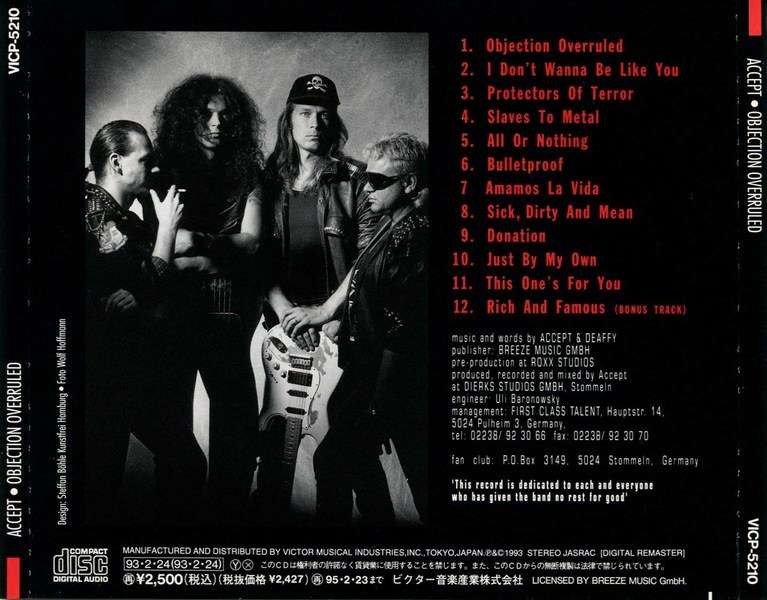 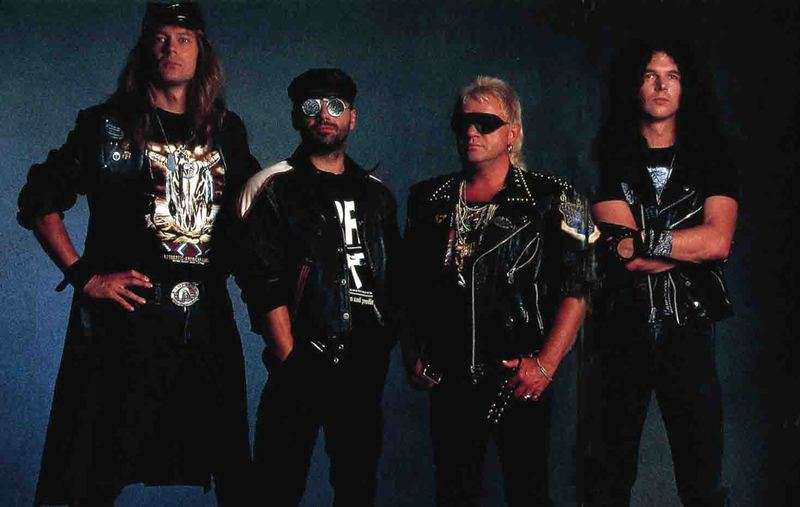 Accept is a German heavy metal band from the town of Solingen, originally assembled by former vocalist Udo Dirkschneider, guitarist Wolf Hoffmann and bassist Peter Baltes. Their beginnings can be traced back to the late 1960s. The band played an important role in the development of speed metal, being part of the German heavy metal scene, which emerged in the early to mid-1980s.Following their disbandment in 1997 and short-lived reunion in 2005, Accept reunited again in 2009 with former T.T. Quick frontman Mark Tornillo replacing Dirkschneider and released their two highest charting albums to date, Blood of the Nations and Stalingrad.They have sold over 17 million albums worldwide

Japan remastered album with bonus track.After conquering the rock world with their own teutonic brand of melodic heavy metal in the '80s with 'Balls To The Wall' and 'Metal Heart', Accept parted ways with original singer Udo Dirkschneider following the release of 1986's 'Russian Roulette'.Dirkschneider decided to embark on what would become a largely successful solo career, marking the final album to feature Accept’s original frontman until this 1993’s "Objection Overruled".Accept was put on hold by the core duo of Peter Baltes (bass) and Wolf Hoffmann (guitar) in 1990, and it took 3 years to all members to reconnect again. Udo Dirkschneider also agreed to team up once more under the Accept banner and this time, unusually, as a one guitar quartet."Objection Overruled" was the result and at the time the Rock press seemed pretty nonplussed by an album that was accused of being Accept by numbers.Yet listening to the likes of "Bulletproof", "Slaves To Metal", the title track and especially "I Don't Wanna Be Like You" afresh, there's no denying the criticism was harsh. Yes, the musical climate was different in '93, but man, these songs a great. And pure classic Accept."Objection Overruled" did exactly what was intended, by announcing that Accept were not only back, but back as we knew them – leaders of the European metallic hard rock scene and the inspiration for a whole host of classically inclined heavies.How much any of Hoffmann's guitar partners contributed to Accept as a studio outfit was always something open to question, so there was no noticeable difference to him working alone on the album. Hence the riffs are as big and thick as anything experienced on Balls To The Wall, Metal Heart or Breaker, while Udo had lost none of his authoritative bark.Baltes and Kaufmann were also fired up, the drums positively batter ramming their way into your head, while the bass thrummed with a serious, threatening intensity.Admittedly the slower "Amamos La Vida" may prove an acquired taste, yet for those who buy into Udo's strangely seductive, if unsteady, clean delivery, will find a song of real passion and heart.However it is the foot to the floor riff-a-rolla that will get most frothing,with "Sick, Dirty And Mean" and the awesome "This One's For You" prime examples of the sound for which this band are so renowned.This HNE / Cherry Red reissue unfortunately adds nothing in the way of bonuses, however a skilled remaster from Andy Pearce brings extra bite, while liner notes by respected Rock scribe Malcolm Dome featuring retrospective thoughts from both Hoffmann and Kaufmann add value."Objection Overruled" was a criminally underrated and iniquity criticized at its time, but it's a great rockin' album featuring some killer songs.If you were in 1993 with your musical tastes somewhere else or you listened to the criticism of the time and have as a result always dismissed this album, you really should do yourself a favour and right that wrong as soon as possible.