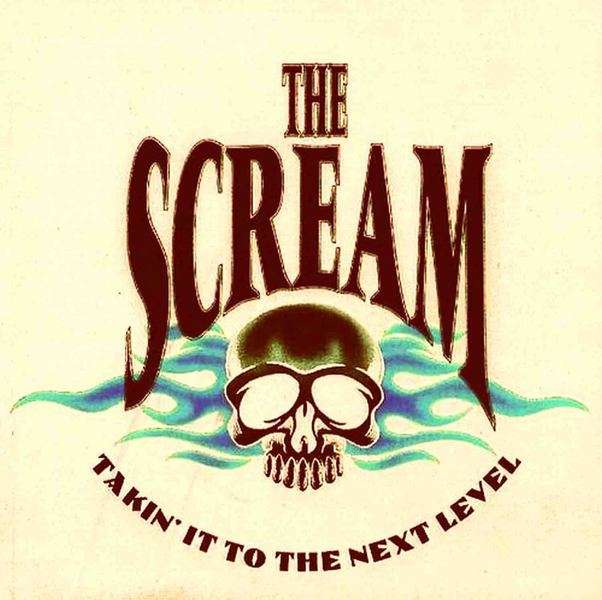 Founded by guitarist Bruce Bouillet, bass player John Alderete and vocalist John Corabi, short-lived band THE SCREAM was a great band for sure plenty of groove, energy, soul and heavy guitars.When Corabi was asked to replace Vince Neil in Motley Crue, they hooked up with another equally as scary vocalist Billy Fogarty and recorded “Takin’ It To The Next Level” which, unfortunately, never got released because of a few Spinal Tap-ish record industry moves.It was 1993, and the music style into “Takin’ It To The Next Level” wasn’t the hot cake anymore.Additionally, on this record THE SCREAM experimented a little with other sounds as well, like funk, rap-metal, etc, mixed with their traditional hard rock style.“Takin’ It To The Next Level” is professionally recorded & produced album, and while there’s copies circulating among fans and collectors, our sounds better and includes extra tracks.