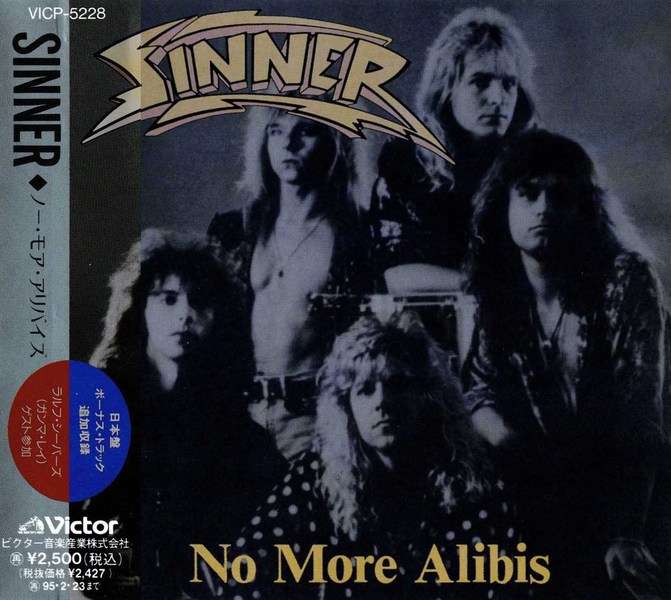 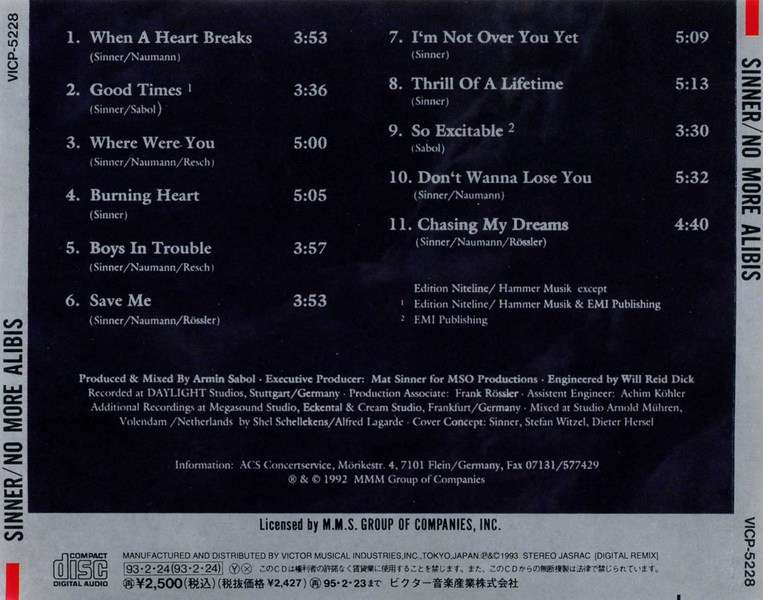 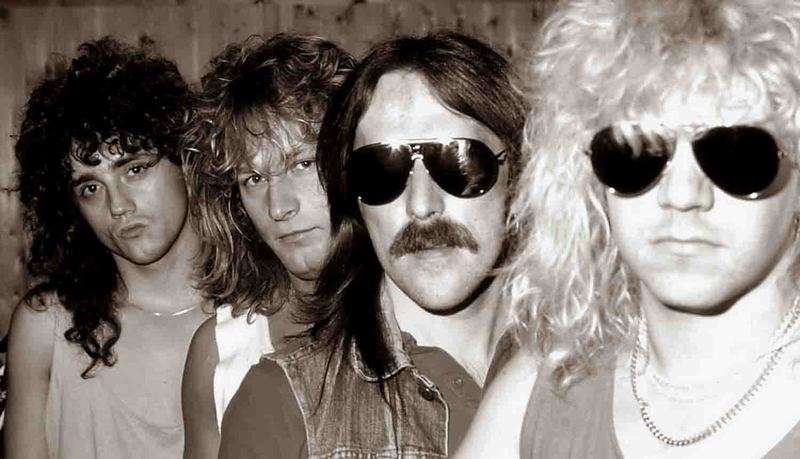 In 1990 Mat Sinner released a solo album called Back to the Bullet on BMG with a completely new band. Three members of the Mat Sinner band reformed Sinner and released No More Alibis in 1992, an album far heavier than anything Sinner had released before. This renewed vigour coupled with songwriting that far exceeded the band's previous releases not only carried on but strengthened with Respect in 1994 and Bottom Line in 1995, the latter staying in the Japanese national charts for five weeks.If you think of Mat Sinner, you will think of Primal Fear or Power Metal, but most would have been wrong about this album. For me a very nice melodic-rock-album, even though it went down with most of them. Anyway, I'm glad I have it. On the opener "When A Heart Breaks" it starts quite mysteriously like in a horror strip and then full of pounding guitars and a divine voice from Mat. Here one feels right how a heart can break. "Good Times" is typically rock like Mr. Big's "Green Tinted Sixties Mind" or David Lee Roth's "Lil'Ain't Enough" songs, grooved totally. With "Where Were You" quite different sounds come. Starting with a yearning chorus to powerful drumbeats, passionate guitars and the incomparable voice of Sinner's pleading chorus, a beautiful song. Followed by the ballad "Burning Heart", which pokes into a very dreamy zone. Partly with wailing weeping guitars. With "Boys In Trouble" it goes on harder again. The plucking guitars and pungent guitar riffs meander through the song, something weird is the chorus with the high background voices. Sounds like a shrieking woman. The first melodic song is "Save Me". Beautiful talking guitars, plucked with the voice of Mats and amplified with a little keyboard sound, a great song to cry. The second ballad "I'm Not Over You Yet" is even more melodic. Here you get really scared that something really can happen. A beautiful story that is hungry for salvation. This is perfectly shown here in collaboration with musical talent. "Thrill Of A Lifetime" is more of an outcry and goes off completely. Strange guitars clanking through Mats voice accompanied so far. "So Excitable" is a bit funky in the style of Steve Vai. Nevertheless a noteworthy song. The last ballad "Don't Wanna Lose You" is simply inspiring accompanied by a keyboard, acoustic guitar and backing vocals. Here, most women can always hold the handkerchiefs. Alone the Lyric makes you cry and if you understand the text and know that you can lose someone who is close, you're crying alone. The puffing song "Chasing My Dreams" is pure power. Pleasing guitars, fast beat paired with keyboard sounds sting the song. For me personally, this album has always been an enrichment and think everyone who likes sinner should have it too.