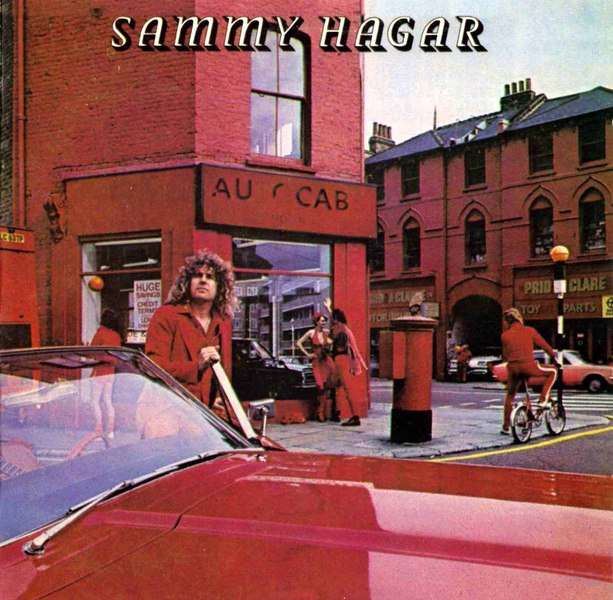 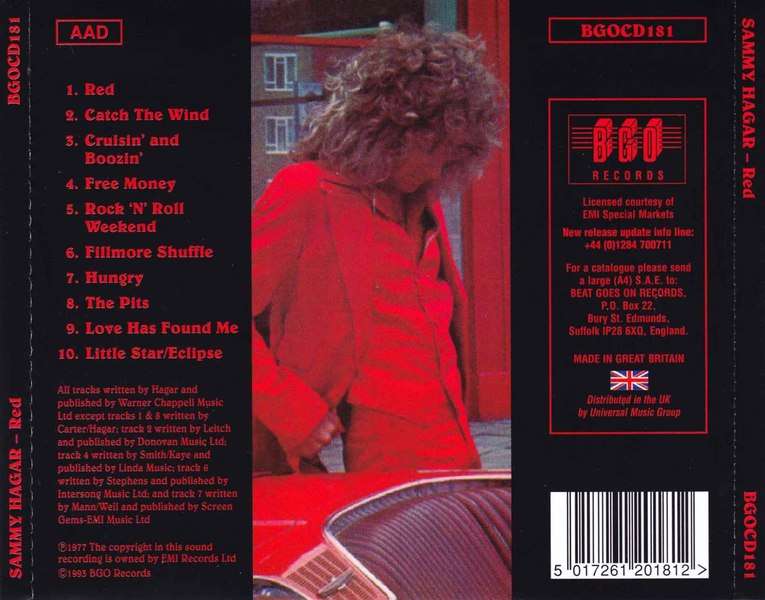 Sammy Hagar is a self-titled second studio album by American rock vocalist Sammy Hagar, released in January 1977 by Capitol Records. It is also often referred to as The Red Album, as it includes Hagar's first anthem, "Red", which is also the basis for his nickname "The Red Rocker". Future multi-platinum selling producer Scott Mathews was talked into playing a drum solo on "Red" after being told Ringo Starr had played his only drum solo in the very same room on The Beatles' last album, named after the EMI Studios this album was recorded in, Abbey Road.The distinctive cover image was shot in Stockwell Road, London, SW9 in the midst of the rows of red Pride & Clark auto shops. These red-painted buildings are also seen in the 1966 film Blowup.Sammy Hagar's 1987 solo album, I Never Said Goodbye, is also sometimes known as Sammy Hagar since early pressings were untitled, pending the results of a contest. Nevertheless, the albums are completely distinct."Red" was the first cover that Bette Midler made of a Hagar song, the second being "Keep On Rockin'" from the soundtrack of the 1979 film The Rose. Midler released "Red" on her 1977 album Broken Blossom. "Catch The Wind" was the second cover that Hagar made of a Donovan song. The first was "Young Girl Blues" which appeared on his first solo album Nine on a Ten Scale. Donovan's single was released on his album What's Bin Did and What's Bin Hid in 1965."Free Money" is a cover of a Patti Smith song, which she released on her album Horses. Smith and Hagar were, coincidentally, inducted into the Rock and Roll Hall of Fame on the same night in 2007. During the televised induction ceremony, "Free Money" was one of the songs featured in a montage of Smith's past live performances."Fillmore Shuffle" is a cover of a track on the first 1972 album, Pilot, by a band named Pilot. This is not the same Pilot that had a hit with "Magic"."Hungry" is a cover of a song that was first a hit for Paul Revere & the Raiders, from their 1966 album The Spirit of '67."Eclipse" is an instrumental outro that follows the song "Little Star".The 1996 One Way Records re-release includes a bonus live track, "Growing Pains", which was recorded at the Long Beach Arena in Long Beach, California, on July 13, 1980. This is an unreleased outtake from the recording that was used to make the album Live 1980.