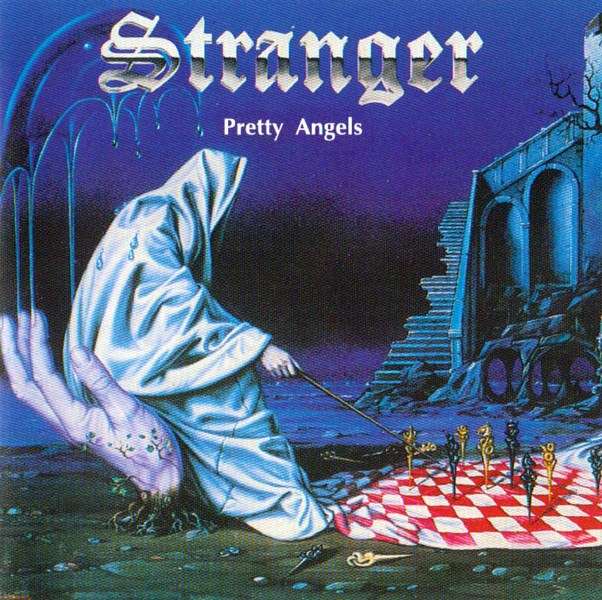 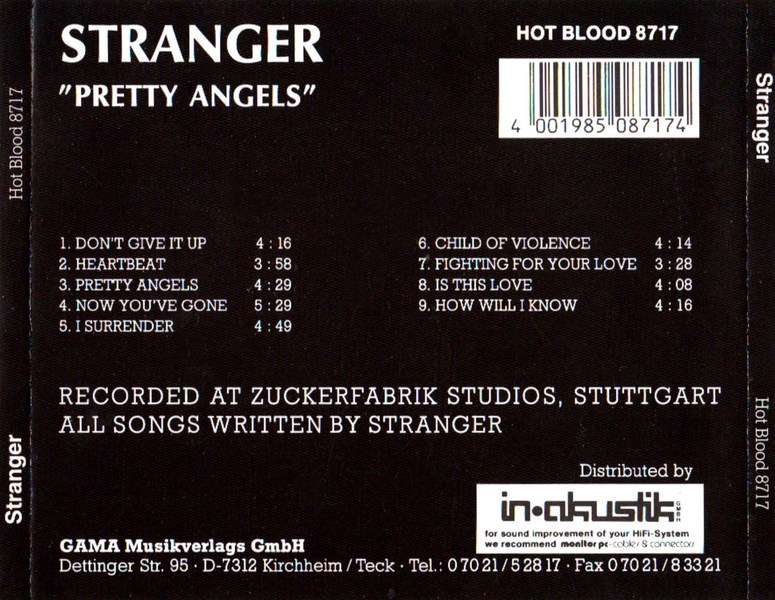 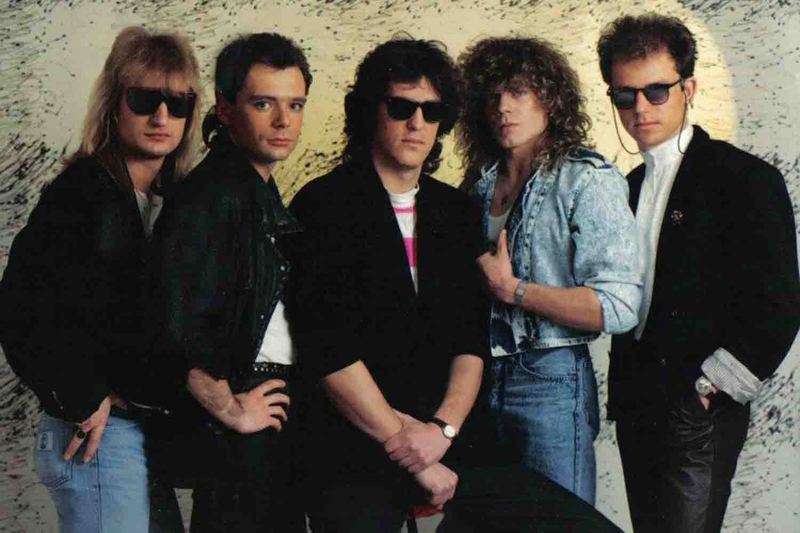 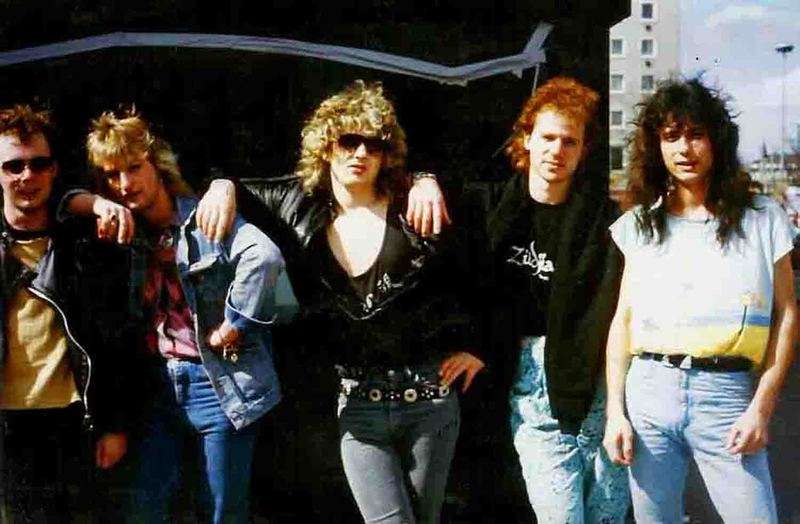 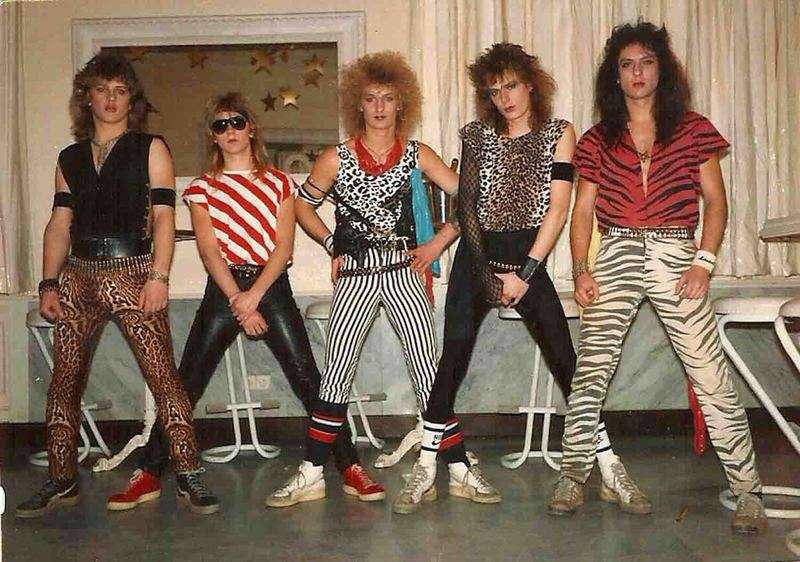 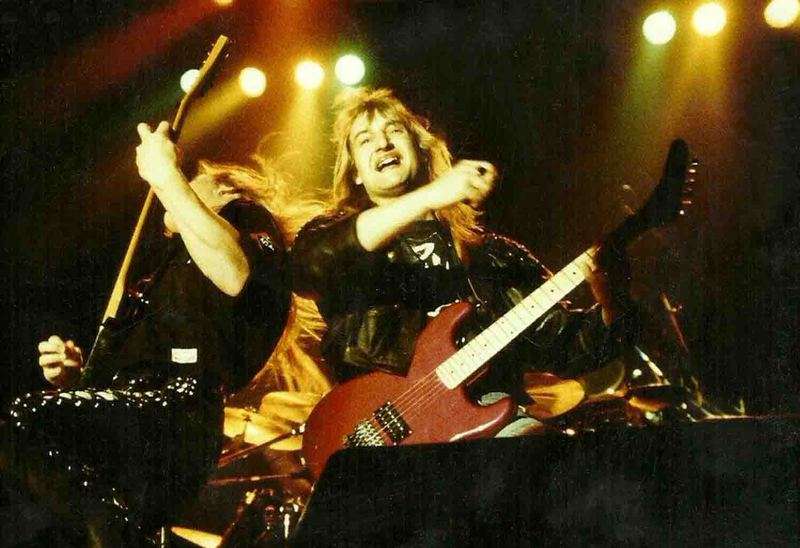 German Hard Rock / Heavy Metal band from Senden formed in 1984, now disbanded.They released 2 albums in their career. The Bell Full-length, 1985 , Pretty Angels Full-length, 1990.The bavarian band STRANGER became famous in the underground with their fantastic album "The Bell". In 1985 this was one of the best melodic/speed Metal albums released worldwide. Sadly, the attention was more on the US and english Metal market, so "The bell" never got the deserved attention. The songs were catchy, but always heavy and the vocals fit perfectly to the music. After "The bell" STRANGER went into more melodic territory, but never reached again the quality with their follow up efforts. Today the original album is a highly in demand collector’s item, so it was time for the vinyl rerelease to keep the memory alive!The CD version was remastered by METALLICA producer Flemming Rasmussen. This means that the sound is very fat and finally does justice to the musical material. The bonus tracks are from the demo and certainly interesting for collectors. The video tracks on the CD were recorded at one of the live concerts. That STRANGER later became CHROMING ROSE should also be known, even though CHROMING ROSE unfortunately never reached the class of the first STRANGER release.

Stranger's debut is probably the 'closest thing to Helloween's Wall of Jericho' out there, an essential release in the ancient German speed metal chapter. Very worthy of hearing and quite possibly very unheard of and underated. So, it takes the band a whopping five years to finally release a new album, and what happens? For starters the entire lineup has changed besides founding guitarist Rikki "Wolfgang" Rieger, and this is probably why there's an entirely new sound and direction here.Only about a minute into this album after hearing those horns, I quickly jumped back on the net to look up the track names to see if what I had, was really what it was. "Is this really Stranger?"Gone are the furiously fast rhythm's, pounding beats, soaring vocals and choruses, ripping solo's that continue on endlessly. In comes some keyboards, synths and melodic rhytm.You can even read interviews with Rieger admitting this release probably made them lose a lot of fans. At times this almost sounds like early Skid Row, but even more laid back with a far more hard rock image around it and that isn't Sebastian Bach on vocals.Amazing melodic album!!While the debut album "The Bell" was still relatively metallic and riff-focused, the follow-up album "Pretty Angels", released five years later, is a completely new band.With the exception of guitarist Rikki Rieger, the entire team has been replaced and musically new paths have been taken. Away from Speed Metal to very melodic Hard Rock and AOR. Somewhere between MAGNUM, SKAGARACK and the German DOMAIN (formerly KINGDOM), you actually find quite acceptable material. The songs are all very soft, with nice hooks that are mainly carried by the very dominant keybord and sythia sounds. As I said, what is presented is musically not bad at all and certainly recommended for fans of the above-mentioned bands, but you don't necessarily have to have "Pretty Angels".Amazing melodic album !!