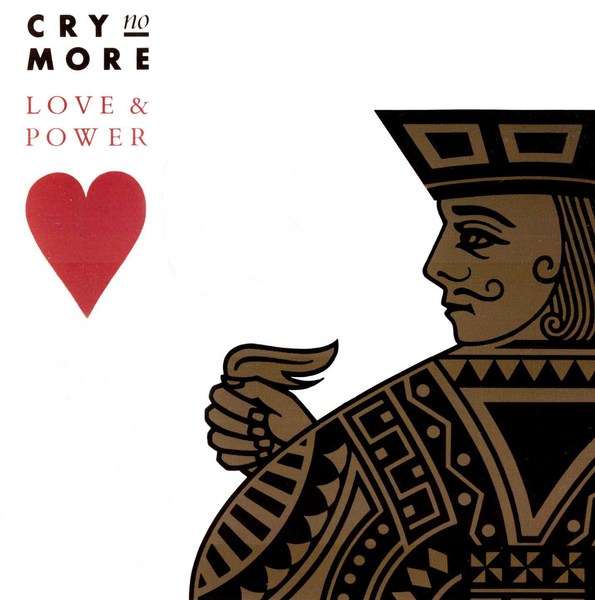 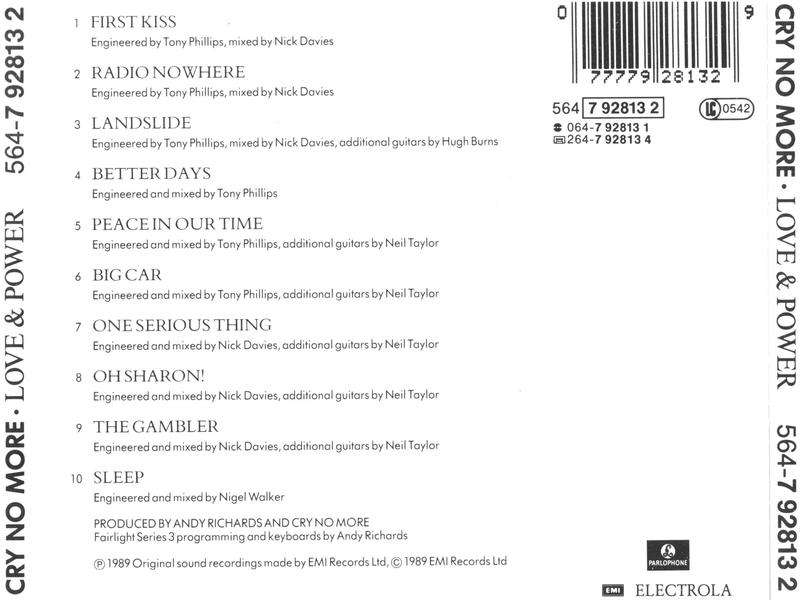 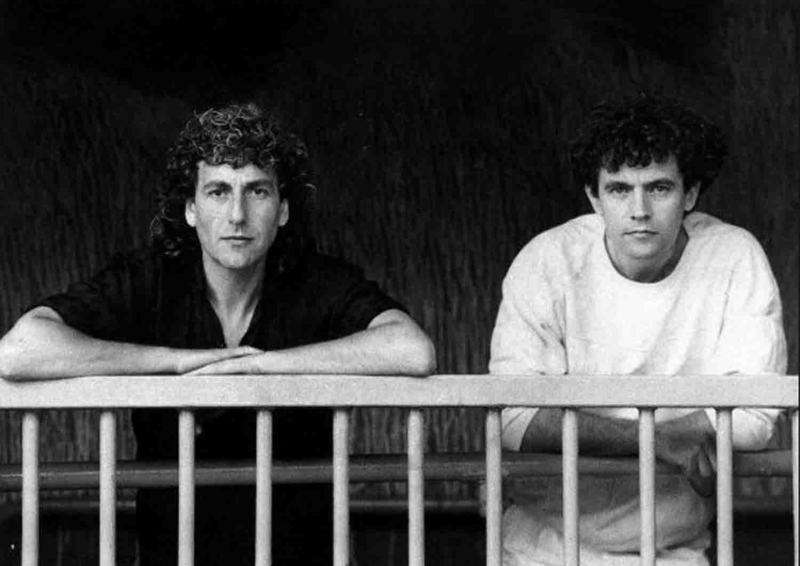 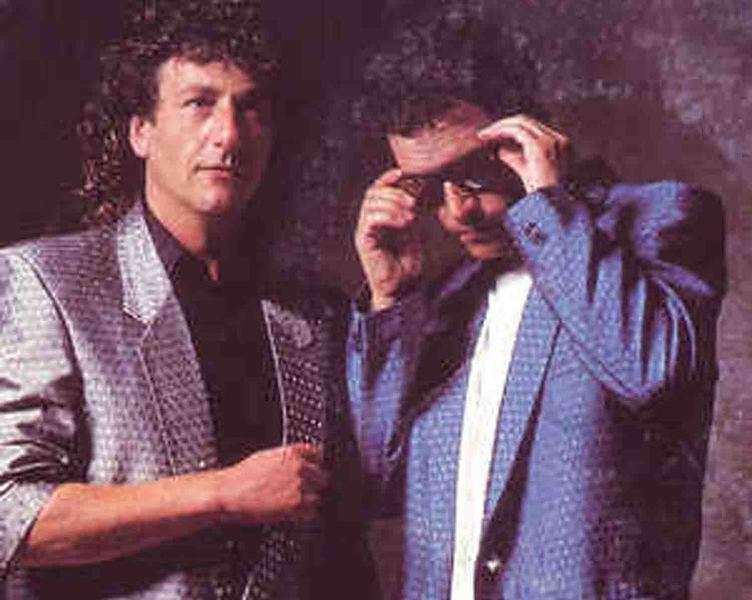 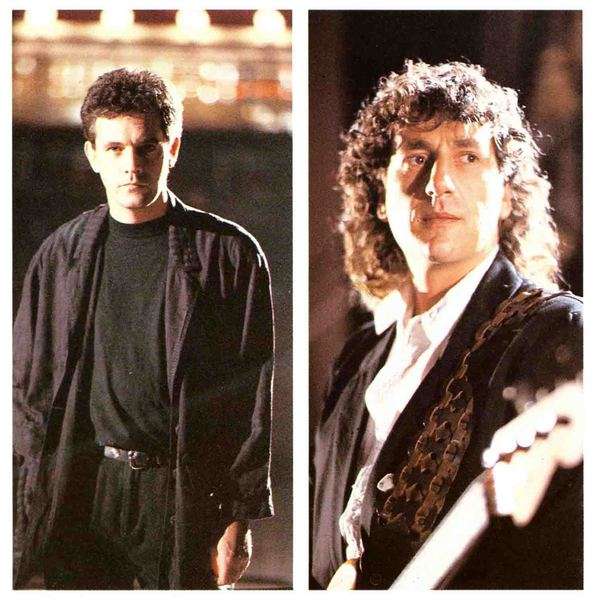 Arista label-mate Roy Hill, with his first Gus Dudgeon produced, self titled album in the can, was spotted by Cousins on a TV show and invited to tour with Strawbs in 1978. Hill was briefly (2 gigs!) a Strawb after Cousins' departure in July 1980 and then went on with Chas Cronk to form their own outfit Cry No More in 1985.After a 1986 release on Coldharbour Records ("Smile"), they signed to EMI Records and their first self-titled album for EMI was produced in 1987 by Richard Gottehrer, Jeffrey Lesser and David Richards. A second album was produced for EMI-Electrola Germany in 1989, "Love and Power" which remains unreleased in the UK (but which has been released on CD).There may have been another indie album release, "Live At the Mulberry Tree" in 1986.An initial single was produced by the band themselves "Cry No More". "Oh Sharon!" was a big hit in Germany, but failed to chart here.Winding up the band in the early 90s, Roy and Chas continued to perform as a duo Cry No More on an occasional basis (usually in the months leading up to Christmas, and usually in their Twickenham heartland). It's an irrestible combination, which often attracted Dave Cousins (and me!) into the audience: Hill's excellent though quirky songs and insane showmanship and Chas's faultless musicianship (despite from time to time limited rehearsal time - if indeed any at all: Roy is capable of throwing in an unrehearsed song on a whim). They also appeared at Chiswick 98 and performed two numbers.1998 saw the release on private CDR of three Cry No More albums: The Chiswick House Bootleg, aka Cry No More's Greatest Hits ; Live At The Cry No More Social Club - a live performance, probably at the Turks Head in Twickenham; and Brown Paper Bag - outtakes (some fairly saucy material) from the live tapes.In 2002, they supported old pals Marillion on a European tour, and launched their website (now defunct). They have played subsequently at Marillion's highly successful weekend shows held at a holiday camp. With Chas's induction to Acoustic Strawbs, Cry No More haven't surfaced for a while other than for their regular annual Farewell Christmas shows.In 2008 Roy began a major programme of releasing Roy Hill/Cry No More archive material and previously-released albums. He also played a series of solo live dates, an experience he describes as his 2008 World Tour, much welcomed by Hill aficionados. A new Roy Hill album Switzerland was promised in December 2008, but arrived in 2014.In 2009 Cry No More scored a great hit at the Strawbs' 40th celebrations, performing on the main stage and after the Saturday show in the bar.The 2009 annual Farewell CNM gig was postponed owing to inclement weather, and was held twice in March 2010, once in the Turks, once in the Royal Oak Hampton. Joan isn't dead. An album of 80s recorded material Temptation came out in 2010 as did a Live CD from Germany. CNM shows and releases have dried up since then, but faithful fans live in hope for a comeback..or perhaps Joan IS dead!

Second album features the smash hit single 'Oh Sharon'.Album was produced for EMI-Electrola Germany in 1989.Great melodic pop rock album.From the pubs of Twickenham to the Royal Albert Hall and back to the pubs of Twickenham, the mighty CRY NO MORE wove a bold and iridescent thread through the tapestry of 20th century culture.An initial single was produced by the band themselves "Cry No More". "Oh Sharon!" was a big hit in Germany.