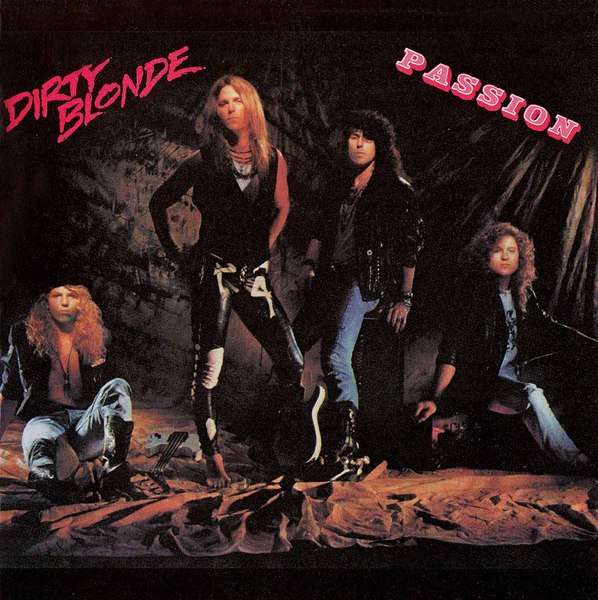 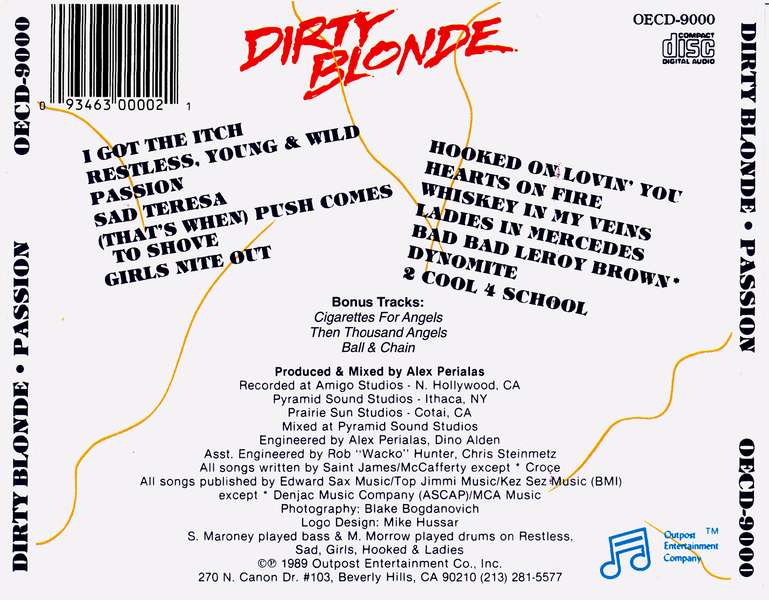 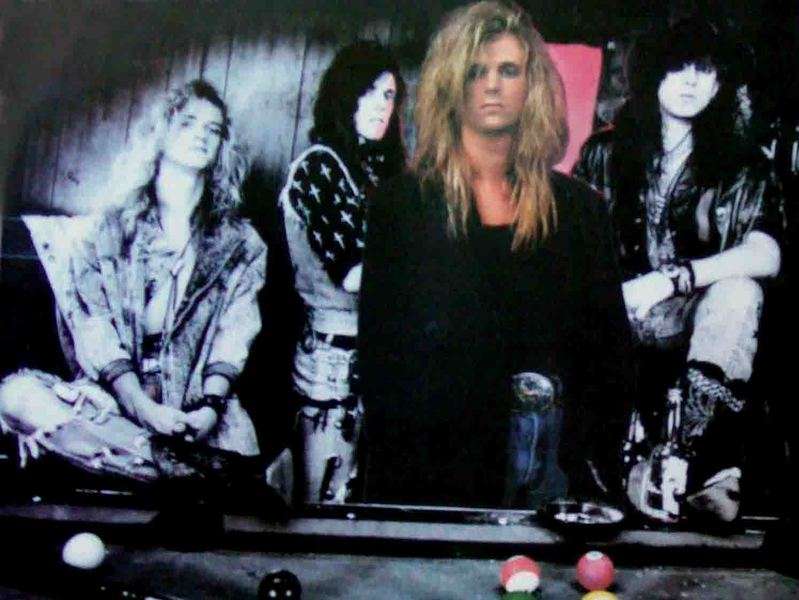 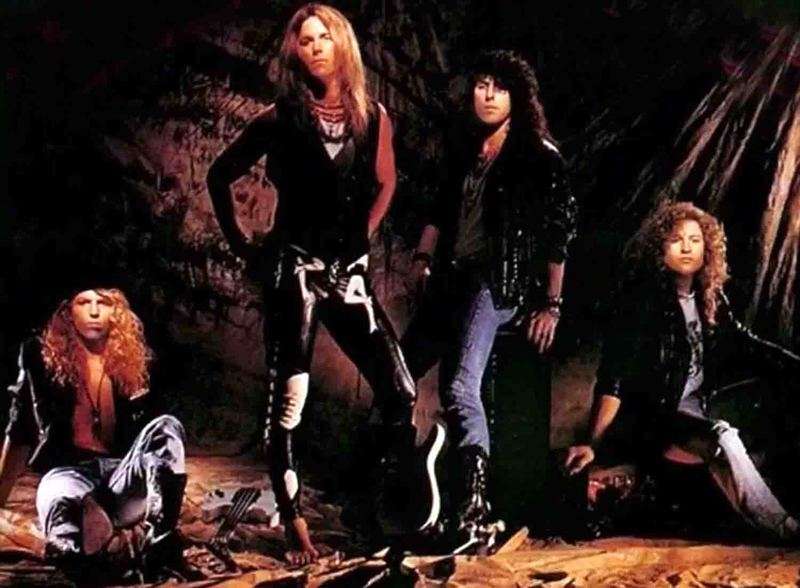 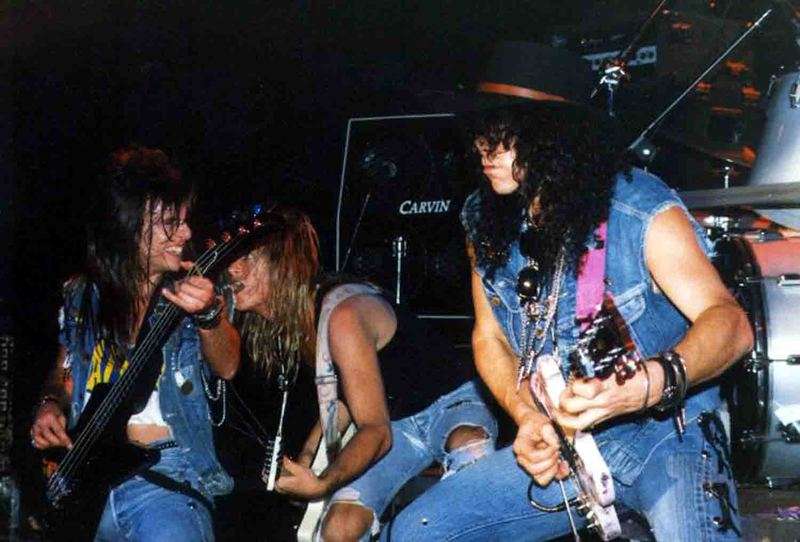 Dirty Blonde were one of the many Sunset Strip bands that got lost in the shuffle towards the tail end of the 1980's. Formed in Los Angeles by Jimmi St. James (vocals), Steven Silva (guitar), Mike Stevens (bass) and Mark Morrow (drums). This line-up gigged for several years in search of a recording contract. However before a contract was obtained Silva and Stevens headed for the greener pastures of another L.A. glam band the D'Molls.San Diego natives Kezzy Mack McCafferty (guitar) and Stevie M. Moroney (bass) were recruited and Dirty Blonde went to San Francisco to record their debut EP. During the recording sessions for the EP, the majority of songs on the debut full length were also recorded. Before the release of Passion, Moroney and Morrow left the group, replaced by Ray Riendeau and Brad Williams respectively. The album failed to propel Dirty Blonde to the next level, and the band disintegrated. Ray Riendeau could be found playing with legends such as Rob Halford and Gary Hoey. Meanwhile Mark Morrow continues to band the drums for his new and upcoming band 20 Second Cycle.

This is a rare edition with 3 bonus tracks on original 1989 promotional release from Outpost Entertainment Company.Sometimes you come upon a CD from a band that put out a sole recording effort and disappeared without the trace, and after few minutes with the CD in the player you wish the band actually made it, or in case of 80' sleaze rock bands, that Kurt Cobain blew his brains out some 5 years later (no hate intended). Dirty Blonde is definitely one of these bands. And while great technical skills were without a doubt a common thing in 80's rock, some bands still lacked musicianship. L.A.'s Dirty Blonde wasn't one of them. Songwriting wise they definitely put out a great effort. Passion , their sole full-length recording, is one of these records that leave you waiting for at least two more CDs of material. Not only is Passion full of solid hard rock riffs, but it is also rich in masterfully crafted melodies. Hell, you can easily say it's almost a melodic album, but still dripping with loads of sleaze. The sludgy edge is mainly courtesy of lead screamer Jimmi Saint James , whose vocal efforts are a mix of Skid Row 's Sebastian Bach and Nitro 's Jim Gillette . Songs like "I Got The Itch" and "Push Comes To Shove" are strong, no-frill rockers, while "Hooked On Lovin' You" and "Girls Nite Out" show the band's melodic side. The only songs that could be better are the sappy ballad "Hearts On Fire" and the absolutely strange cover of Jim Croce 's "Bad Bad Leroy Brown" (I wonder where the band got the idea to cover this one?). However these two small misunderstandings don't put that much of a shadow over this great sleaze/melodic rock record. If L.A. Guns got more melodic in their heyday they might have sounded just like Dirty Blonde , and I guess that's enough to recommend Passion to every true sleaze rock fan.