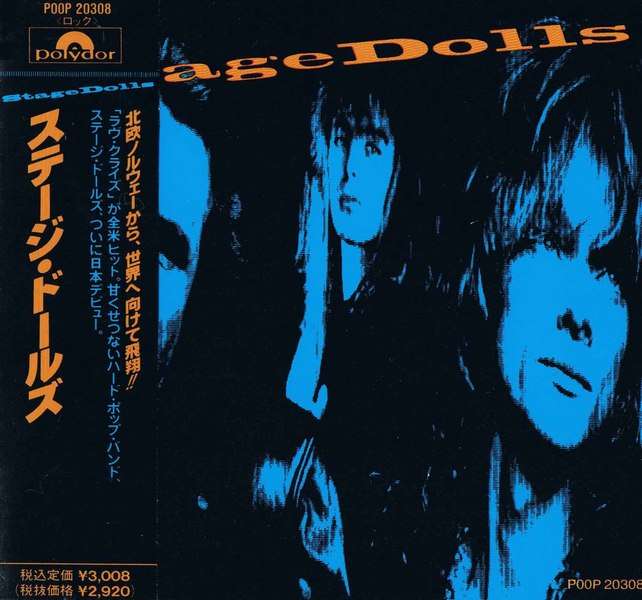 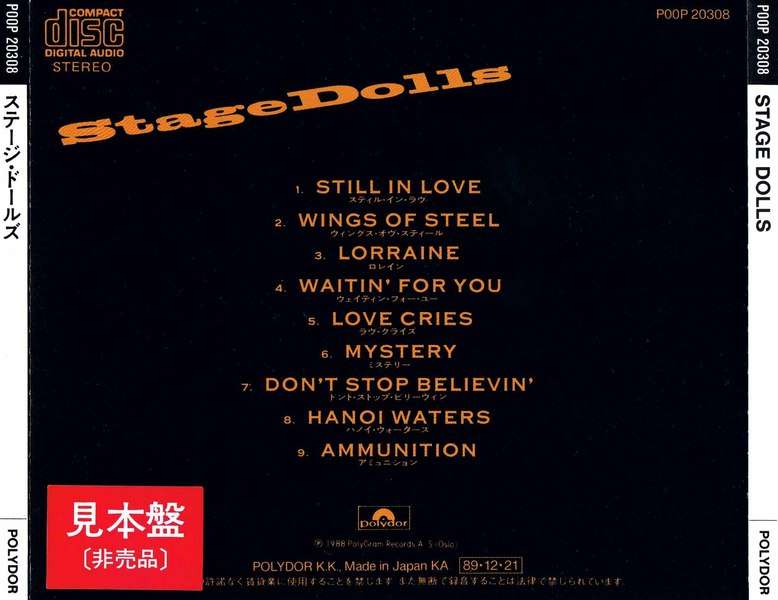 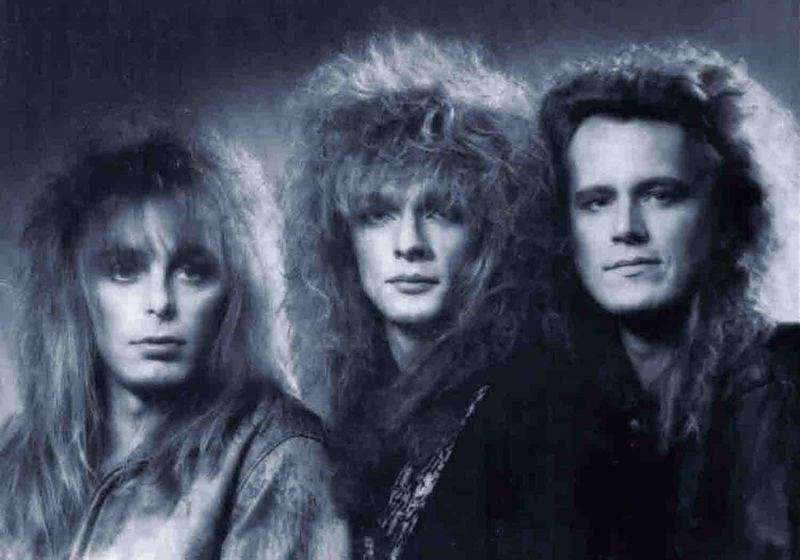 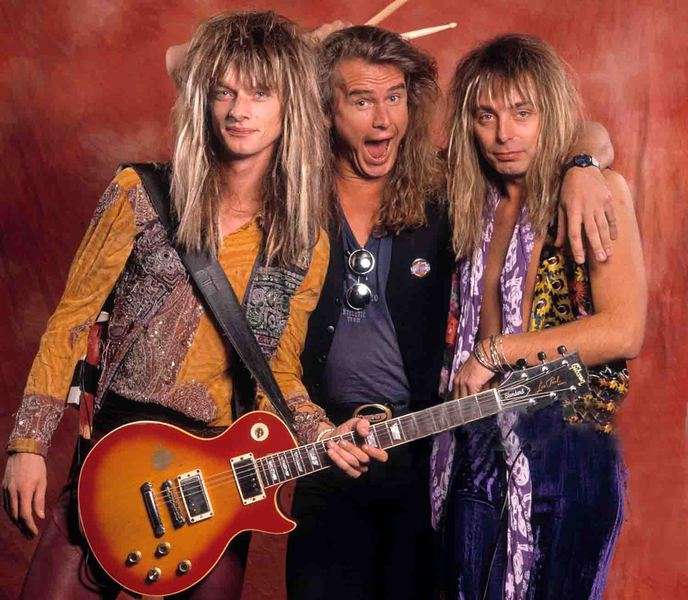 Stage Dolls is a Norwegian hard rock band based in Trondheim, Norway. In 1982, Erlend Antonsen and Terje Storli played at local clubs in and around Trondheim. In need of a guitarist they called on Torstein Flakne, who by then had finished playing in The Kids (a popular teeny-band in Norway 1980-82). Throughout the summer and fall of 1982 the newly formed band started rehearsing and playing shows in the region. The trio took the name Stage Dolls in January 1983. The first album, titled Soldier's Gun, was released in the early winter of 1985 after a successful nationwide tour in Norway supporting the Norwegian band TNT.Antonsen left the band in 1985 and was replaced by Steinar Krokstad; he in turn left in 1993 and was replaced by Morten Skogstad.The recordings for their next album Commandos started in the fall 1985. It peaked at no.8 in the Norwegian charts (VG) and set the band up as one of the most popular rockbands in Norway in 1986. The album was released in the US by Big Time Records and the title track Commandos gained considerable airplay on college-radio.The self-titled third album was recorded in the fall of 1987. It made it to the top of the charts in Norway, and in 1989 the band released the album on Chrysalis Records for the American market. The single "Love Cries" went to number 46 on the Billboard Singles Charts the same year. A second single for the song "Still in Love" was also released in America.

Stage Dolls is the third studio album by Norwegian hard rock band Stage Dolls. Like the first two albums, it was also recorded in Trondheim, Norway, using the same producer, Bjørn Nessjø, and engineer, Rune Nordahl.The album was released in the United States in 1989 by Chrysalis Records, Inc. The single "Love Cries" went to number 46 on the Billboard Singles Charts, and "Wings of Steel" went to number 10 in Norway.The album itself peaked at number 3 on the album charts in Norway.It was certified gold disc in Norway.1987 was spent on the road,taking time off in the fall to go into the studio to record their next album.Torstein had met the songwriter/musician Bobby Icon on a trip to the US in 1986 and they quickly got together writingwise,setting up the songs for the album “Stage Dolls. This was to be Stage Dollsmost successful record so far,taking them to the top of the charts in Norway as well as sending them to the U.S. and the rest of Europe. Hits in Norway with both “Still in love” and “Wings of steel” made it into a platinum album there. In 1989,the band signed a deal with Chrysalis Rec. for the American market.They went over to the States that summer and promoted their single “Love crieswhich went top 3 in the “Album Rock Chartsand no.46 in the Billboard Singles Charts. Touring comprised headlining their own gigs,and also together with other bands,as Faster Pussycat,Warrant,Blue Murder.