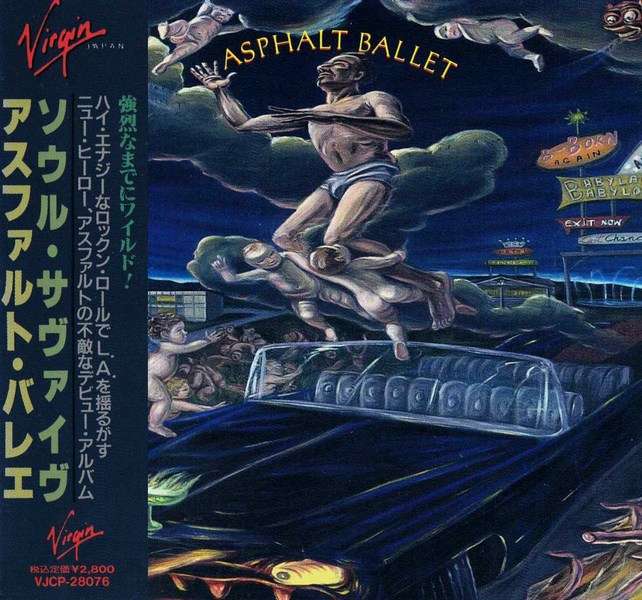 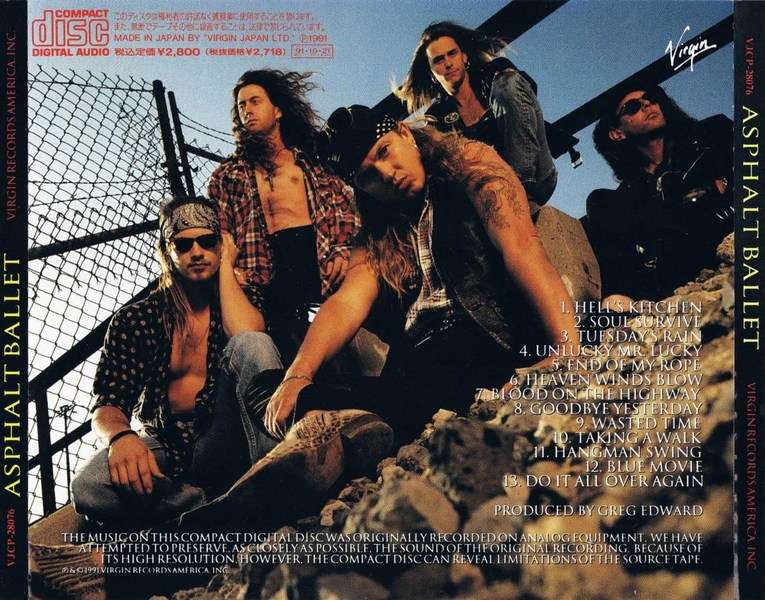 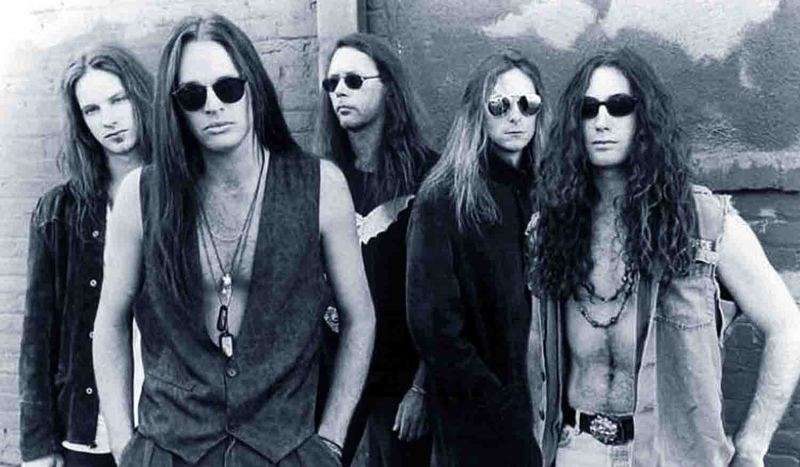 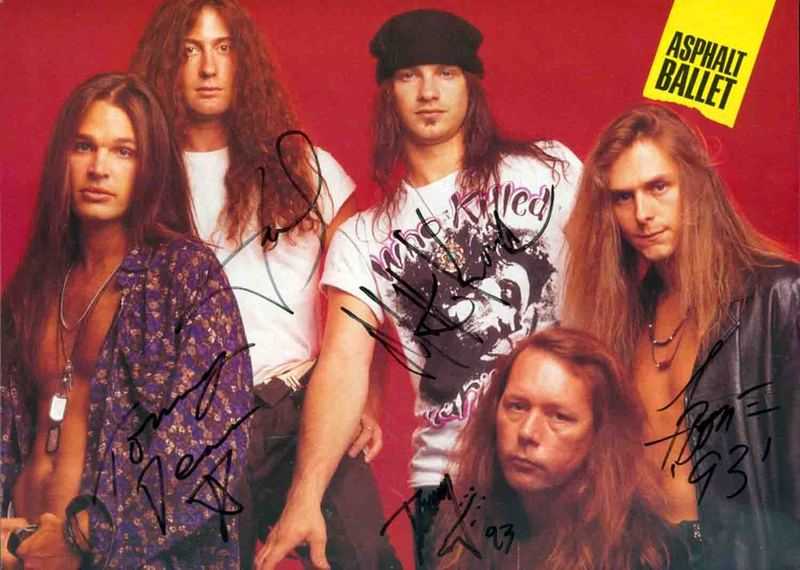 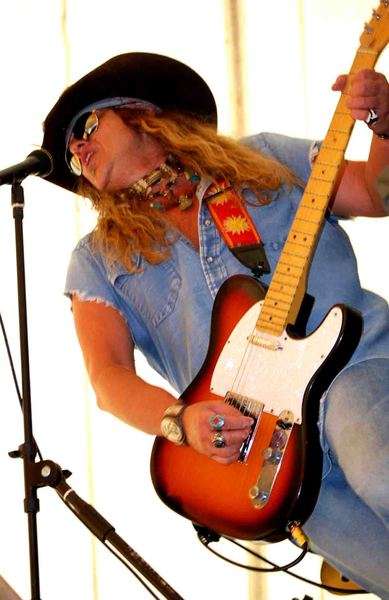 Asphalt Ballet is an American rock band formed in San Diego, California, United States.Their style is rooted in blues rock and incorporates elements of hard rock and Southern rock.The band's name was derived from descriptive terminology used to depict a motorcyclist, crashing and skidding along an asphalt concrete road at high speed.The band consists of vocalist Gary Jeffries, bassist Terry Phillips, drummer Mikki Kiner, and guitarists Danny Clarke and Julius J. Ulrich, although by 2019 the status of the band is unknown. Jeffries fronts the Gary Jeffries Band. When was asked about a reunion with his former bandmates and said, "I wouldn't be opposed to it, but man, I haven't talked to them guys in about 20 years, their MySpace is no longer available.Virgin Records signed the band and released their self-titled debut album in 1991.Jeffries left due to pressure from the label to change their style to sound more like grunge.Their second album, Pigs, was released in 1993,with Tommy Dean on lead vocals.The band split up shortly after the release of Pigs.Information about recording new material may be on the band's MySpace web page, but the most recent was reportedly in February 2011.

Asphalt Ballet is the debut album by American rock band Asphalt Ballet The album was released in 1991 by Virgin Records. The songs Soul Survive and "Tuesday's Rain" had minor attention on the radio and MTV, but the album was largely ignored. ASPHALT BALLET, and their self-titled debut album in its Japanese CD press. Emerging from the late-’80s L.A. hard rock club scene, the San Diego quintet Asphalt Ballet caught the attention of Virgin Records and released this self-titled, major-label debut in 1991.Led by ex-Broken Rule vocalist Gary Jefferies, the band concocted 13 bluesy, commercial rocking tracks that fans of Guns N’ Roses and Poison should find satisfying. The album’s second track “Soul Survive” enjoyed minor radio and MTV attention, but, for the most part, the disc and the band were largely ignored.Part of this because Virgin Records, not exactly specialists in hard rock – when the group was touring presenting “Asphalt Ballet”, there wasn’t physical copies of the album at local record stores. And then, the musical climate started to change.Asphalt Ballet was a different beast among the Californian rock bands at the moment. Imagine a southern-fried frontman with a spectacularly gritty, bluesy snarl backed by leather-vested LA glam-slammers bashing out high-impact muscle rock with pitch-black themes about poverty, suicide, and street crime.That was Asphalt Ballet.Jeffries was originally from Louisiana. Like a lot of off-the-radar screamers, he split his hometown for the west coast to find fame and fortune and stumbled into Asphalt Ballet on his way to an audition for Italian shredder Alex Masi’s band.Everything clicked, and the band joined the flash LA metal fray. Their self-titled debut and scored some buzz on lead single ‘Soul Survives’, a high-flying jammer full of flashy guitars and authentic back-alley grit. And then they hit the road on a Spinal Tap-esque doomed mission, touring with at the time industrial-sleazers Shotgun Messiah for confused crowds and diminishing returns.“Asphalt Ballet” is well worth to discover, a solid talented band which on this album sounds like a cross between Guns N’ Roses and Poison, but this is just a reference to give you an idea. They got a unique style and were different from all American hard rock-related acts in 1991.