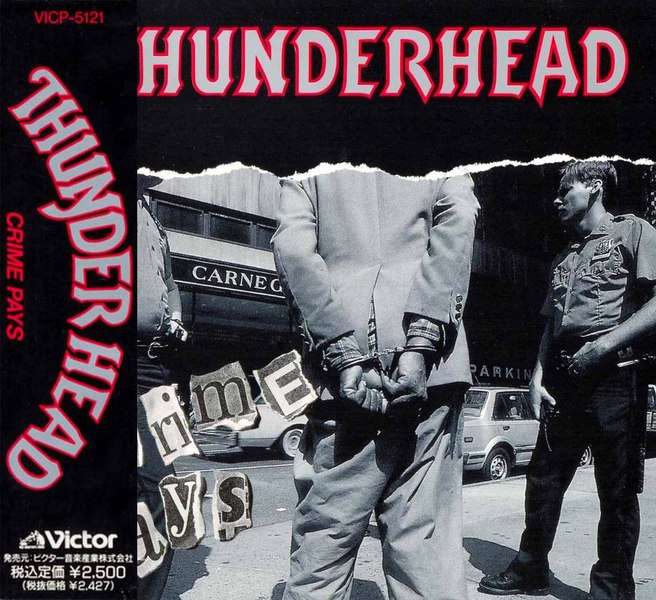 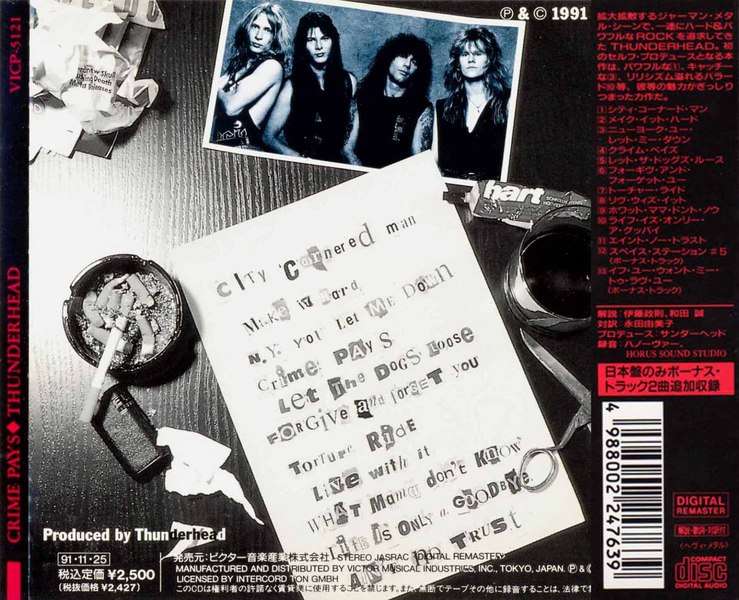 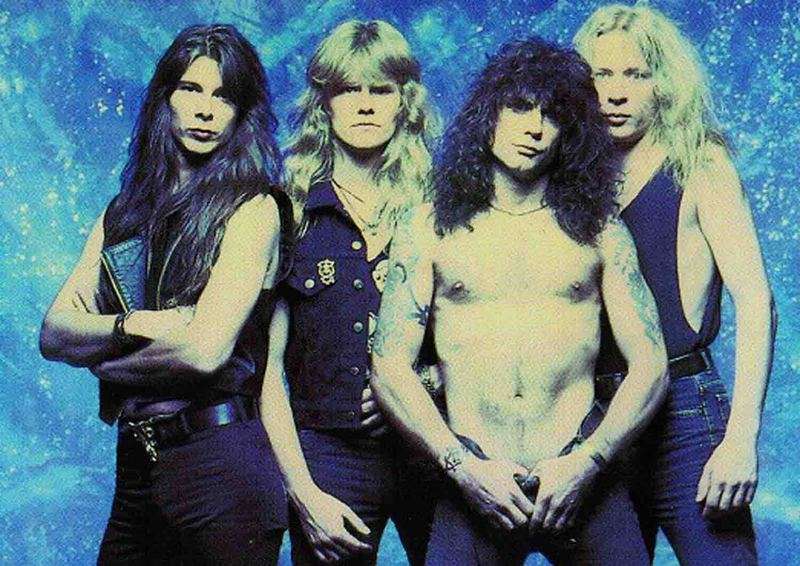 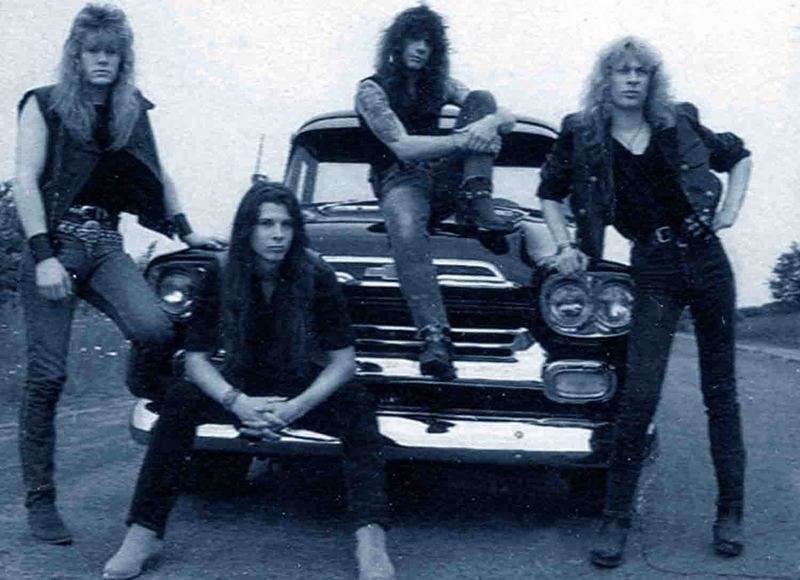 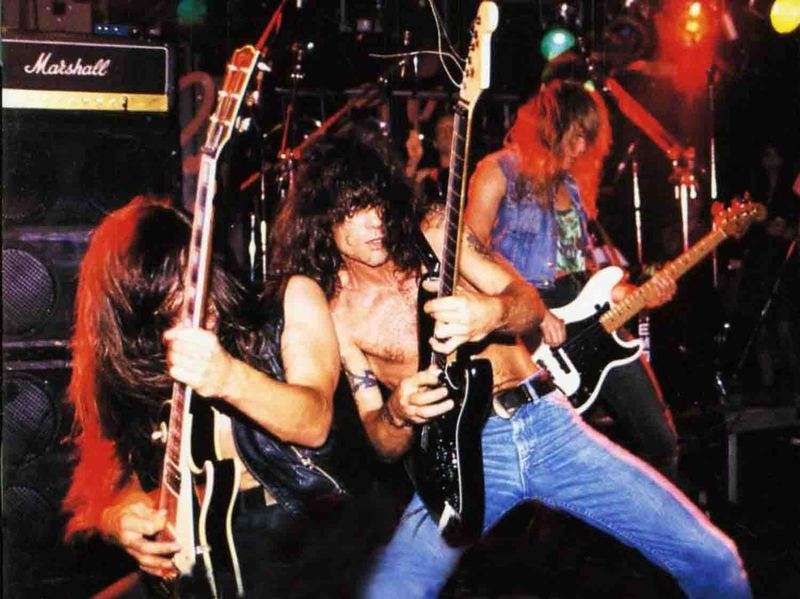 Hard Rock/Heavy Metal band lead by the guitarist and vocalist Ted Bullet, Thunderhead was a German traditional heavy metal band.They started their career in 1988 with the single "Take It to the Highway" and after that came the first full-length album, Behind the Eight-Ball. The band split up because of the death of the vocalist, Ted Bullet.After an unsuccessful audition with Victory, American vocalist Ted Bullet met ex-Viva guitarist Henrik Wolter and ex-Talon bass player Ole Hempleman in a Hanover bar, and with the addition of drummer Alex Scotti to complete this German-based band, recorded a demo that quickly prompted a contract with Intercord. Behind The Eight Ball was recorded when the band had hardly played a live date, but was a reasonable debut in a basic metal style similar to the Almighty’s early work, and sold well on the German market as the group played with Victory and Uriah Heep in the USA and in the UK and Europe with Motörhead. Busted At The Border and Crime Pays followed in the traditional metal footsteps of the debut, although Thunderhead became a more cohesive band as a result of their live work, with more power metal overtones to their heavily guitar-based sound. They maintained their level of success in Germany, undoubtedly helped by their frontman’s English vocals and outrageous onstage demeanour, but they remained a minor act in global terms.Reunited by some ex-members under the name Donnerkopf (German for Thunderhead) in 2002.

The best German street hard rock band has struck again! THUNDERHEAD, who have been certified to be the local counterpart to Motörhead in the past, prove on their third album "Crime Pays" that the numerous advance praise were by no means out of thin air. Already the opener 'City Cornered Man', which in my opinion is the best THUNDERHEAD song so far, makes it unmistakably clear where the Hanoverian troupe around the exceptional frontman Ted Bullet is going: robust neck breakers with pounding drums, pumping bass and rough guitars, the move between Motörhead-like rock'n'roll and hard blues. Dirty vocals thrown above everything, catapulting THUNDERHEAD from the studio into the middle of the street. Even if (as in 'Life Is Only A Goodbye') occasional quieter notes are struck, the bottom line is that a maximum of energy remains, which should be unique in this country. Henni, Alex, Ole and Ted have always been in a class of their own on stage - now they are on record too!excellent release once again for THUNDERHEAD in their usual street hrd rocking path with straight riffs,anthemic lines and those passionate vocals!i had the pleasure of catching them live at that tour and they were awesome!highly recommended like everything of them.