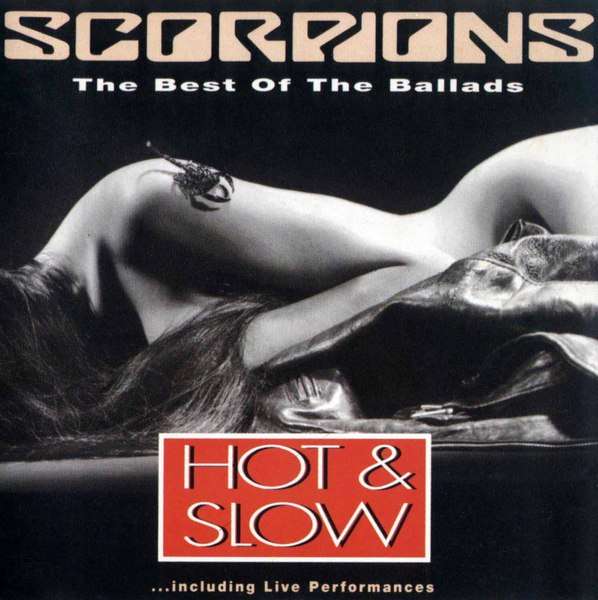 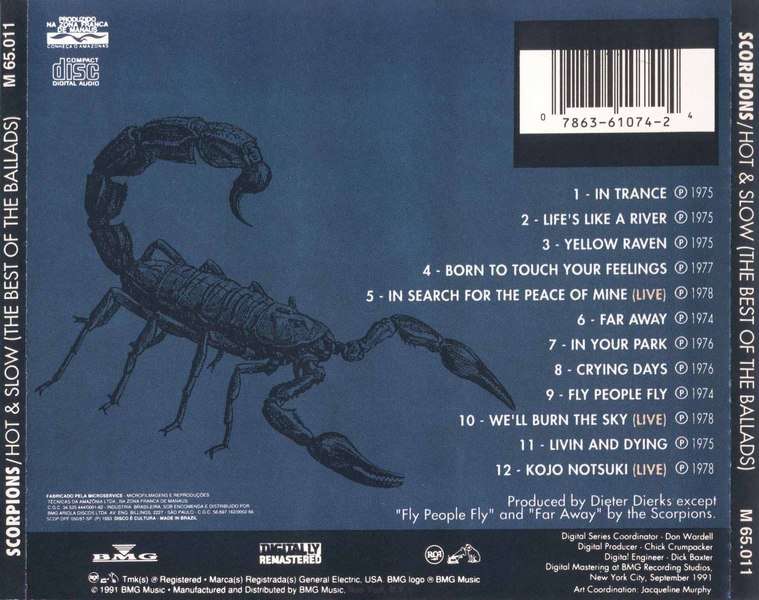 The album Hot & Slow: The Best of the Ballads is a compilation of the German hard rock band Scorpions. It was released on October 12, 1991 on the RCA Records label. With the exception of Fly People Fly and Far Away, produced by the group, all the titles are produced by Dieter Dierks. This compilation includes titles recorded while the group was under contract with the label RCA Records, say from 1974 with the album Fly to the Rainbow until 1978 with the double-album recorded in public Tokyo Tapes. These songs are rock ballads, a genre in which the group will later excel with titles like Still Loving You or Wind of Change.CD has great older tracks a real fan of the boys will appreciate! Breathtaking music and Vocals. Klaus Meine with his great vocal range is beyond words.This low-budge compiltation is a great primer for classic 70s Scorpions, focusing on the ballads & slow burners. Wish it had the instrumental "Night Lights" A couple of the songs I'd trade for space on a disc for some of their music up through "Winds Of Change" or some of the faster tunes from the companion album Hot & Heavy. It was a great disc to have as a kid in the late 90s/early 2000s.