California groove metal band, DevilDriver, will unleash their 7th studio album, Trust No One, on May 13th via Napalm Records. Today, the band has revealed the tracklist and launched a pre-order for the new record. Pre-order Trust No One now! Following their unprecedented success of 2013’s Billboard.Why is this an important release? It will be the first release since the departure of two pivotal members, drummer John Boecklin and guitarist Jeff Kendrick. The two have since been replaced with drummer Austin D’Amond and guitarist Neal Tiemann but will the music hold up?Does the title of the album need any explination? Well if it does, you're not getting one. According to the press release, frontman Dez Fafara states:“Regarding the title Trust No One, it’s rightly named and done so. There will be no explanation needed regarding what the title means.”I think I can figure out on my own what the title means. I think it means that you shouldn't trust anybody, but I could be wrong.I'm betting we'll be hearing some new music sooner than later. Are you into it? 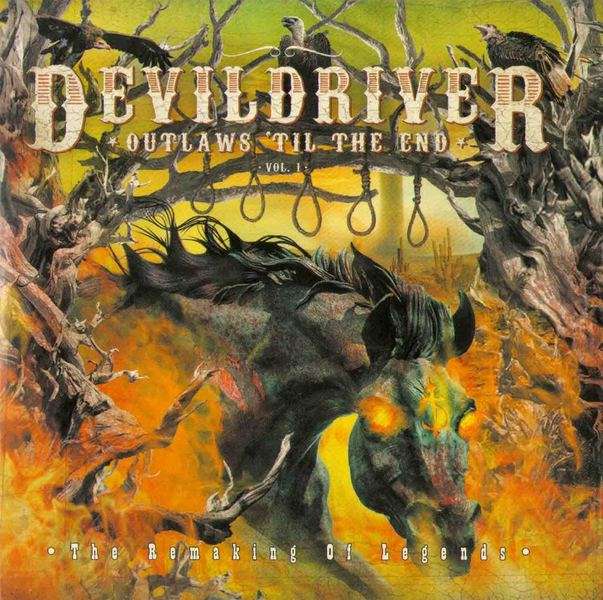 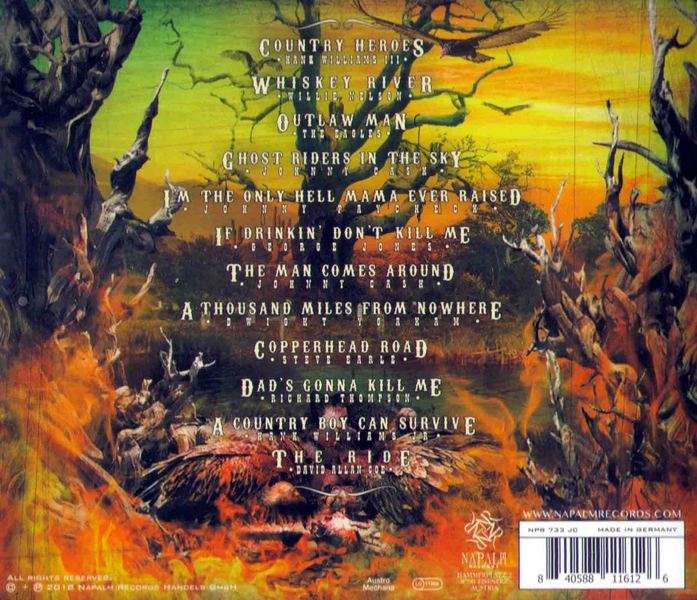 Outlaws 'til the End, Vol. 1 is the eighth studio album from American groove metal band DevilDriver. The album was released on July 6, 2018, via Napalm Records.On February 28, 2017, DevilDriver announced via their Instagram account that they are to release an outlaw country covers record, with 13 tracks currently in production, with over 15 "high caliber" guests contributing.On July 15, Fafara announced that the number of guests had risen to 20-25, and that these included artists such as Lamb of God's Randy Blythe and Mark Morton, Lee Ving from FEAR, Glenn Danzig, Testament's Chuck Billy, and John 5. In the same interview, Fafara revealed that some of the artists that would be covered on the album are Willie Nelson, Johnny Cash, Waylon Jennings, and Johnny Paycheck, with Steve Evetts as album producer.